Scandal of leasehold homes even WORSE than first thought

The scale of the leasehold scandal blighting families across Britain is even larger than feared, according to the government’s own figures.

A report from the Department for Communities and Local Government (DCLG) yesterday showed 4.2million properties in the UK – or almost one in five – are leasehold.

That is 200,000 more than the 4million the government initially estimated in April – piling pressure on ministers to outlaw the sale of new-build houses with leases.

A report from the Department for Communities and Local Government (DCLG) yesterday showed 4.2million properties in the UK – or almost one in five – are leasehold

While many of these properties are flats, which have traditionally been leasehold, there are now 1.4million houses that have leases including 186,000 detached homes.

The sale of newly-built homes with leases – which forces buyers to pay a yearly ground rent to the freeholder – has been dubbed ‘the PPI of the housebuilding industry’ after the mis-selling of payment protection insurance by the banks.

It is feared that thousands of families are now trapped in homes they cannot sell because of punitive clauses that see the ground rent double every decade.

Unless a cap is put in place, in theory this ground rent would cost more than £8million a year after 150 years.

Ministers have pledged an overhaul of the system to protect families from rip-off deals and a consultation on possible reforms closed this week. 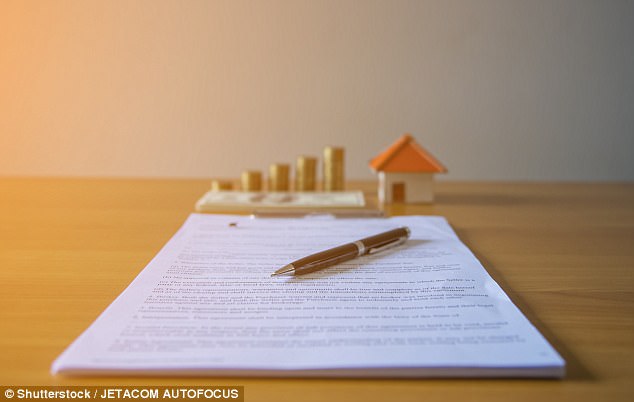 That is 200,000 more than the 4million the government initially estimated in April – piling pressure on ministers to outlaw the sale of new-build houses with leases

DCLG said it was planning to tackle ‘unreasonable abuses of leasehold’.

A spokesman said: ‘It’s unacceptable that home buyers are being exploited with unjustifiable charges and onerous ground rent terms.’

But Sebastian O’Kelly, of the Leasehold Knowledge Partnership campaign group, said: ‘The government is dragging its feet on this. It does seem to be taking an age.

‘Goodness knows where there needed to be a great long consultation giving ample opportunity to those that make money from leasehold to come up with their ridiculous proposals.’

The HomeOwners Alliance said: ‘We welcome the government’s recognition of the injustices in the current system, and proposals to ban the sale of new-build leasehold houses. But we also need to deal urgently with those already caught in this scandal, by curbing extortionate ground rents.

‘We believe the government should go much further, and set out a plan to abolish the leasehold system over time.

‘There are no redeeming qualities to the leasehold system, which is so complex and confusing to the public that partial reforms will mean it will remain a vehicle for unscrupulous landlords and investment companies to unfairly make money from homeowners.’