By Sally Hamilton For The Mail On Sunday

The organisation set up to help owners of flood-prone homes get affordable house insurance wants to drive down premiums further by encouraging a practice to ‘build back better’ homes after a deluge.

Flood Re will tomorrow present proposals to Michael Gove, Secretary of State for Environment, Food and Rural Affairs, that it believes will encourage more reductions in premiums while prompting both owners and insurers to do more to guard against any future fallout from flooding.

Since Flood Re was launched three years ago, premiums have dropped by at least 50 per cent for four out of five homeowners whose homes had previously suffered flooding.

Flood Re will present proposals to Michael Gove, Secretary of State for Environment, Food and Rural Affairs

Most victims of flooding can now shop around and find at least five insurers prepared to give them a quote.

About 250,000 owners of high- risk properties have been able to purchase cover that they would previously have been unable to afford or even obtain.

Insurers have been able to place the flood risk element of cover with Flood Re at fixed premiums linked to Council Tax bands. For a home and contents policy this is capped at £169 for an A-band property and £1,218 for an H-band home.

Flood Re is a joint Government and industry initiative. It now wants insurers to be allowed to do more to encourage investment in protection measures.

It would also like to see the scheme adapted from April 2021 so that insurers can pay out extra sums on claims to meet the cost of repairs that add flood resilience above and beyond straightforward repairs. Currently, policies simply pay for putting a property back to its pre-flooding condition.

It also wants homeowners to be rewarded with discounts on premiums if they have installed anti-flood measures.

These could be anything from airbrick covers, moving electrics higher in a building or flood resistant floors and kitchens. 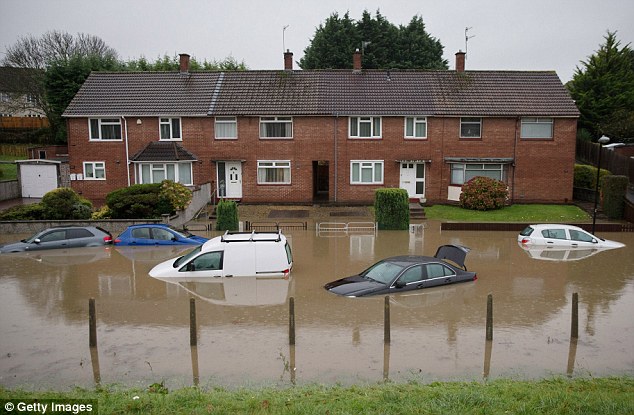 Andy Bord, chief executive of Flood Re, says: ‘The measures we are proposing would allow us to go further in providing peace of mind to householders and make the UK more resilient to future flooding.’

Flood events have been less acute in the last three years, but Bord says this should not breed complacency.

He adds: ‘Flooding is unpredictable, especially with climate change, and we cannot let it be a case of out of sight, out of mind.’

Martyn James, of consumer group Resolver, welcomes the proposals. He says: ‘Flood claims can be devastating and can take ages to sort out.

‘So rather than patch up the problem, the focus should be on flood-proofing and preventing. It’s a false economy to fail to do this.’