Police in London have unveiled new scrambler motorbikes to tackle the scourge of moped criminals.

Scotland Yard hopes the agile BMW bikes will be able to go after the thieves who disappear down alleyways or traffic-clogged streets.

The force are also bringing in wider use of remote-controlled stinger devices and so-called ‘DNA sprays’ in a bid to stop the up to 8,000 ‘moped-enabled’ crimes tacking place in the capital each year. 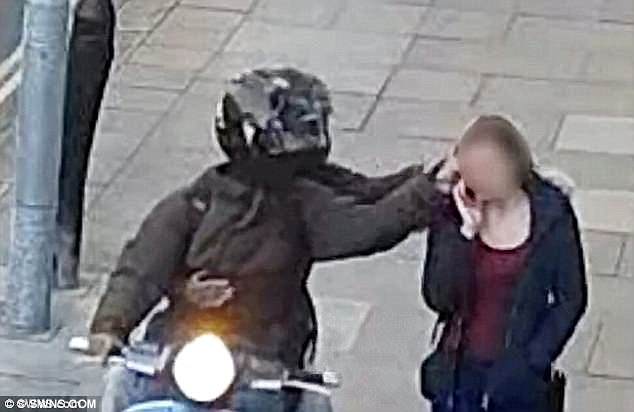 The bikes are planned to be used by highly-trained officers to chase suspects snared in police ambushes as the force steps up its response to the growing problem.

‘DNA sprays’ can be sprayed onto fleeing moped thieves and then picked up by UV light if they are later caught.

Stinger devices meanwhile will be used to deflate the tyres of criminals trying to get away on scooters.

Met Commissioner Cressida Dick said: ‘I was angered by the apparent perception amongst some criminals that they could operate with near impunity, committing strings of offences using scooters.

‘We have brought all our tactics and specialists together to use every ethical option to put a stop to the rise; arrest those responsible; disrupt offenders; dismantle the criminal markets that make these offences lucrative and change the public’s behaviour to make them a part of our effort.’

Mopeds are fast becoming the transport of choice for many of London’s criminals, with muggers stabbing and killing 28-year-old Abdul Samad earlier this month. 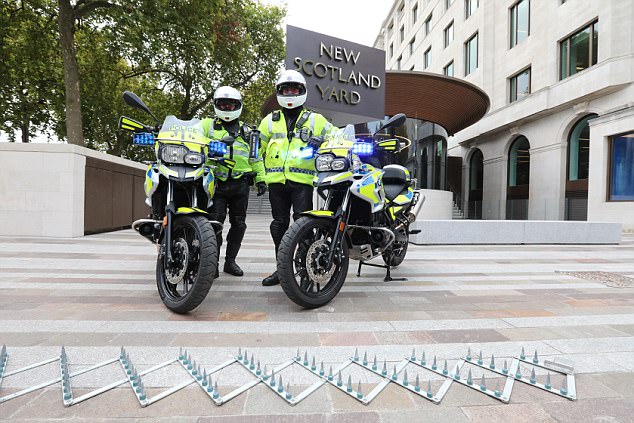 Mr Samad was attacked outside his home in Little Venice, three miles from the cafe incident, when muggers tried to snatch his iPhone 7.

The promising economics graduate is thought to have tried to keep hold of his phone before he was brutally attacked and left bleeding to death on his doorstep.

Moped smash and grab robbers meanwhile carried out their 16th raid in just five months when they stole from a designer boutique in Knightsbridge last month.

More than 8,000 offences were carried out by criminals on mopeds in London last year. The figure is 16 times what is was five years before ago.

Thugs favour the bikes because they are easy to get away on and, if they remove their helmets, police can be reluctant to chase them in case the criminals are hurt. 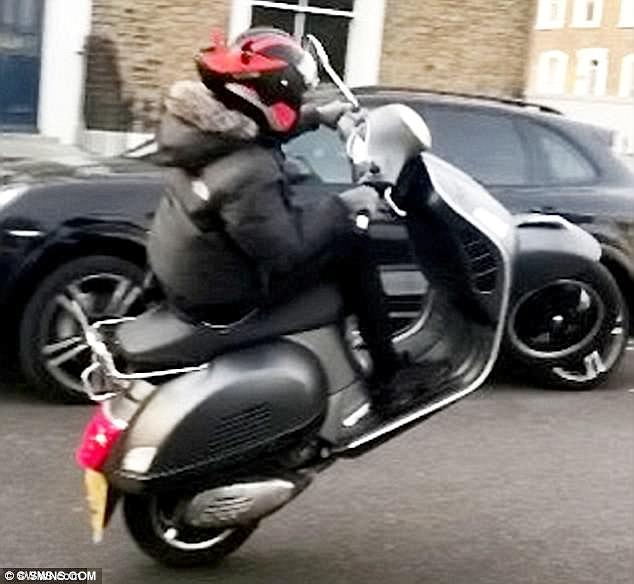 Earlier this month, a teenage trio who stole 103 phones in an 18-day reign of terror and targeted ex-Chancellor George Osborne were finally jailed.

The prosecutor in that case, Paul Fairley, said: ‘Recently, the UK – and London in particular – has seen a huge increase in what is termed ‘moped-enabled crime’ – robberies and thefts for, in the main, mobile phones.

‘The premise is simple. Obtain a stolen moped, or steal it for yourself, dress up in motorcycle clothing which has the effect of providing a very effective disguise, arm yourself if necessary and then drive about looking for mobile phones to steal.

‘They are easy to find, they are expensive and the sell-on price for the thief is significant.

‘These offences are difficult to detect. The offending rate was so high precisely because of the rewards available, and because there was a ready market.’