A crack team of private investigators have uncovered new information as they try to close the book on one of New Zealand’s most puzzling murders.

Scott Guy was gunned down at his farm gate in a rural community in Fielding near Palmerston North, on July 8, 2010, while his heavily pregnant wife slept in their home with their young son.

The chilling murder mystery has puzzled detectives and left his friends and family searching for answers.

His widow Kylee Guy, has continued to hunt for the killer and has funded another investigation with the help of donations on the 10-year anniversary of the tragic death.

Omega Investigations managing director Phil Jones is heading up the new inquiry and told Daily Mail Australia: ‘We have some very solid leads.’

‘A car was seen by a witness, a farm hand, at about the time we believe the murder took place,’ the former Detective Sergeant said.

‘It had come from the direction of Scott Guy’s farm and has never been eliminated.’

Mr Jones and his colleague Mike Crawford had clocked up hundreds, if not thousands, of free hours working on the case back in 2013 after Mr Guy’s brother-in-law was charged and later acquitted of the murder.

There had been tension between the two men over the future of the family’s farm.

Scott Guy (pictured left) with wife Kylee Guy (right). He was gunned down in a driveway near his house on July 8, 2010. Kylee says she knows who killed him but the police investigation has stalled and nobody has yet been brought to justice

Ewen Macdonald admitted to burning down an old house on the Guys’ property.

He also took an axe to the new home they had built, spraying angry graffiti on the side.

But after a four-week jury trial at the High Court in Wellington in July 2012, he was found not guilty.

Under New Zealand double jeopardy laws it appears extremely unlikely that Mr Macdonald could ever be charged again for the crime.

There is no suggestion Mr Macdonald was involved in the killing of Mr Guy.

Mr Jones said he couldn’t speculate on whether he suspects the killer was known to the victim, and the motive for the murder has remains shrouded in mystery. 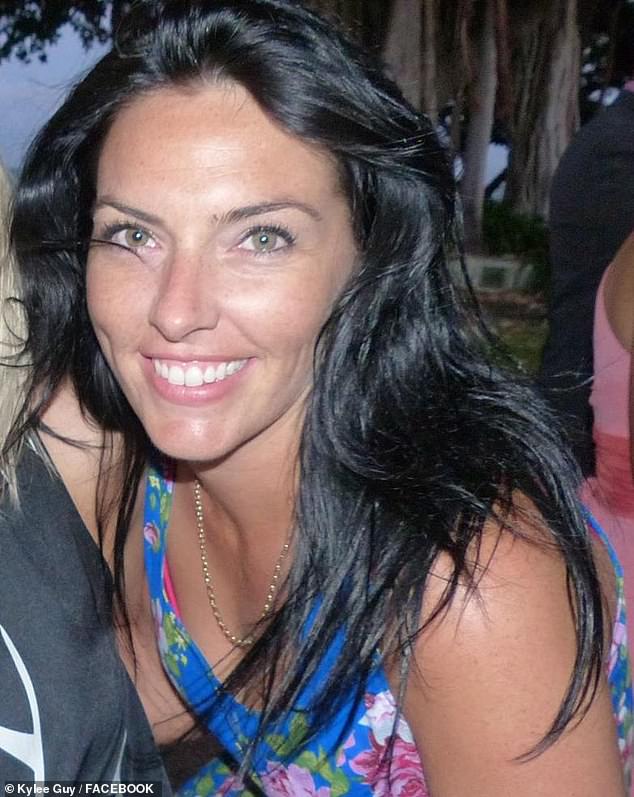 Kylee was just 18 and a trainee early childhood teacher when she first met Mr Guy at a rodeo and immediately fell in love with the charming, gentle, fun-loving dairy farmer

In a stunning revelation earlier this month, Mrs Guy told TVNZ’s Sunday program she knew ‘100 percent’ who killed her husband and she had a special warning for them.

‘You’re a coward,’ she told Sunday.

‘And if you can live with yourself for doing this – taking a father away from his children who was a good man – (you are) a coward.’

Kylee Bullock, then a trainee early childhood teacher, met Mr Guy when she was just 18 years old at a rodeo.

Mr Guy was a dairy farmer and an action man who could ride a bucking bull and jump through hoops of fire on horseback.

Mrs Guy described him as a ‘softie’ who had always wanted to be a dad, and would do anything to help people. 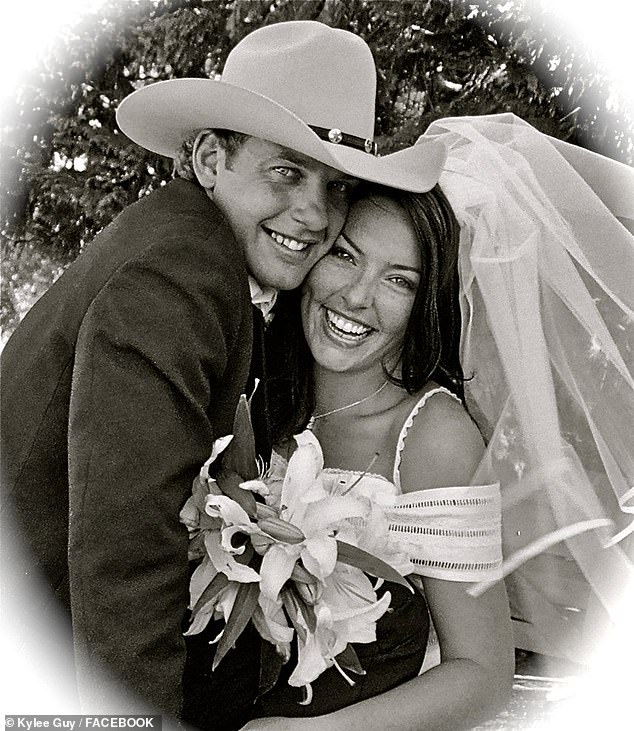 Kylee and Scott married in 2005 just two years after they met, and built a home in Fielding, NZ

She married him in 2005 and the couple soon had a son, Hunter.

The couple were busy doing up their house, while 31-year-old Mr Guy worked on his parents’ nearby dairy farm.

Mrs Guy was heavily pregnant with their second son Drover in 2010 when tragedy struck.

Mr Guy had woken early to milk the cows and his wife was still in bed with Hunter when she heard the noise of a truck outside. 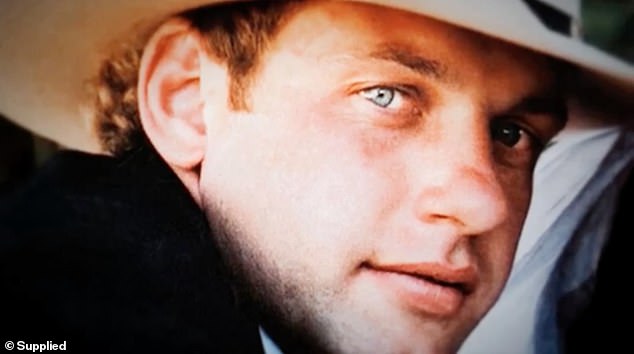 Scott Guy was just 31 years old when he was gunned down at the end of a driveway near the home he and Kylee had built. Heavily pregnant with their second son, Drover, Kylee was inside the house in bed at the time 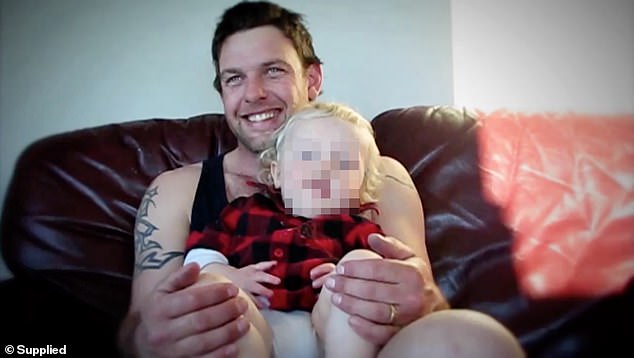 Scott and Kylee had their first son, Hunter, who was described as the centre of Scott’s universe

It was a neighbour who had found Mr Guy lying dead at the end of the driveway, shot through the neck.

Her two-year-old son Hunter began going into the garden to build stairways to the sky to try to get his father back.

Mr Jones is appealing to anyone with information to come forward.

‘We need the cooperation of the public to solve this,’ he said.

‘I definitely believe this case is solvable.’ 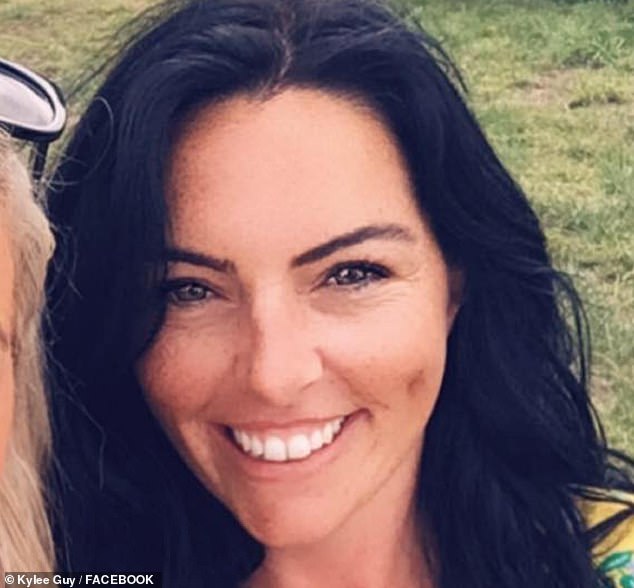 Kylee Guy had been a happy, smiley person before the killing but she doesn’t smile like this any more. She desperately wants closure in this case, for the guilty person to be brought to justice and she is pleading with the public to provide any evidence they have to NZ Police