A sex attack victim had to give a police officer a lift back to the station after she was interviewed because of a shortage of squad cars.

Officers in Scotland have also complained about dilapidated police stations, a shortage of furniture and rat infestations.

The rape unit based in Clydebank has ten officers although they are expected to operate with only two cars.

Police officers in Scotland have complained about a lack of basic equipment such as cars and office chairs which are impeding them in the ability to provide a service, file photograph 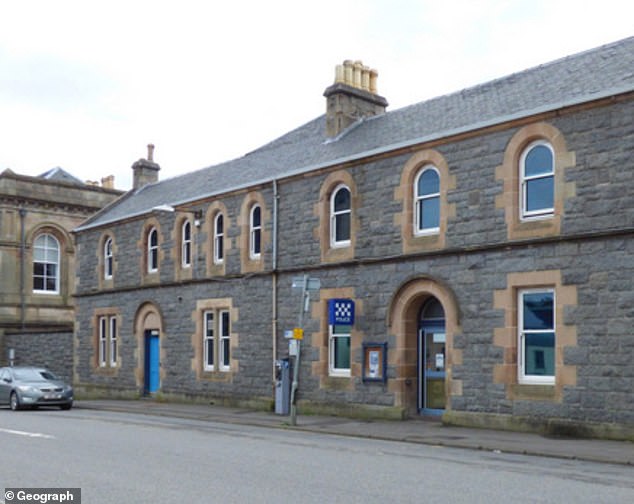 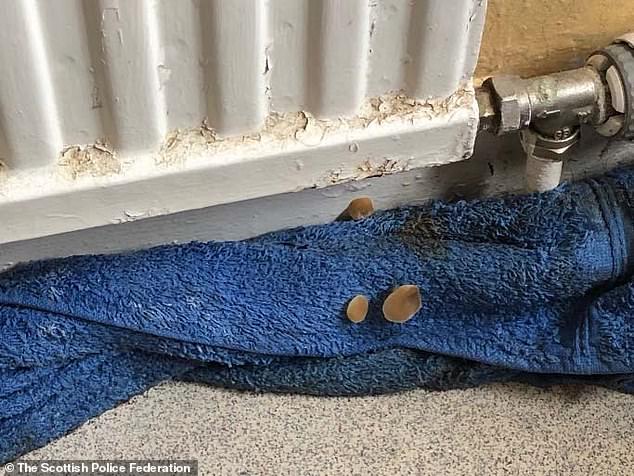 According to the Daily Record, the woman accompanied the police officer back to the station in her own car so she could pick up a personal protection alarm.

The Scottish Police Federation has also issued a damning report about the current situation.

Researchers discovered that in Argyll and Dunbartonshire the region’s sex offender management unit has only one dedicated car to keep track of more than 100 registered sex offenders.

The report claimed: ‘Quite simply, this presents considerable risk for the Police Service of Scotland and the wider public.’

Some police officers said they had to retrieve office chairs from skips in an effort to replace ones in a worse condition.

The Press and Journal found that officers in Oban Police station were forced to use sheets of paper to cover holes in the walls, while mushrooms were found growing on towels in a shower room.

The report discovered that Lochgilphead police station has been infested by rats.

According to Michael Russell, SNP MSP for Argyll and Bute said: ‘This report is very worrying. It is shocking that Oban Police Station has been allowed to deteriorate in this way and I would expect an urgent response from Police Scotland at the most senior level. 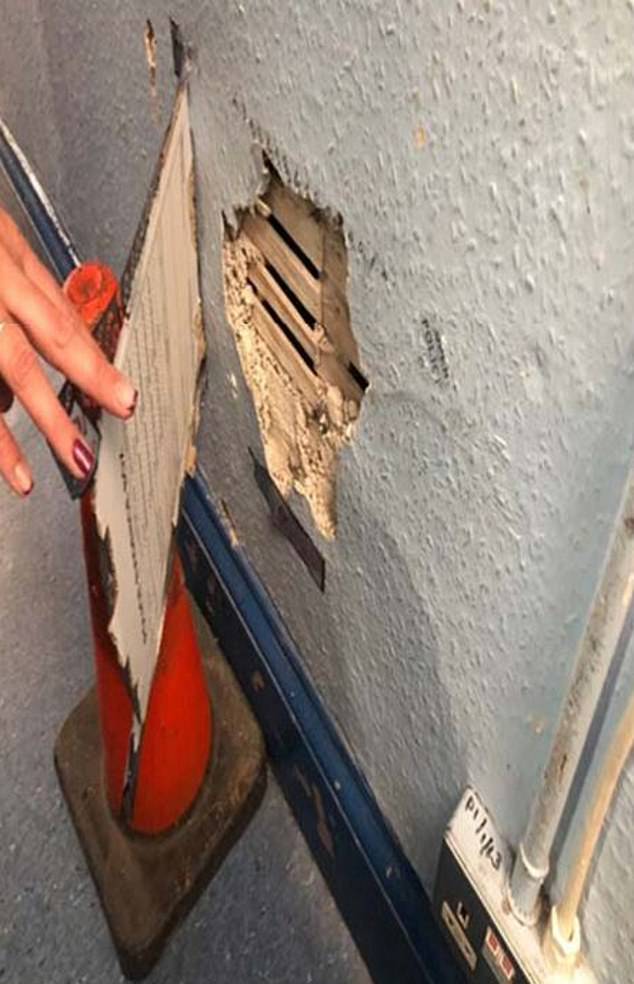 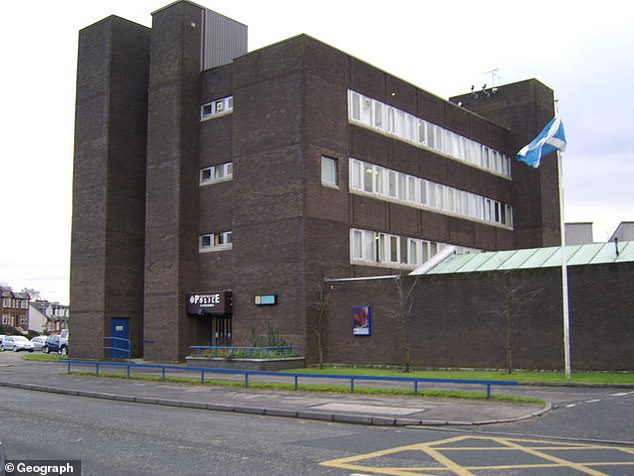 An officer in Clydebank had to ask a sex attack victim for a lift back to the station, pictured, because of a shortage of available squad cars 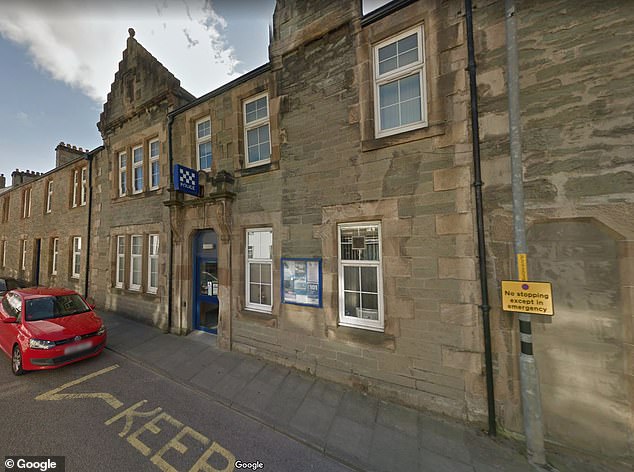 Lochgilphead police station, pictured, has been infested by rats

‘There needs to be a clear, urgent, plan for something new and clear urgent action to make it happen.’

According to the report, two officers required treatment after feeling nauseous while inside the Mitsubishi Outlander while on patrol in Kirkintillock, East Dunbartonshire on Friday April 12.

Brian Jones, who deals with health and safety at the Scottish Police Federation said: ‘There have been concerns raised before that this brand of vehicle but nothing was definitively found.

‘However, the officers who were driving that vehicle last weekend had significant issues.

‘It made them feel sick and they suffered excruciating headaches. The decision was taken to take that vehicle off the road and the Fleet Manager was contacted straight away.

‘It’s quite difficult to say what’s actually causing the fumes to come from the engine compartment into the seating compartment. 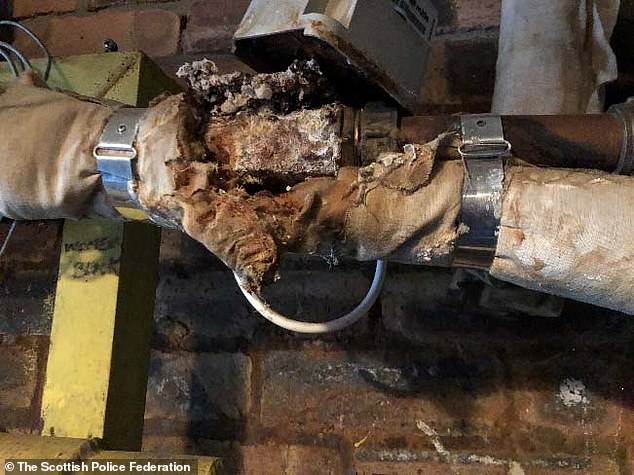 The Scottish Police Federation have demanded action to repair the unsafe conditions, pictured

‘They haven’t been able to identify this irrespective of a number of vehicles being off road already or previously.

‘From the smell, they’re assuming it’s exhaust fumes. It may not be. It may be something from the coolant system. We don’t know so we can only go with what they believe it is.

‘They’ve had exactly the same issues in Aberdeen and in the Scottish Borders with the same type of vehicle.

‘We’re kind of prodding about in the dark. We can only report what the officers tell us. On this occasion, Police Scotland acted very quickly.

‘By the Saturday morning, the vehicle had been taken off the road to ensure that no other officers could be exposed to any risk whatsoever.’

Mr Jones said the Mitsubishi Outlanders were being phased out because of their age.

New  figures showed that 349 police cars suffered a fault last year – an increase of 100 on the year before.

‘Two of the vehicles in question had faulty components, one has been taken off the road, the other has been repaired.

‘The third car was found to have no fault, however this is due to be replaced in the next two weeks.

‘All remaining Mitsubishi Outlanders are being checked as a precaution.

“More than 80 per cent of these vehicles are due for replacement in the next few months, with the remaining cars being of lower mileage.’