Seamstress sues Bunnings for $300k claiming a boom gate fell on her head – and says it’s left her anxious, reclusive and unable to sew as fast

A seamstress is suing Bunnings for $317,000 claiming a boom gate fell on her head.

Gold Coast woman Angela Julienne Kraay says she has become anxious, reclusive and unable to sew quickly since suffering a traumatic brain injury at the Oxenford store on August 21, 2015.

She lodged a claim against the hardware giant in the Southport District Court last month.

It is alleged she was walking through the timber yard when a boom-gate ‘suddenly lowered and a sharp metal sign’ struck her on the front left side of her forehead.

Angela Julienne Kraay (pictured before the alleged incident) claims she has become anxious, reclusive and unable to sew quickly after allegedly being hit in the head by a boom-gate at a Bunnings store in August, 2015 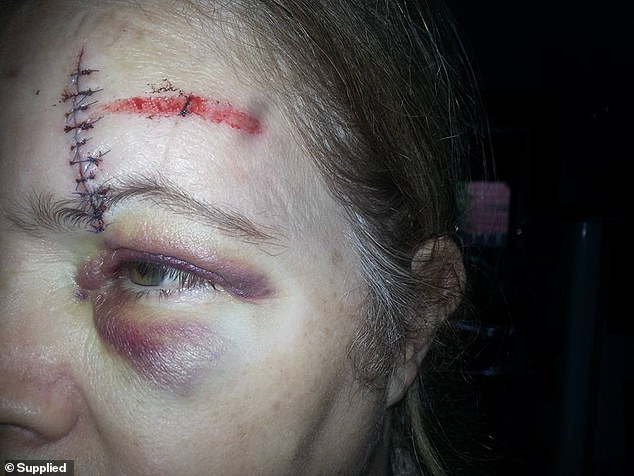 The Upper Coomera resident claims the incident left her with a mild traumatic brain injury which impairs her memory and cognitive ability.

She says this has slowed down her ability to perform normal tasks.

‘I used to love the outdoors, I ran a business as a seamstress and I spent as much time as possible with family and friends,’  she told Daily Mail Australia in a written statement.

‘Now I’m a recluse and prefer to stay home because I’m so anxious and have lost so much confidence, both professionally and personally.’

‘I still live with terrible discomfort and it’s also been hard for my partner who has been supporting me since the accident.

‘No amount of money can undo what has happened to me but I want Bunnings to make changes to protect the safety of other people.’

In court documents, it is alleged the incident has also impacted her business as she cannot sew as quickly, and has either had to turn down jobs or takes longer to complete them. 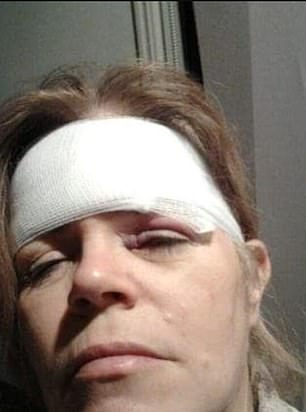 It is alleged she also needs more help from her partner to complete household chores.

Shine Lawyers senior solicitor Daniel Hemmings said the incident could have been prevented if Bunnings had ‘taken reasonable steps’ to protect customers.

‘We believe this wouldn’t have happened if Bunnings had clear signage guiding pedestrians away from the vehicle exit and toward a designated walkway,’ he said.

‘We also allege there were no flashing lights or sounds installed to warn customers when a boom gate was about to close.

‘This litany of failures resulted in our client being struck in the head with a sharp sign attached to the boom gate and the consequences for her have been serious.’

Ms Kraay claims the injury could have been easily avoided if Bunnings had not failed to provide a marked walkway, prevented pedestrian access or removed the sharp metal sign, the court documents state.

Bunnings regional operations manager Margaret Walford said: ‘The safety of our team members, customers and the community is our number one priority and we are careful to ensure our stores and yards are safe.

She said Ms Kraay’s claim will be reviewed and decided by the court. 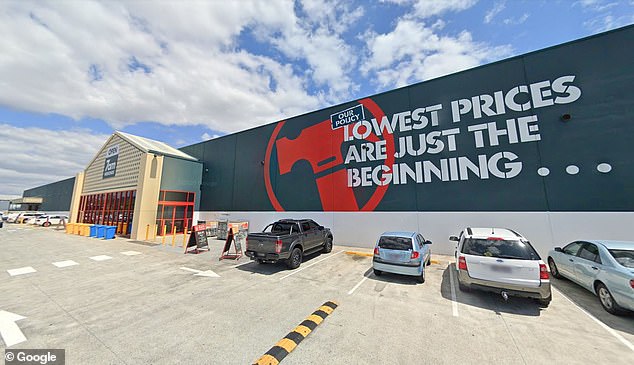 The incident allegedly occurred at the Oxenford Bunnings store (pictured) on August 21, 2015