A wound-up Cristiano Ronaldo continued to taunt Atletico Madrid fans after Juventus’ 2-0 defeat, holding up five fingers in the media zone for each of his Champions League titles.

Having been singled out by the Spanish supporters on Wednesday night, the Portuguese responded to taunts by repeatedly performing the gesture, a clear reference to his incredible success in the competition.

And evidently the 34-year-old was still seething after the game as he marched through the Wanda Metropolitano media zone with a scowl on his face. 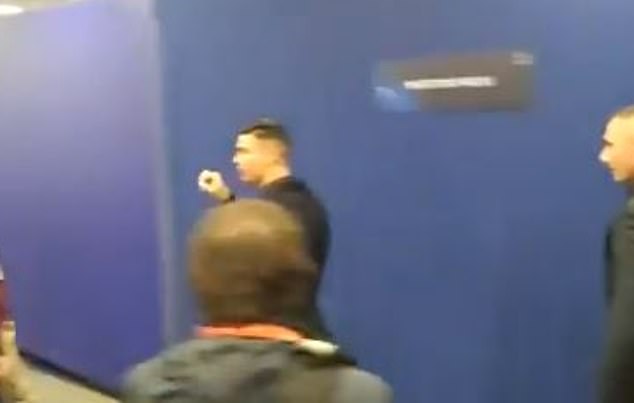 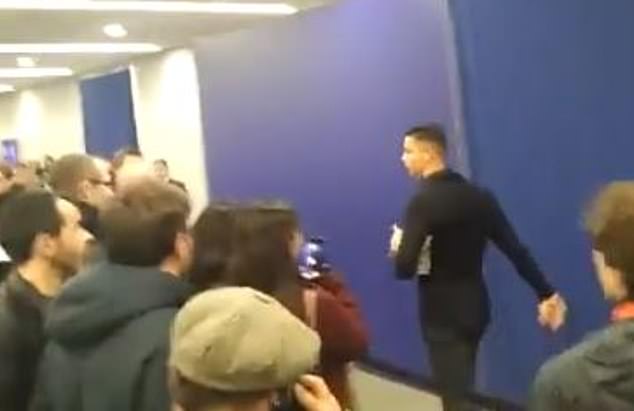 He refused to speak directly to any journalists but again held up the five-finger gesture and declared: ‘I won five Champions Leagues and these guys none.’

Ronaldo made a zero with his hand as if to drive home the point as he sped away clutching his luxury wash bag under his arm.

The Portuguese forward was jeered throughout the match at the Wanda Metropolitano Stadium.

As a former Real Madrid legend, he attracted plenty of ire from the home support and it seemed to get under his skin.

He fixed those mocking him in the stands with a glare and held the five fingers towards them, shaking his hand in a wave to ridicule the naysayers.

His response was unequivocal and impossible to argue with having won the Champions League four times with Real Madrid and once with Manchester United. 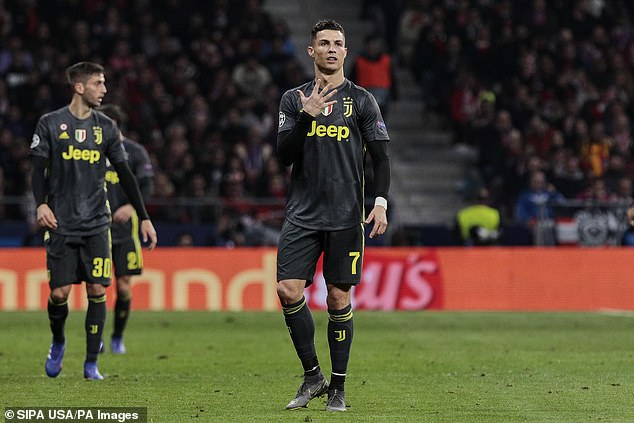 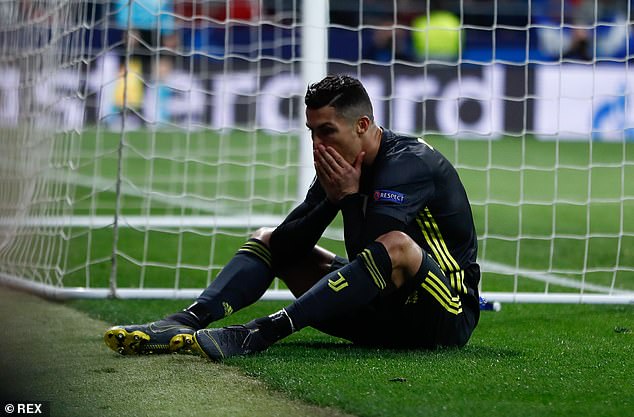 But it will take a special effort to add number six to the list this season.

Juventus will need to produce a remarkable turnaround in the second leg to reverse the two goal deficit.

Late goals from Uruguayan defenders Jose Gimenez and Diego Godin mean Diego Simeone’s side will be heavy favourites to progress.

Juventus boss Massimilano Allegri still holds out hope that his men will be able to turn it around. 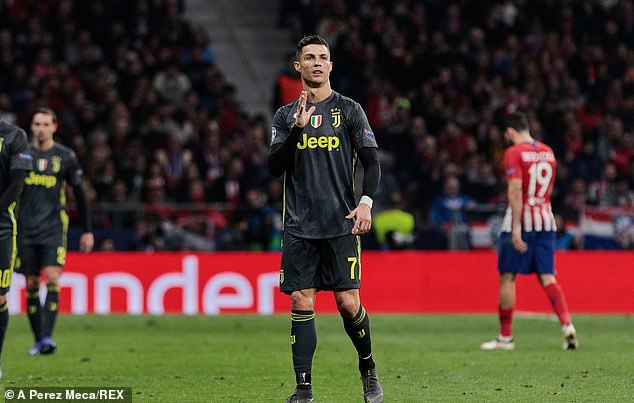 ‘We were not dead after the 3-0 home defeat against Madrid last season and we are not dead now,’ Allegri told UEFA.com.

‘We have to forget this defeat quickly and try to play better in Turin because against a team like Atletico you miss a pass and you are in trouble.

‘We’ll have some players back and there’s no point crying over spilt milk. We got the approach wrong in the second half – it’s that simple. These things can happen.

‘It will not be easy in Turin – we will need a great game, but I remain confident.’

And Diego Simeone accepted that Atletico will have to ‘suffer’ if they want to progress to the quarter-finals. 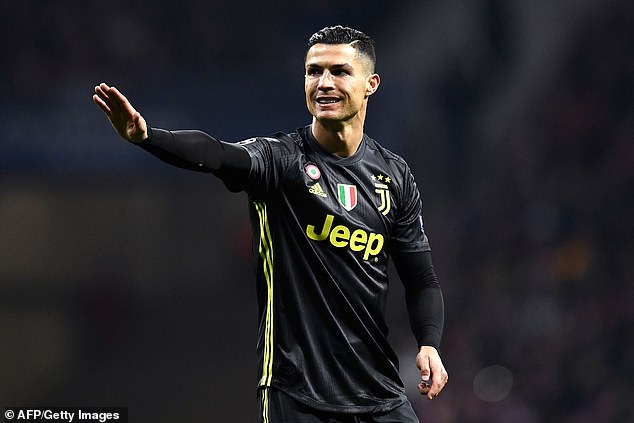 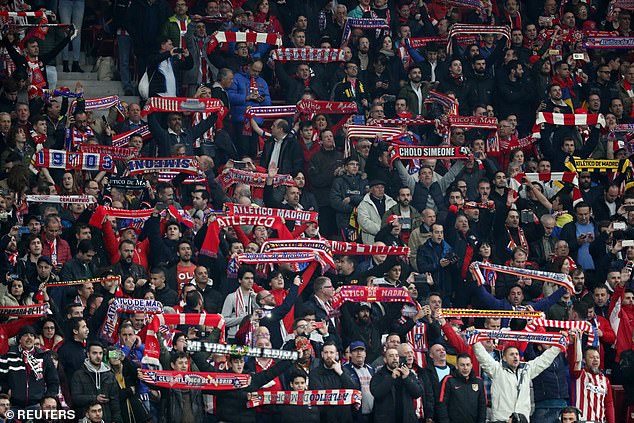 ‘We know it will be difficult in Turin, I’m sure we will have to suffer a lot. I don’t see any other way to do it,’ he said.

‘These are my boys. There are lots of things you can win, but you remember these moments of a competitive team.

‘It’s the best thing that can happen to a sportsman – being in a group that knows how to compete and fight like brothers.

‘We were a really strong team. We took the game to where we wanted it to be.

‘We got comfortable as the minutes passed, created chances and finally got the goals that give us a win against a really, really strong opponent,’ he concluded.