Selena Gomez’s mother Mandy Teefey has revealed she nearly died after being diagnosed with double pneumonia, recalling how doctors gave her just two days to live while she was battling the illness in hospital.

Mandy, 45, spoke out about her recent health scare in an Instagram post this weekend, when she also railed against online trolls who ‘attacked’ her weight gain in the wake of her illness, explaining that she ‘gained 60lbs’ as a result of the infection, which saw her go from a size 8 to a size 16.

‘I was told I had days to live,’ she wrote, while sharing two images of herself in the hospital – including one selfie that showed her with an oxygen tube and which was shot on the day she was ‘told she had days to live’.

‘I had miracle [doctors] and love from my family and friends to keep me going. I fought. The [doctors] fought and I was one of the few who made it out.’ 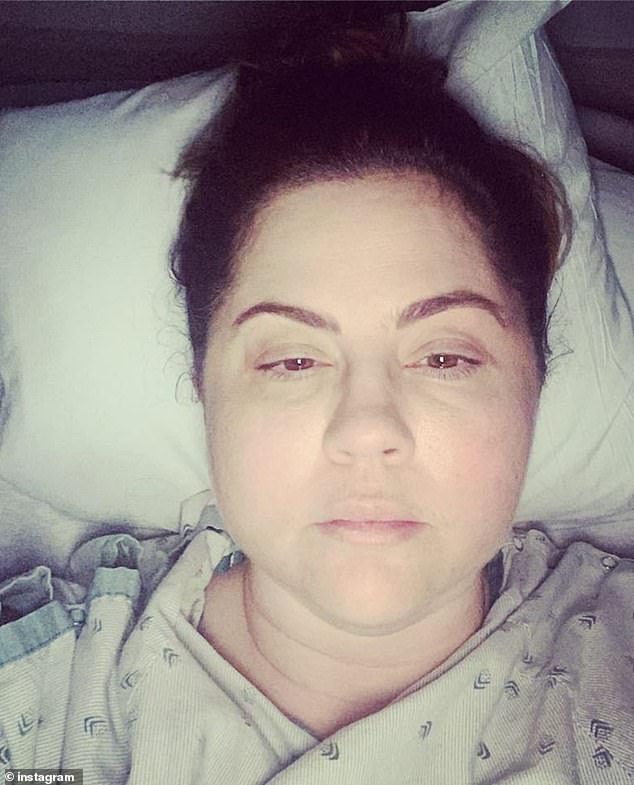 According to the mom-of-two – who shares popstar Selena, 29, with her ex-husband Ricardo Joel Gomez – she hadn’t planned to ever speak out about her health battle so publicly, but felt inclined to share her story after facing a series of ‘personal attacks’ over her weight gain.

Mandy says she became a victim of online trolling after posing on the cover of Entrepreneur magazine with her famous daughter to promote their new mental health-focused company, Wondermind, writing: ‘I wasn’t ever going to discuss this, but I knew when the Entrepreneur cover came out comments on my weight were going to be DM’d to me.’ 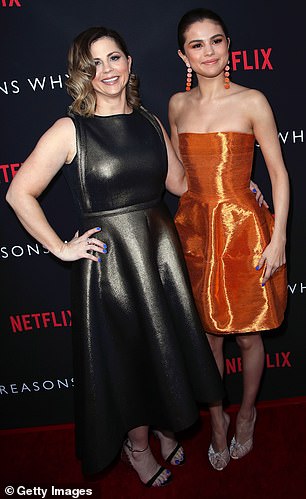 Mandy, who shares daughter Selena (seen together in 2017), 29, with her ex-husband Ricardo Joel Gomez, chose to speak out about her diagnosis after facing cruel ‘attacks’ over her weight gain in the wake of her illness

Explaining that the shoot took place just three-and-a-half weeks after she was released from the hospital, Mandy opened up about the physical toll the infection had on her body – while insisting that she ‘could care less’ about her changing figure given that she was lucky enough to have survived her near-fatal illness.

‘I gained 60lbs plus inflammation from the infection,’ she shared. ‘I never gave up on myself or Wondermind coming to reality. I had zero business to be at a photo shoot.

‘So, yesterday was a beautiful day for many reasons filled with personal attacks. I’m healthy and I will work on myself at my pace. It’s a miracle I am here and could careless if that means I’m a 16 instead of an 8.’

Mandy refrained from sharing the harshest comments and DMs that she received, instead posting a screenshot of a ‘polite offer’ that she received from an Instagram user promoting a medication-free weight loss method.

‘Hello dear Mandy, I know the most effective way to lose weight,’ the message reads. 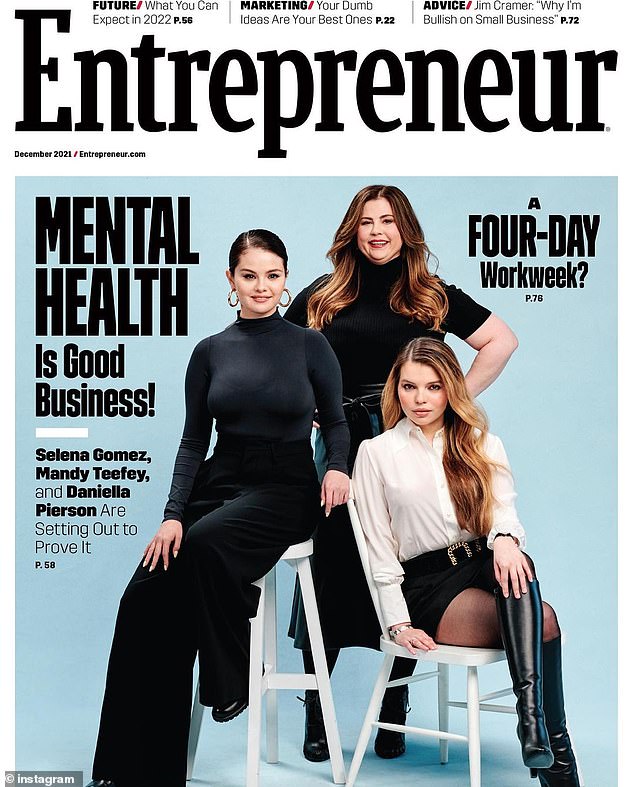 According to Mandy, she faced a series of ‘personal attacks’ on her appearance after posing on the cover of Entrepreneur magazine with her daughter last week 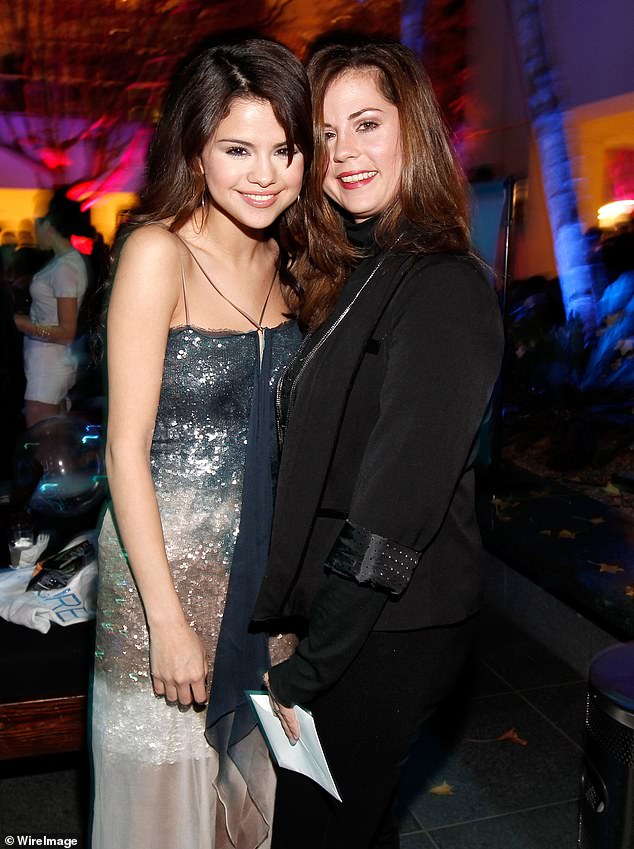 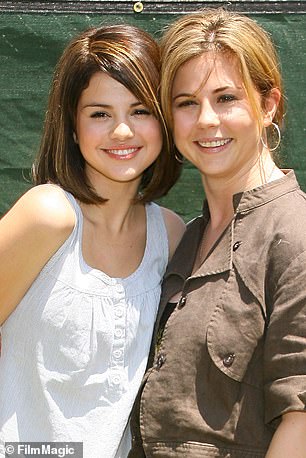 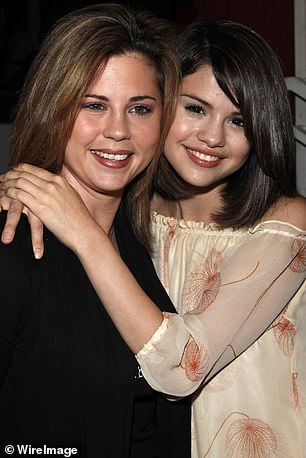 Selena (seen with Mandy in 2009) has not yet addressed her mother’s health scare, nor has Mandy revealed whether her pneumonia diagnosis was related to COVID-19

Selena’s mother did not reveal when exactly she was hospitalized with double pneumonia, not did she indicate whether her diagnosis was in any way related to COVID-19.

According to Healthline, pneumonia is a lung infection that affects your lungs. The infection inflames the air sacs in your lungs, which fill with fluid or pus. This inflammation makes it hard to breathe.

Pneumonia can be a complication of COVID-19. WebMD reported that most people who get COVID-19 have mild or moderate symptoms like coughing, a fever, and shortness of breath. But in some cases, people have developed severe pneumonia in both lungs from the virus.

Popstar Selena has been an outspoken supporter of the COVID vaccine, speaking out in May to blast the ‘false information’ being spread about the shots on social media, days before taking part in Global Citizen’s VAX Live benefit to raise money and global awareness for the jabs.

‘People [are] getting false information,’ she told Extra at the time. ‘It’s scaring people and it’s circulating on all these different sites and I see these heads of companies not doing anything about it.

‘I wanted to be a part of this to make those conversations happen, to reach out to people who aren’t getting the vaccine and help them in any way we can.’

That same month, her mom revealed on Instagram that she had been struggling with her physical and mental health, writing in a post shared at the time: ‘This past year has been a year of growth. I struggled with health issues, mental issues and rediscovery.’

Selena has had some health issues of her own over the years. She was diagnosed with the auto-immune disease lupus in 2014, and in 2017, it got so bad that she had to get a kidney transplant.

Her close friend and fellow actress Francia Raisa donated her kidney to the former Disney star.

‘I’m very aware some of my fans had noticed I was laying low for part of the summer and questioning why I wasn’t promoting my new music, which I was extremely proud of,’ Selena wrote on her Instagram at the time. ‘I found out I needed to get a kidney transplant due to my Lupus and was recovering.

The dangers of double pneumonia: The life-threatening lung infection that left Selena Gomez’s mom fighting for her health

There are a number of different treatment methods for double pneumonia, including antibiotics, anti-virals, anti-fungals, and – in the most severe cases – supplemental oxygen or a ventilator to assist with breathing. 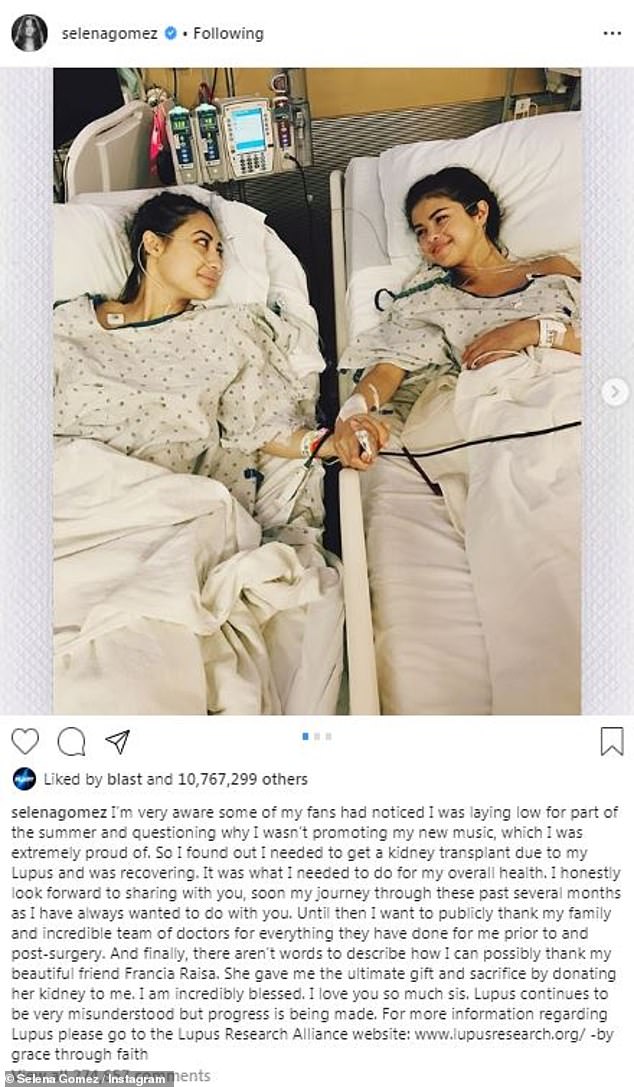 Selena was diagnosed with lupus in 2014, and in 2017, it got so bad that she had to get a kidney transplant. Francia Raisa donated her kidney to the former Disney star

‘It was what I needed to do for my overall health. I honestly look forward to sharing with you, soon my journey through these past several months as I have always wanted to do with you.

‘Until then I want to publicly thank my family and incredible team of doctors for everything they have done for me prior to and post-surgery.

‘And finally, there aren’t words to describe how I can possibly thank my beautiful friend Francia Raisa.

‘She gave me the ultimate gift and sacrifice by donating her kidney to me. I am incredibly blessed. I love you so much sis. Lupus continues to be very misunderstood but progress is being made.’

According to Lupus.org, Lupus is a ‘chronic (long-term) disease that can cause inflammation and pain in any part of your body. It’s an autoimmune disease, which means that your immune system – the body system that usually fights infections -attacks healthy tissue instead.’