Meghan McCain made a quick trip back to Arizona over the weekend, where she spent time with her father at the family’s compound in Phoenix.

The newest co-host of The View posted a photo of herself and her dad, Senator John McCain, to Instagram on Sunday, writing: ‘No place I would rather be.’

She and her father also posted the exact same video to their social media accounts of Oak River, which runs through the property.

It has now been over eight months since Sentator McCain revealed he was battling a primary glioblastoma, a brain tumor that renders most of its victims dead within just a few months.

‘No place I would rather be’: Meghan McCain posted a sweet snap of her and her father John over the weekend in Phoenix

Senator McCain made it clear that he is no fan of Haspel soon after President Donald Trump announced that she would be his nominee for the position after nominating Mike Pompeo for secretary of state in the wake of Rex Tillerson’s exit from the White House.

‘The torture of detainees in U.S. custody during the last decade was one of the darkest chapters in American history. The Senate must do its job in scrutinizing the record & involvement of Gina Haspel in this disgraceful program,’ wrote McCain.

The tweet did not unequivocally state whether or not Haspel was involved in this practice, but still drew the ire of Cheney, who last year was elected as a US Representative for the state of Wyoming.

‘The Enhanced Interrogation Program saved lives, prevented attacks, & produced intel that led to Osama bin Laden. The techniques were the same as those used on our own people in the SERE program,’ ,wrote Cheney.

‘No one should slander the brave men & women who carried out this crucial program.’

That comment did not sit well with a number of people, particularly Meghan, who quickly fired back: ‘My father doesn’t need torture explained to him.’

Cheney had no response for Meghan on that tweet, but did make a point of posting her response for a second time.

The attack on McCain by Cheney was a bit shocking, but nothing like the ones he was subject to during the 2016 campaign. 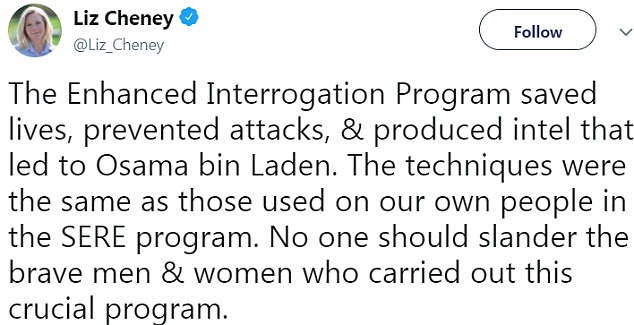 Third: Meghan then jumped in and said that her dad ‘doesn’t need torture explained to him’ 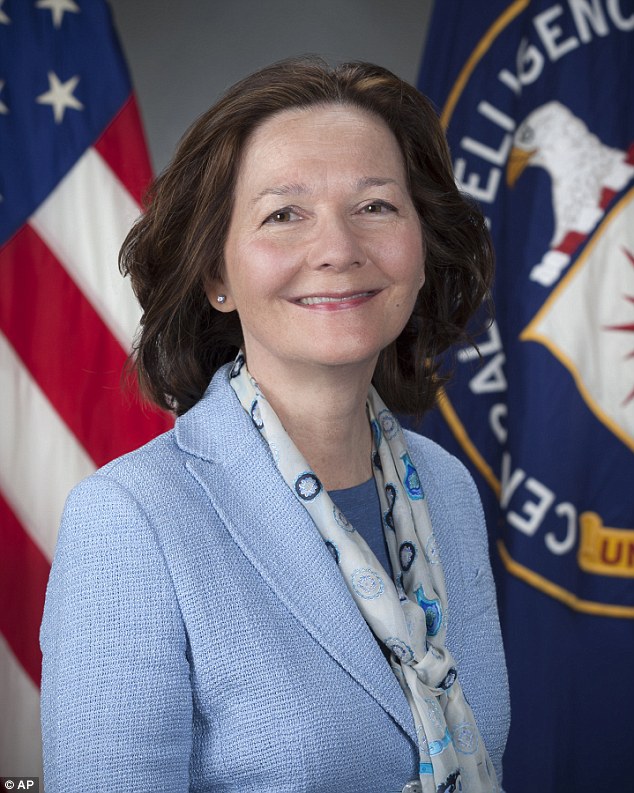 President Trump displayed just how far he was willing to go in when he stated that the former POW was not a hero in his mind because ‘heroes don’t get caught.’

At the time, it seemed like that statement might signify the end of the Republican hopeful’s campaign just two weeks into the race, especially since President Trump avoided the draft on five occasions.

Four times he was able to avoid heading overseas on an education deferment, while his fifth deferral was granted for his bone spurs.

Cheney’s father got five deferments from the war as well incidentally, four because he was a student and the fifth on account of the fact that he was a new father.

McCain did not defer, and spent five years as a prisoner of war after his plane went down in Vietnam, where he was kept in a cage that limited his movement and left him unable to fully raise his arms.

Senator McCain has often said that it was those years that made him love his country and want to run for office.