Greek supporters have accused officials of taking a ‘racist approach’ after they were booted from the Australian Open.

‘About 6.05pm this evening a group of 15-20 males were evicted from the tennis for disruptive behaviour,’ Victoria Police said in a statement.

‘The group had received numerous warnings during a match on Court 8 from a match referee, security and police. 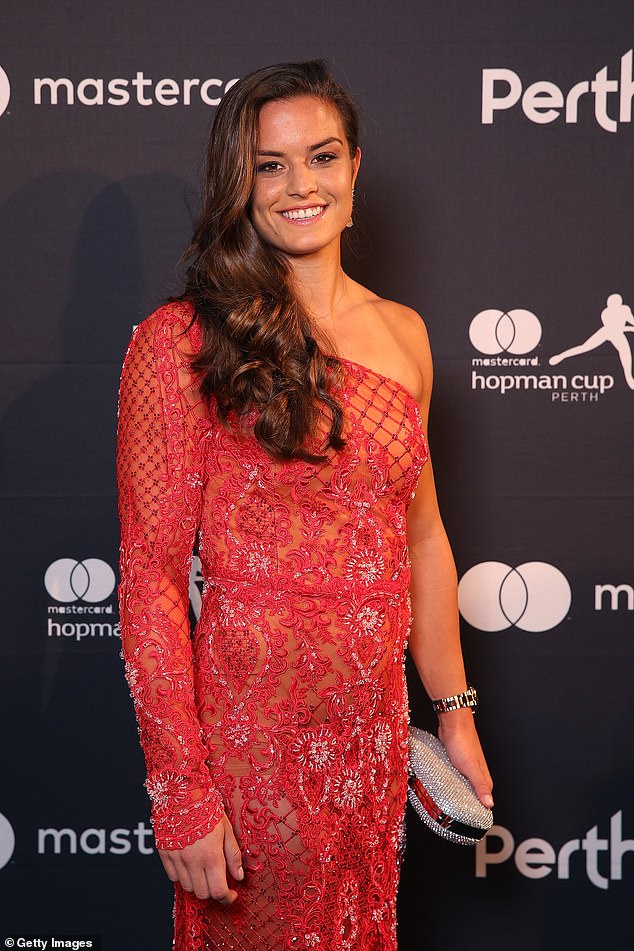 ‘After the match the group were asked to leave and did so peacefully.’

Armani Nikkas III was evicted with the group, and told The Herald Sun they were simply celebrating, with no reason to be kicked out.

‘Today we were supporting our country, the Greeks, and we were chanting and people kicked us out for no reason,’ Mr Nikkas said.

Sakkari, who was dubbed ‘sexy’ by the group and won the match in straight sets, said she felt the support had been positive and that she would miss the fans if they were banned from attending her future matches. 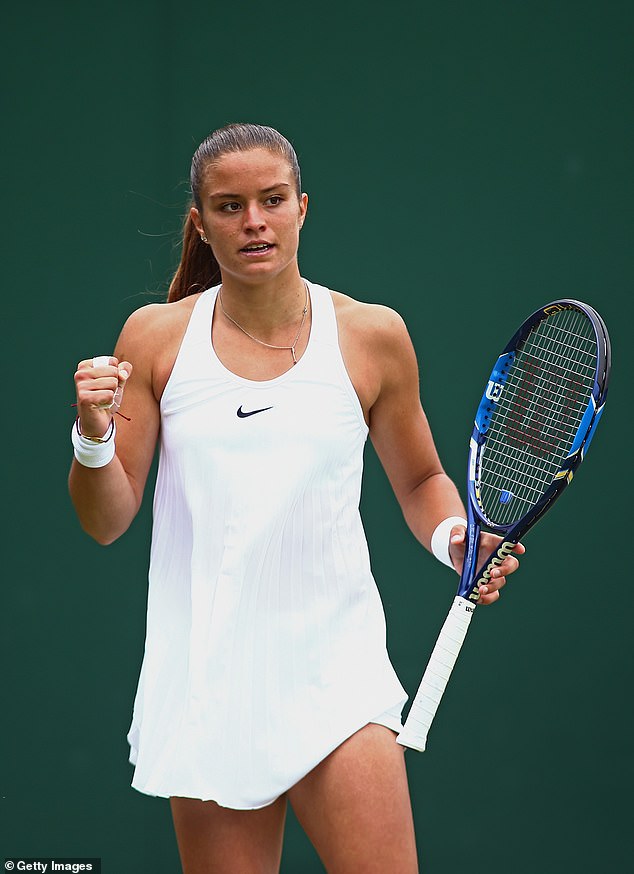 Sakkari, who was dubbed ‘sexy’ by the group and won her match in straight sets

‘It is going to be different playing here without them (if banned) for sure,’ Sakkari said.

‘I really like it and it makes me play even better and get more pumped; that’s why it’s one of my preferred places to play.

‘So I really hope that it’s not going to happen.’

On Monday, Greek world number 6 Stefanos Tsitsipas welcomed the positive support but said Greek fans needed to be more respectful of the opposition and stop acting like football fans. 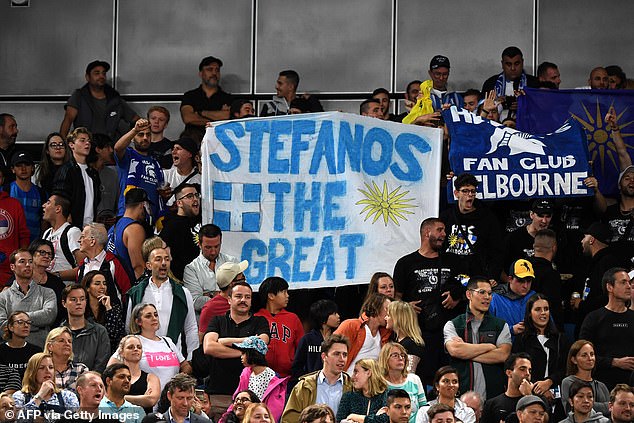 Stefanos Tsitsipas told his fans to be more respectful of his opponents, and leave the chanting for the football field, not the tennis court

‘That’s all. Nothing else. They can do what they’re doing, but probably with more respect,’ he said.

Sakkari felt the fans during her match on Wednesday had been more than fair.

‘They respected the opponent at the maximum. They were not disrespectful, they had stopped when they had to stop. They were not say yelling on her double faults or mistakes,’ she said.

‘The only thing that they were yelling was ‘break, break, break’ but even Australians do it, Israelis do it, everyone does it.’

As they were leaving the venue, the fans chanted ‘we’re coming back on Friday’ when Tsitsipas takes on Canadian Milos Raonic in the third round.