Sharon Stone, 64, looks youthful in a colorful floral-patterned jacket and ripped jeans as she heads to a lunch meeting in Beverly Hills

Actress Sharon Stone was spotted in Beverly Hills on Wednesday.

The 64-year-old star kept to herself as she darted around the streets by foot wearing a vibrant and colorful three quarter length sleeve jacket and distressed denim Capri pants.

The short haired blonde stunner – who was most recently featured in Netflix’s drama Beauty – epitomized California casual as she went about her business.

Stone’s boldly patterned jacket was a combination of classic and tropical flair.

The colorful floral details against a red background made the boxy oversized jacket look less utilitarian and more feminine.

Stone has worn the beautiful intricately patterned jacket in more ways than one, she was originally spotted wearing it over a swimsuit in Portofino with a matching long sarong in July. 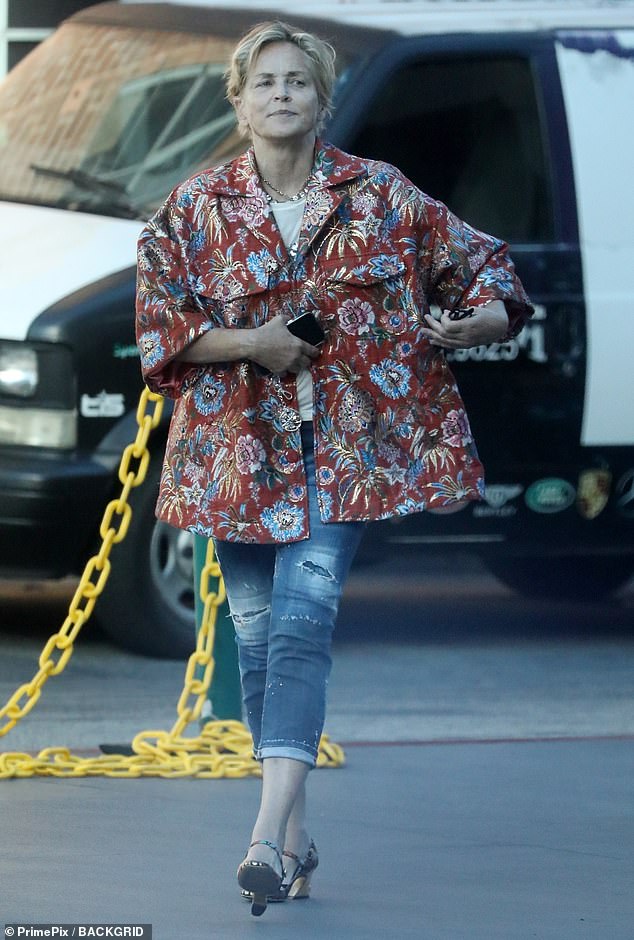 Busy woman: Stone was quick on her feet as she wore a pair of Mary Jane heels

Stone rocked a pair of faded, distressed denim Capri pants below proving further that 90s style is making a comeback.

She wore metallic Mary Jane style shoes with chunky heels to round out her outfit.

Her signature short blonde hair looked undone and she appeared to be makeup free while on her outing. 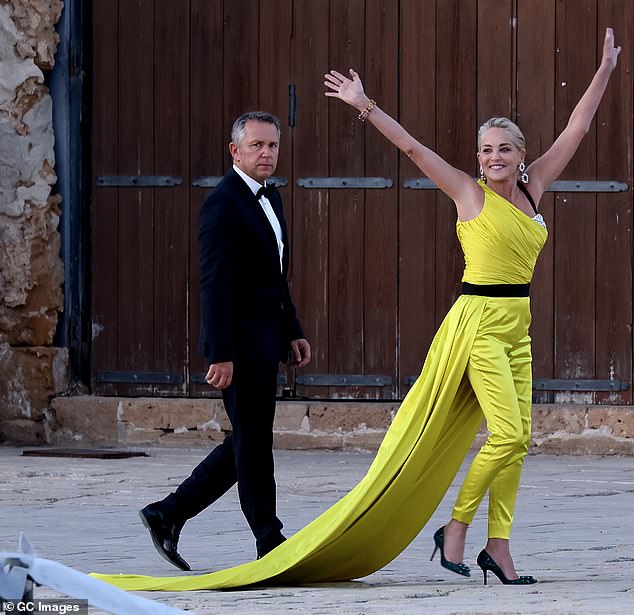 Stone, whose breakout role in the film Basic Instinct in 1992 put her on the map as one of Hollywood’s hottest sex symbols, has shown us that she does duality well.

Stone has switched from laidback SoCal casual to Hollywood glam and back again with little effort and has incorporated color into all of her looks both on and off the red carpet.

The superstar, activist, and mother of three has had a busy summer as she has been spotted on several red carpets and at fashion shows.