Sheffield United look like they belong in the Euro elite… can they really crack the top four?

Chris Wilder’s wonders look like they belong in the Euro elite… can Sheffield United really crack the top four?

For all that the Big Six flirt with break-away leagues and taking themselves off to a closed-shop top table with no room for upstarts, as each week goes by it is a written-off bunch from south Yorkshire who look as though they belong among the cream of the continent.

They may publicly recoil at the suggestion — Chris Wilder, much like Nuno at Wolves, called it ‘ludicrous’ after this latest win — but Sheffield United are favourites for Europe.

Oli McBurnie’s goal at Brighton put the Blades fifth in the table, four points off the Champions League places and unbeaten in 336 days on the road in the league.

That run extends to 18 trips away from Bramall Lane, in the process matching Burnley’s 72-year-old record of nine unbeaten on the road to open a top-flight campaign for a promoted side.

Until last season, it had been 18 years since a team had made it into Europe in their first season after promotion. But following Wolves’ seventh-place finish in May, 12 months on from Burnley achieving the same two years into their Premier League return, continental qualification is no longer unthinkable.

And while Burnley and Wolves benefited from the hollowing-out of the division’s middle classes, Sheffield United have the added incentive of the bottom falling out of the top six.

Arsenal and Manchester United are floundering, Spurs remain an unknown quantity under Jose Mourinho and Chelsea have wobbled this month after a promising opening under Frank Lampard. 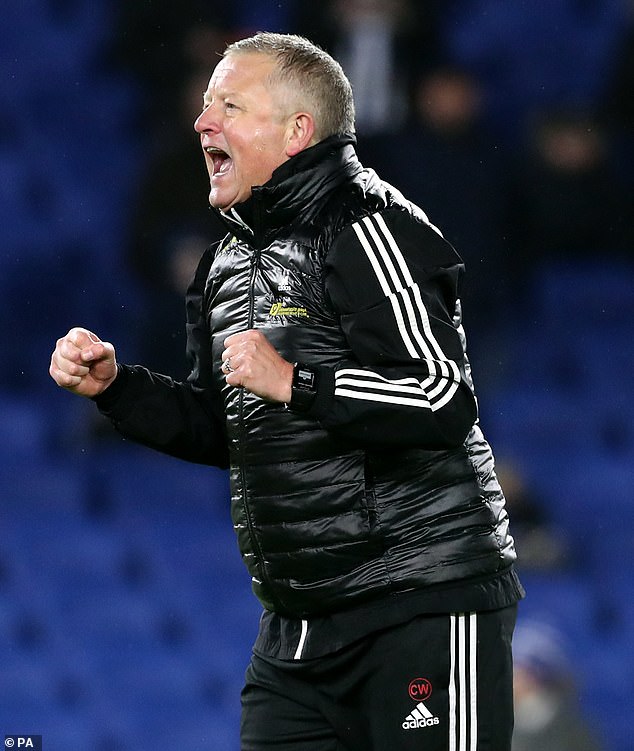 In contrast, the Blades — two years removed from League One — have one defeat in their last 11 games, the league’s third-best defensive record and joint-most clean sheets. They have beaten Arsenal at home and Everton away, drawn with United, Chelsea and Spurs and only a goalkeeping mistake denied them a point against the champions-elect.

As they showed on the south coast, this is an astonishingly well-drilled outfit, driven on by a manager who has moulded this team in his image — perhaps more successfully than any other coach in the country.

They hassled, harried and outran Brighton, forcing one of the league’s best passing teams to resort to long balls and hurried clearances as they overwhelmed Graham Potter’s side.

Their three towering centre halves comfortably saw off Neal Maupay, while John Lundstram and Enda Stevens have both staked claims for inclusion in a team of the season so far.

Pair that with an assured skipper in Oliver Norwood patrolling the midfield and the tireless David McGoldrick and they have every justification for their fearlessness. 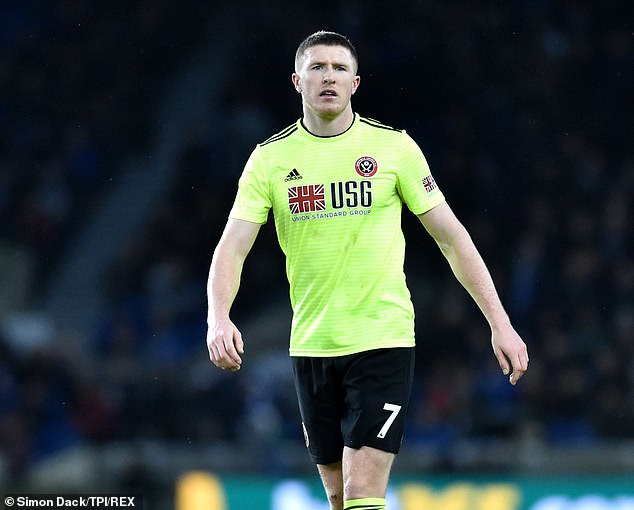 The unbeaten away run will not last for ever — appointments at Anfield and the Etihad soon may see to that — but Sheffield United’s challenge to the traditional elite should endure.

‘There’s days where you come away and say we’re a bit fortunate,’ said Wilder. ‘Maybe we caught them on an off-day. But it’s the old question of how much is that down to us as a team, them as players. I believe we’ve produced consistent performances throughout. We’re in this position, it’s still on to the next game, the next challenge.’