‘Stand back!’ Shocking moment a lone cop fends off a group of belligerent homeless men on a New York City subway platform as one clumsily falls on the tracks

Shocking video shows the moment a lone cop used his baton to fend off a group of drunken homeless men on a New York City subway platform.

It was five against one Sunday night when the officer approached the men at East Broadway station after a woman reported that they were harassing her.

‘Stand back! Stand back!,’ the officer commanded as the group held an aggressive stance. ‘I don’t want to hurt you.’

One of the men lunged at the officer, but clumsily missed and fell on the train tracks. 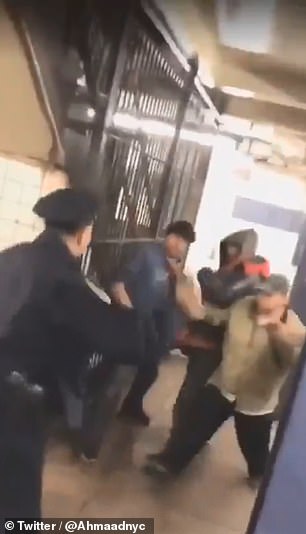 Police said the officer was working alone at a counter-terrorism ‘Omega’ post when the woman sought his help.

When the officer approached the vagrants, police said he saw one of them laying on the platform and visibly intoxicated.

When he told them to leave, officials say the men ‘approached him aggressively’ but the cop ‘took action and gained control of the situation,’ according to the Daily News.

The video shows the officer brandishing his baton as he tried to deescalate the situation.

At one point the officer kicked a man down and swung his baton to fend them off.

Someone finally intervened to hold three of the men back as they attempted to overtake and outnumber the cop.

One of the men broke free of the human barricade, but as the officer swatted him away the man fell on the tracks.

The officer called the MTA to cut off the power lines and then called for backup.

‘He handled the situation with incredible restraint using the least possible amount of force to bring it to a close,’ a senior NYPD official told the Daily News. ‘He did a very good job.’ 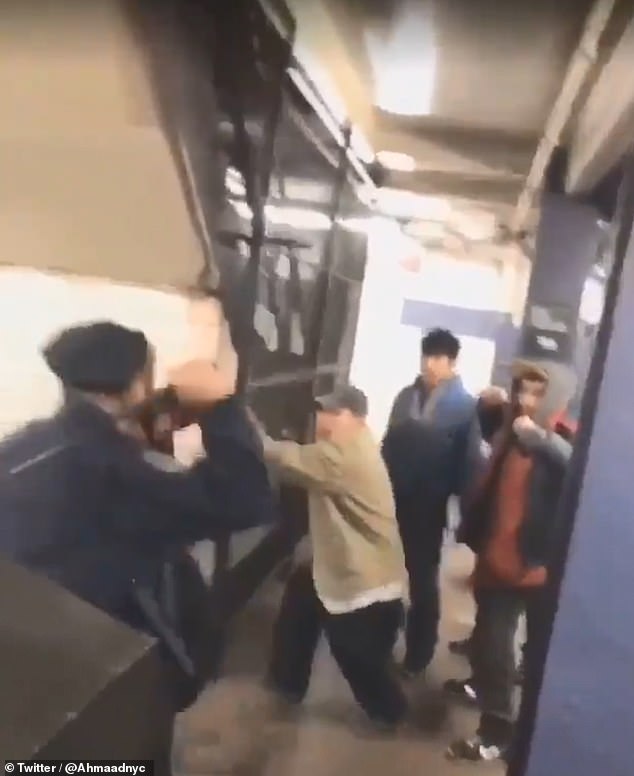 The officer brandishes his baton and tells the men to ‘stand back!’ as they hold an aggressive stance and lunge at him 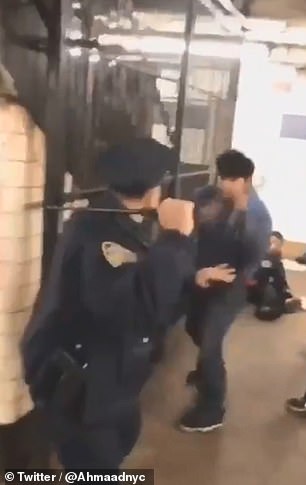 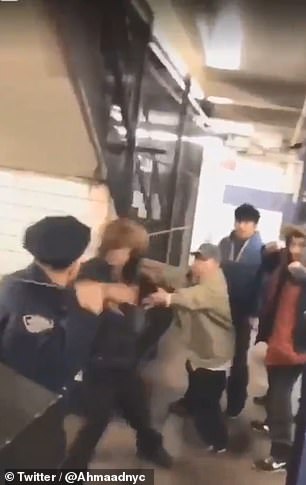 The officer was not injured and all five men – Oseas Garcia, 32, Juan Munez, 27, Raul Ruiz, 29, Elisoe Alvarez Santos, 36 and Leobardo Alvarado, 31 – were arrested when backup arrived.

All of the men are homeless and hospitalized as intoxicated emotionally disturbed persons.

The area in lower Manhattan where the incident occurred is a notorious hub for homeless people to get together and do drugs.

‘Once again, in de Blasio’s New York, we see a police officer having to rectify a problem allowed to fester by the inaction of this administration,’ Lynch said.

‘The officer was responding to a complaint from a woman of harassment by these homeless men at the station. He used textbook defensive measures taught in the police academy against overwhelming odds in an effort to protect himself and anyone else on the platform. He is to be commended for good work and courage,’ he added. 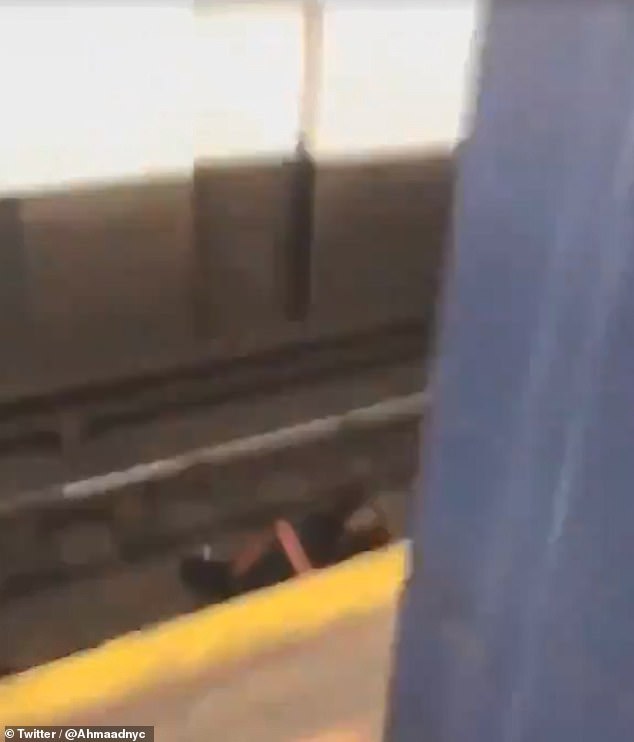 One of the vagrants lunged toward the officer, missed and fell on the tracks