Shocking moment bully pins schoolgirl, 12, to the ground in a vicious attack

A mother has shared shocking video footage that appears to show her 12-year-old girl being viciously attacked by a school bully who pins her to the ground while others film it and shout encouragement.

Sophie Baker claims her daughter Naomi Bellamy had her arm in a sling for two weeks after suffering tissue damage and had to have a CT scan after she was set upon by the girl while walking home from school on March 26.

In the video a girl appears to push Naomi, a year seven pupil at Walton Academy in Grantham, Lincolnshire, to the ground before getting her in a headlock and slapping her. 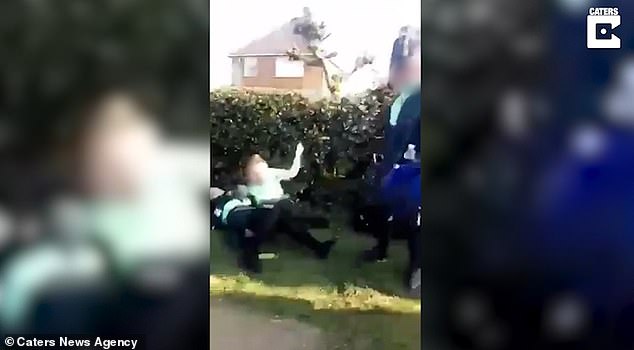 In the video a girl appears to push Naomi to the ground before getting her in a headlock and slapping her. 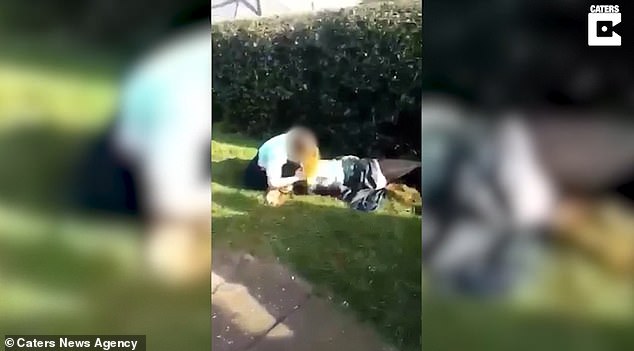 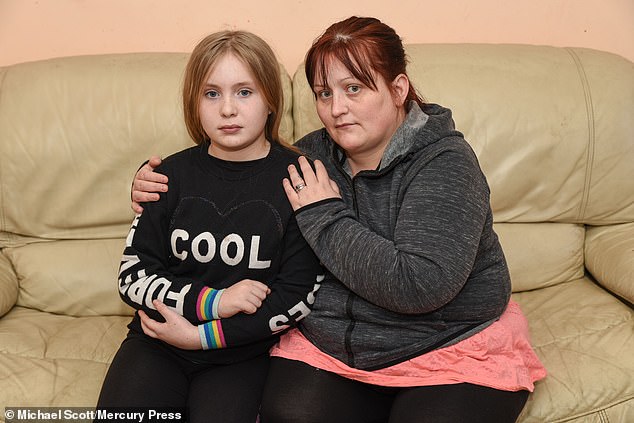 Naomi Bellamy, 12 and her mother Sophie Baker from Grantham, Lincolnshire. Naomi was attacked by another girl on her way from school. She suffered injuries to her arm and ankle. The attack was filmed and posted online

Other footage appears to show the bully pulling Naomi’s head back by her ponytail while other pupils laugh and shout ‘f***ing have her’.

Heartbroken Sophie, 37, revealed she broke down in tears when she found out the footage had been shared online.

Sophie, from Grantham, Lincolnshire, said: ‘I just sat and cried when I saw it. I was so angry that a recording of my daughter being bullied was being shared and I felt so guilty that I hadn’t been there for her.

‘While I was sat in the hospital waiting room my phone started pinging and I was getting all of these messages from people asking if I’d seen the video.

‘Watching it, you can see her head come off the ground like a bouncing ball. The girl pulls her down by her hair and her head actually hits the floor. Then in another video she’s leaning over her and punching her in the back. She really went for her. 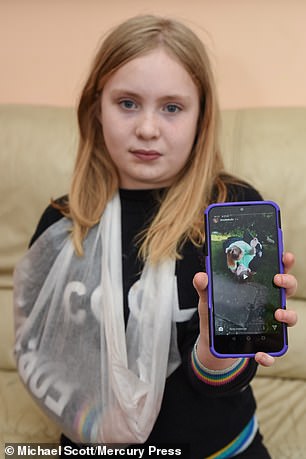 Naomi Bellamy, 12, with her injured arm in a sling. A video her being attacked was posted online

‘I haven’t shown Naomi the video. I know it will be too upsetting for her.’

Sophie said she got a phone call from the school telling her her daughter had been involved in an incident and was now on her way home.

The mother-of-four said: ‘Mother’s instinct kicked in. I panicked and headed out to meet her. I saw her and she was a mess. She was crying. Her hair was all pulled out, she was holding onto her wrist and hobbling. She was shaking.

‘It was horrible. I felt helpless because I hadn’t been there. I took her to the hospital and we were there for six hours. She’d suffered tissue damage to her wrist and ankle. She had her arm in a sling for two weeks.

‘She told me the girl had been taking her food at school. Her dad has been putting £10 a week on her card for drinks and sweets and stuff and this girl was taking it off her.

‘She’s moving schools. That’s how bad it’s got. My son was meant to be starting there in year seven but I’m also trying to get him moved because I’m so worried.

‘Naomi hadn’t said anything to me about being bullied, but she’d been quiet and would often say she was poorly and didn’t want to go to school.’

Full-time-mum Sophie said the incident has knocked her daughter’s confidence and even caused her to have a panic attack while out shopping.

Sophie said: ‘A few days later she was out shopping and was taken to hospital after fainting due to the stress and anxiety. They even carried out a CT scan because she hadn’t had one done straight after the incident. Thankfully it came back clear.

‘After that she didn’t go out again until this Wednesday and when she did she stayed very close to her older brother Harry who is 17 and 6ft tall. It’s really knocked her.’

Sophie and partner joiner Paul Bellamy, 49, have reported the incident to the police and shared the video to raise awareness.

Sophie said: ‘I took the decision to share the video because I want people to realise the impact bullying has. I was bullied myself as a child and ended up missing a lot of school. It has a lasting impact. 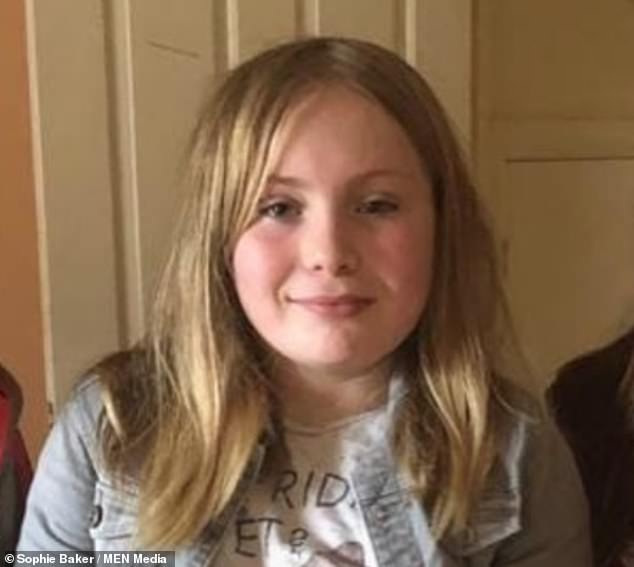 Heartbroken Sophie, 37, revealed she broke down in tears when she found out the footage of her daughter (pictured) being attacked had been shared online

‘The school put the girl in isolation for a day but I don’t think that’s enough. I think she should be expelled. It’s disgusting really because my daughter has now had to leave the school and her friends to start over again at a new school which is 13 miles away.’

Will Teece, head of school at Walton Academy, said: ‘Whilst I cannot comment on the detail, I do wish to reassure our community that the matter has been taken very seriously.

‘In line with our behaviour policy, we have investigated the allegation, and appropriate, firm action has been taken, including working closely with the police.

‘Our expectations for behaviour are very clear and are supported by robust systems and sanctions.

‘The actions of a small number of individuals have shocked us and are not representative of our academy as a whole.

‘Where issues arise we would always be prepared to work closely with parents and the community to resolve them in a swift and appropriate manner.’