Moment four gunmen ambush a man, 28, and shoot him five times as he is getting into an Uber on a NYC street in broad daylight

Police in New York City are appealing to the public for help in locating a group of masked gunman who were seen on surveillance video ambushing and shooting a man five times on a Brooklyn street.

The violent attack took place on Vermont Street in the East New York section of Brooklyn shortly after 8pm on Wednesday.

According to a tweet from NYPD Chief of Detectives Rodney Harrison, officers from the 75th Precinct responded to a call about a man shot.

Ambush: Armed men wearing masks are seen jumping out of a red sedan on Vermont Street in the East New York section of Brooklyn on Wednesday evening 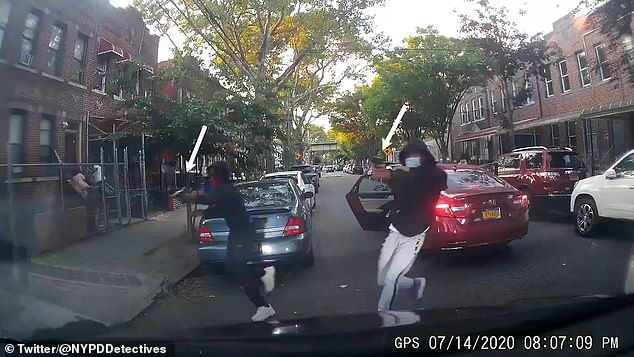 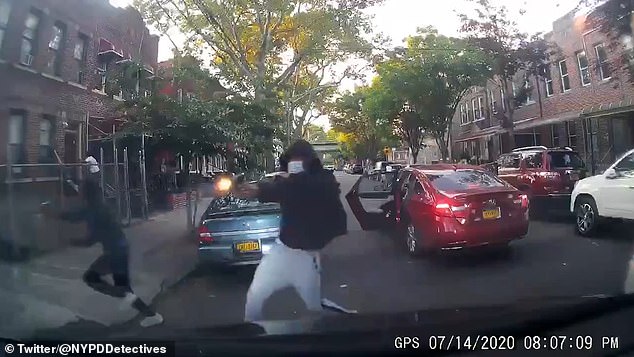 The victim was shot in the back five times but survived. He was listed in stable condition

An investigation has revealed that while the 28-year-old victim was getting into an Uber near 620 Vermont Street, several unknown attackers jumped out of two vehicles and opened fire on him.

Video released by the police shows two of the masked suspected firing their guns three times in front of terrified neighbors, sending them rushing back inside their home.

The recording then shows four attackers climbing into the two getaway vehicles – a red Honda and a white Infiniti with stolen Pennsylvania license plates – and speeding away from the scene.

The victim sustained five gunshot wounds to the back but survived, PIX11 reported. He was taken to Brookdale Hospital, where he was listed in stable condition. 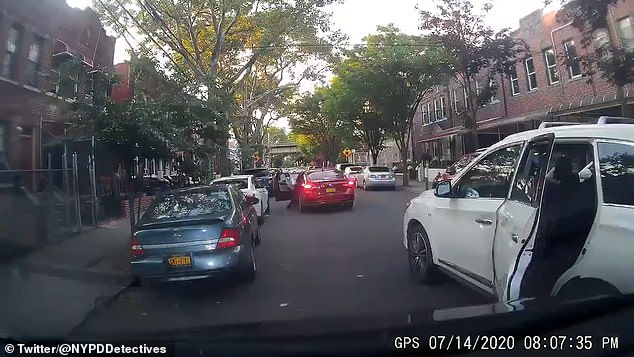 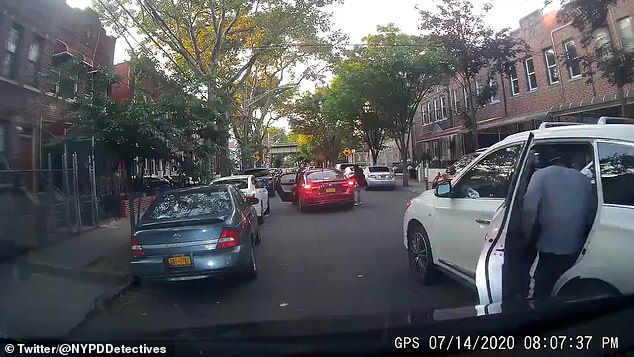 The shooting in East New York came amid a surge in gun violence in New York City.

On Monday, five people were shot in three drive-by attacks in a span of 20 minutes in Brooklyn. All the victims survived.

A day prior, a one-year-old boy was shot dead during a family cookout at a playground in Brooklyn.

Police are asking anyone with information about the Vermont Street shooting to call Crime Stoppers at (800) 577-TIPS.