Shocking moment woman, 23, survives being shot in the face by her ‘masked ex-boyfriend’

Woman, 23, is shot in the face ‘by her masked ex-boyfriend who tries to make it look like an armed robbery’

A 23-year-old store clerk in northeast Brazil miraculously survived a shot to the face by a masked man, who her family claim is her ex-boyfriend.

A surveillance camera inside the clothing store located in São Miguel, Río Grande do Norte, showed the terrifying moment the man fired off a single at Renata Ranyelle Almeida, on Saturday afternoon.

After entering the store, the suspect ordered three women to walk towards the back area near the cash register booth.

The store security camera recorded the moment he pushed Almeida towards the cash register before she calmly placed the cashed bin on top of the counter. 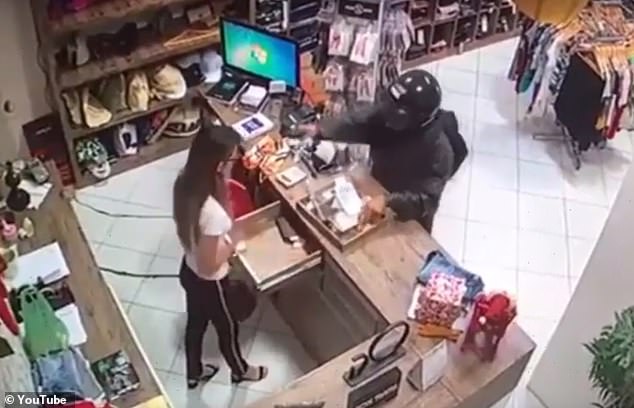 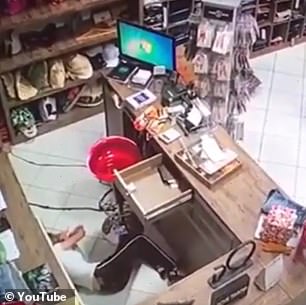 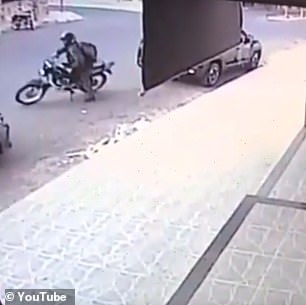 Renata Ranyelle Almeida (left) is recovering in a hospital in northeastern Brazil after a man (left) shot her one time in the face. Family told authorities they believe the woman’s ex-boyfriend is behind the shooting

Instead of running out of the store with the money, the man unloaded his gun and ran out of the store. He got on a motorcycle and fled the scene, and still remains on the run.

He was questioned by the police and vehemently denied his involvement.

‘As seen in the security camera recordings, the young woman does not react in any way, and yet the criminal shoots her,’ civil police delegate Cristiano Gouveia said, according to Brazilian outlet Tribuna do Norte.

‘That’s why people think he went there with the aim of killing her.’ 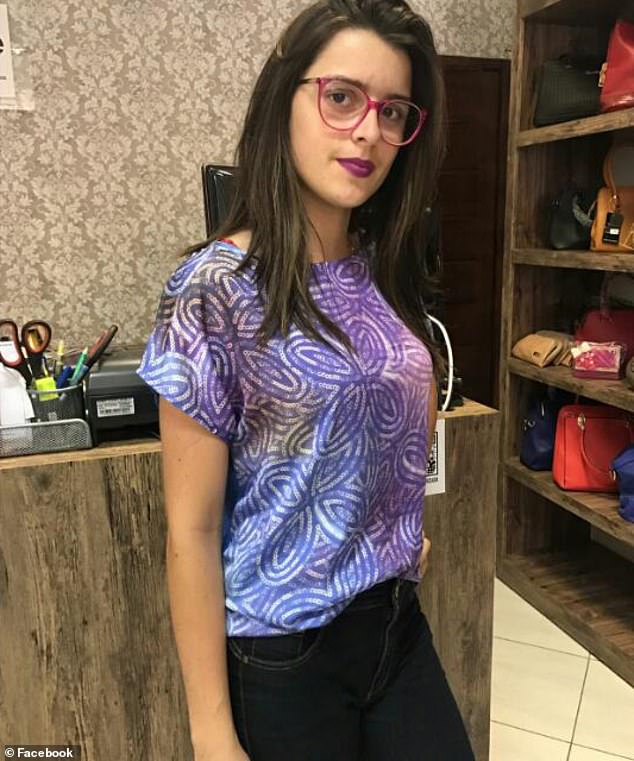