Shooter, 17, at Maryland high school killed himself with a fatal shot to the head

The student who fatally shot a female classmate last week at a Maryland high school died from a self-inflicted gunshot wound during a confrontation with a school resource officer who also fired his gun, authorities said Monday.

The St. Mary’s County Sheriff’s Office said in a statement that 17-year-old Austin Rollins fired a fatal shot to his head just as he encountered sheriff’s deputy Blaine Gaskill.

The shot fired by Gaskill struck the gun in Rollins’ hand, the sheriff’s office added.

The shooting occurred last Tuesday at Great Mills High School in Maryland where Rollins pulled out a handgun in class and shot ex-girlfriend Jaelynn Willey, 16. 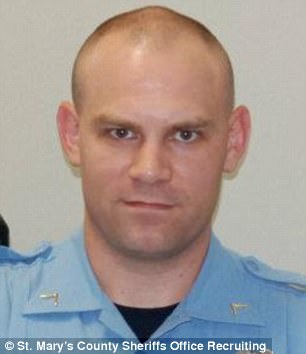 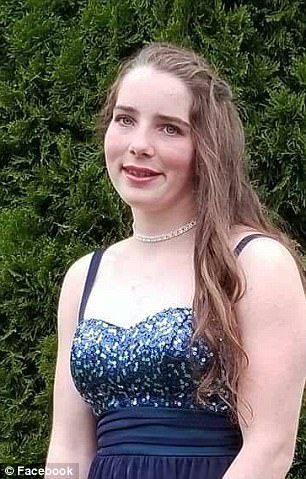 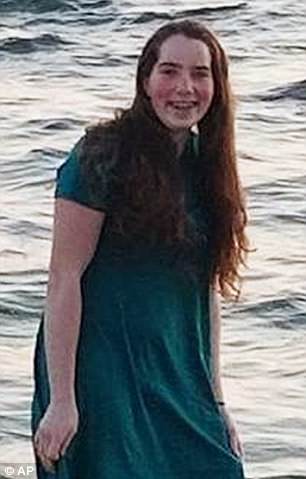 Jaelynn Willey (pictured) died in the ICU two days after she was shot. Police revealed that she was previously in a relationship with Rollins before he shot her 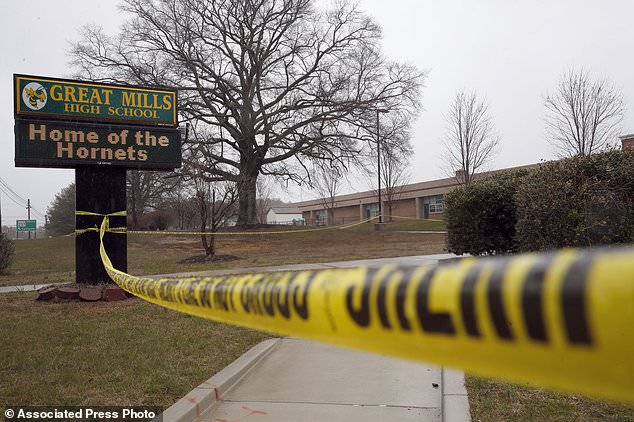 In a statement released Monday, authorities said the student who fatally shot a female classmate at the school died from a self-inflicted gunshot wound. Pictured is Great Mills High School in Maryland where the shooting happened

Willey died two days later after being taken off life support and her funeral service is scheduled for Friday. The sheriff’s office said Rollins and the girl had been in a relationship that recently ended.

Desmond Barnes, 14, who was shot in the thigh, was released from a hospital a day after the shooting. 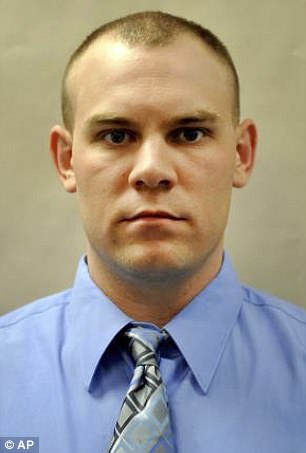 Gaskill who helped stop the shooting is seen above

According to the sheriff’s office, Rollins entered the main entrance of the school the day of the shooting about five minutes before he shot Willey in the head with his father’s gun.

The same bullet traveled into the leg of Desmond Barnes, who had sought shelter in a classroom.

Rollins then turned a corner and passed several classrooms before the confrontation with the school resource officer, which occurred about three minutes after shooting Willey, the sheriff’s office said.

Rollins and Gaskill fired their weapons about 30 seconds later.

In one of the 911 calls released, Barnes tells a dispatcher, ‘I was just shot in my school.’

A woman, possibly a teacher, gets on the phone and tells the dispatcher that four students are inside her classroom, one of them shot and bleeding.

‘We have him laying down,’ she said. ‘I’m afraid to transport him to safer place.’

For the next several minutes, the woman talks to the dispatcher or is heard talking to Barnes. A voice on the school’s intercom system urges students to stay in their classrooms. 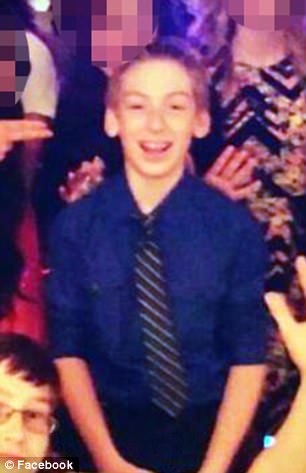 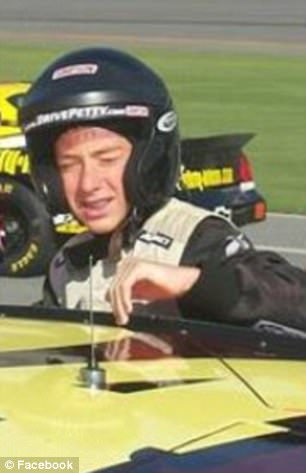 Rollins shot Willey and the bullet reportedly passed through her and hit another student in the thigh. Desmond Barnes, 14, who was shot in the thigh, was released from the hospital that day 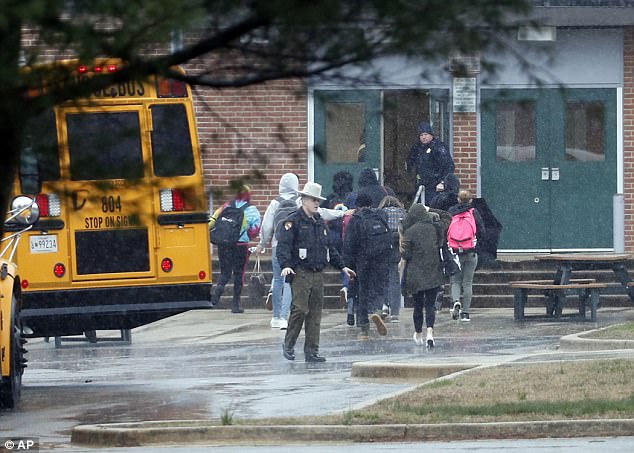 The gunman behind a shooting at Great Mills High School in Maryland on Tuesday has died from his own fatal shot to the head. Students are pictured above being escorted by officers to a safe location after the attack 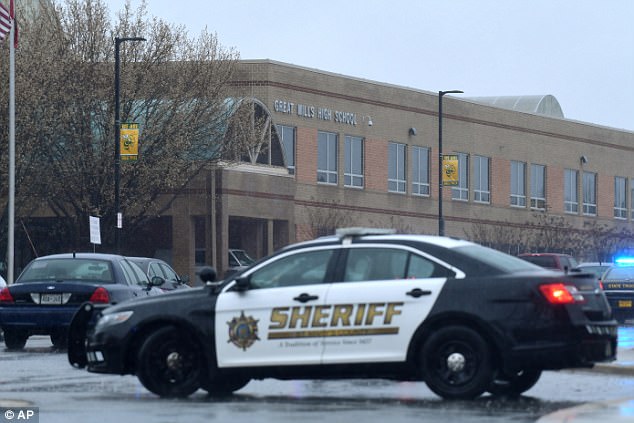 Officials said the gunman opened fire around 7:45am, shortly before classes began for the day

Barnes and the dispatcher talk again. The teen said he’s been shot in the back of the thigh and that ‘it’s burning.’

‘We’re getting help to you Desmond,’ the dispatcher replied. ‘Stay strong for me buddy.’

‘Hi Desmond, we’re putting a tourniquet on you, all right?’ one of them is heard telling him. ‘A tourniquet stops the bleeding.’

Another person who called 911 from the school, possibly a teacher, tells a dispatcher that she heard a single gunshot and saw a girl bleeding outside the classroom.

‘We’re hiding behind my desk,’ the caller said before counting each of the 11 students with her, one by one.

The resource officer, who doubles as a SWAT team officer, was not injured in the shooting.

The sheriff praised Gaskill, a six-year veteran in his first year at the high school, at the time of the shooting for containing the situation in less than a minute.

‘He had to cover significant ground,’ Cameron said. ‘The premise is simple: You go to the sound of gunfire.’