Despite hopes that more than ten million people would provide a much-needed retail boost, figures showed there was a 1.3 per cent drop in footfall compared with last year’s ‘Super Saturday’.

The news is a blow to desperate businesses, many of which had launched early sales and slashed their prices by as much as 75 per cent in store to entice customers.

It capped a dismal end to the year for the retail industry – with experts warning ominously that worse is to come.

‘2018 is going to look like a cakewalk compared with next year,’ said industry analyst Richard Hyman.

‘What we’re seeing is unprecedented. The level of discounts, the number of retailers with sales and the proportion of their stock on offer are all at record levels. I’ve never seen as much activity as this before. It’s a statement of desperation.’

According to retail researchers Springboard, footfall was down by 3 per cent at retail parks, by 1.6 per cent at shopping centres and by 0.5 per cent on the high street. Overall, it was down 1.3 per cent.

As Britons splashed out an estimated £1.7 billion on presents –spending at a rate of up to £2.38 million a minute – John Lewis was offering discounts of up to 75 per cent, House of Fraser by up to 60 per cent and Harvey Nichols by up to 50 per cent. 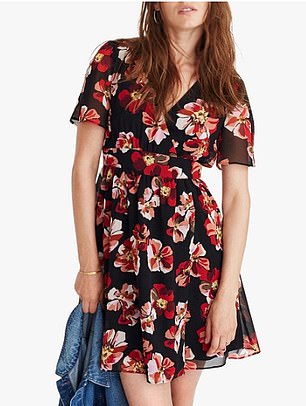 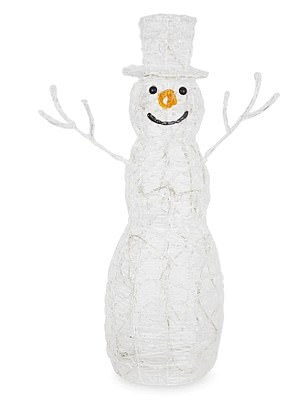 This John Lewis Madewell tulip sleeve dress (left) is down to £29.99 from £118. A Laura Ashley snowman decoration (right) was also discounted by 62 per cent

Deloitte said that it expects the average discount across the market to reach a record 48 per cent by Christmas Eve.

Many shoppers opted to avoid the crowds altogether and shop online, with 4.8 million people expected to have made purchases worth £268 million yesterday.

But even online retailers are cutting prices to attract shoppers. Clothing retailer Asos was offering discounts of up to 50 per cent yesterday, while rival Boohoo slashed prices by as much as 70 per cent.

Sports Direct also had online offers of up to 90 per cent on top brands. 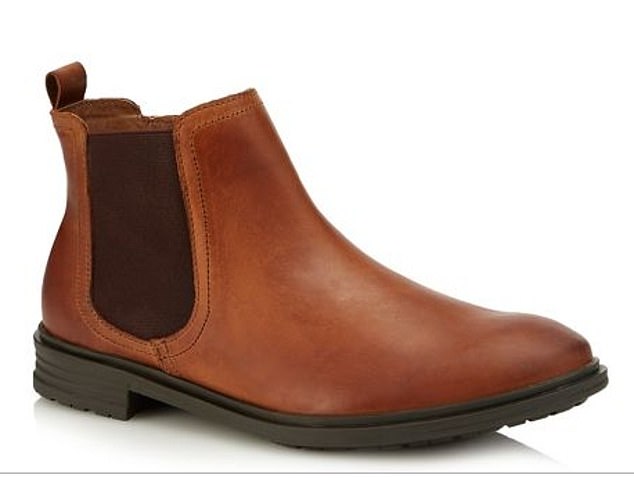 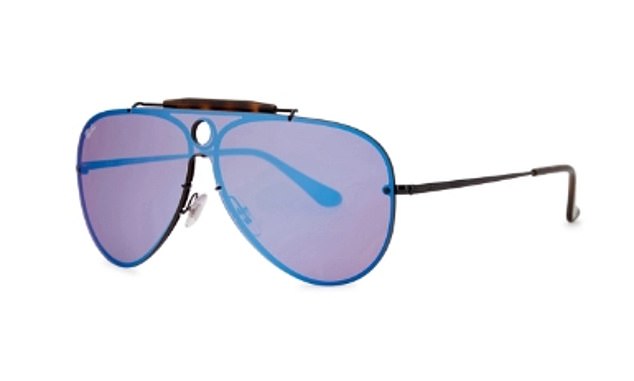 Debenhams will launch its end- of-year sale today and John Lewis will begin its clearance sale at 5pm tomorrow.

In the hope of maximising sales, some stores stayed open for 18 hours, with Westfield shopping centres in London among those to keep their doors open until 11pm. Despite efforts to boost high street trade, stores in cities including Leeds, Birmingham and London appeared comparatively empty.

However, one brand appeared happy with its sales. Sainsbury’s revealed that it yesterday sold 1.8 million mince pies, four tons of sprouts and 400,000 bottles of sparkling wine – generating £150 million in sales.

Retail revenues have plummeted this year, leading to a total of about £17 billion being wiped off the share prices of the country’s biggest stores. Following the demise of brands including Coast, House of Fraser, Orla Kiely and Toys R Us this year, there are fears more will go to the wall in the new year.

‘It’s very seductive to talk about ‘Super Saturday’ but there are 365 days in a year and it doesn’t matter how good that one day is when the rest of the year is bleak,’ Mr Hyman said. ‘It was never going to be possible for businesses to come close to compensating for what has been a terrible year.’ 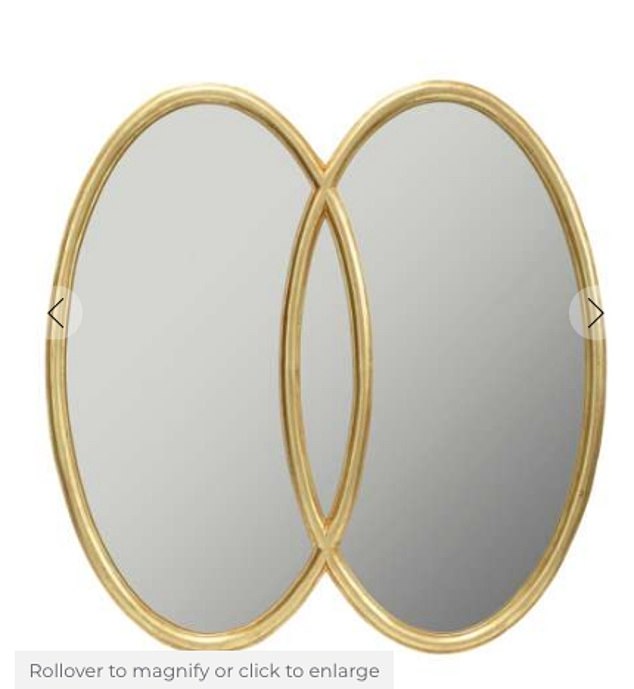 This House of Fraser Biba oval layer mirror is now being sold for £58, down from £195, ahead of Christmas 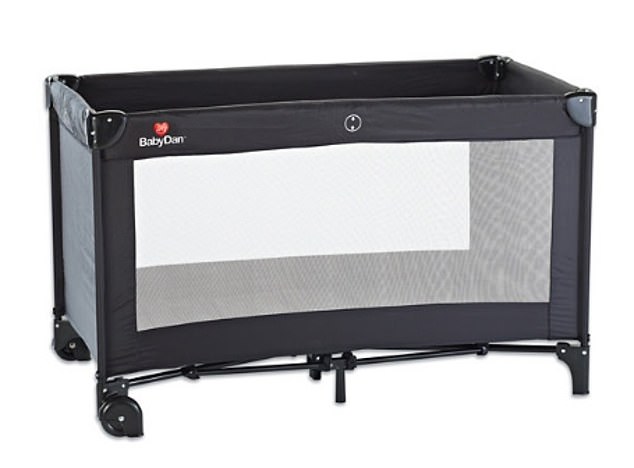 Mothers can save £40, 50 per cent of the retail price, on this Mothercare BabyDan travel cot

This month, Sports Direct owner Mike Ashley called for a new tax on online retailers to help revive ailing town centres, saying the ‘internet is killing the high street’. ‘I want to make it crystal clear: the mainstream high street as we think about it today – not the Oxford Streets and the Westfields – are already dead. They can’t survive,’ he added.

Despite the gloomy figures, retail experts offered some hope that sales would pick up tomorrow.

Helen Dickinson, chief executive of the British Retail Consortium, said: ‘The weekend before Christmas will be the busiest days for stores, although with Christmas Eve falling on a Monday, we are likely to see some of the activity which was concentrated on the weekend last year spilling over to tomorrow.

‘Furthermore, with consumer habits changing towards more last-minute shopping, coupled with more reliable delivery, many consumers are likely to be leaving their present and food shopping to the final moment.’

Retailers remain hopeful that Boxing Day will provide some relief. Last year, twice as much money was spent on Boxing Day than ‘Black Friday’ and the period between Christmas Day and New Year generated £12 billion in sales.

No wonder the shops are in trouble: We ask for popular items in top stores and are told – sorry, try the internet

By Michael Powell and Helen Cahill 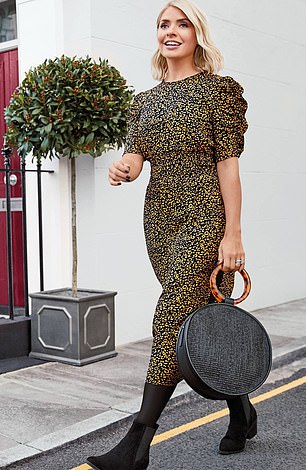 Britain’s high streets are in crisis with sales spiralling downwards, stores closing by the score and tens of thousands of retail jobs being lost as customers flock to the internet.

But as bricks-and-mortar chains battle for their very survival, shoppers who do visit stores in person are often told items are sold out – and are then told to go online instead, an alarming Mail on Sunday investigation has revealed.

We sent a team of mystery shoppers to major stores across Britain. And in a third of cases when they tried to buy Christmas gifts, including watches, gadgets and clothes, shop assistants encouraged them to buy the items on the internet.

Our reporters toured retail giants including John Lewis, House of Fraser and Marks & Spencer and discovered that 76 per cent of the products on our shopping list were not in stock, despite last week being one of the most important sales weeks of the year.

In some cases, sales assistants directed shoppers to the store’s website, saying the goods could be delivered to the customers’ homes or collected. Others even advised shopping on a rival store’s site.

The findings come as high streets are facing an unprecedented threat from internet shopping, with 14 shops closing down every day. A record 18.2p of every pound forked out by shoppers is now spent online, and more than 50,000 retail jobs have been lost this year. 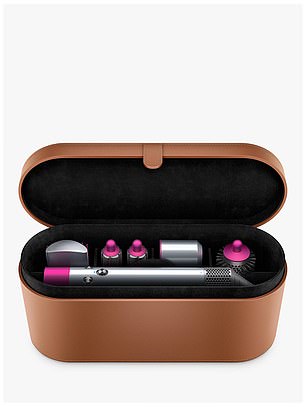 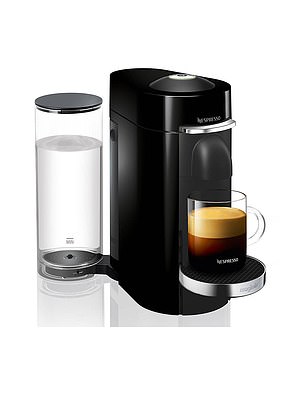 The £399.99 Dyson Airwrap (left) was ‘out of stock’ at John Lewis in Manchester – at the same store shoppers were told a Nespresso VertuoPlus coffee machine (right) could be ordered online

Politicians and retailers have warned that the death of the traditional high street threatens to rip the heart out of communities.

Last night, shoe repair tycoon Sir John Timpson, who is leading a Government review into the future of our high streets, said he was ‘horrified’ by our findings. He said: ‘Telling more and more of your customers to go shopping online is madness as far as I’m concerned.

‘This cannot be improving the health of our high streets. Shooting yourself in the foot is the phrase that comes to mind.’

Our reporters browsed for 24 popular items at stores in London, Birmingham, Manchester, Exeter and Glasgow. The shops we visited in each city were John Lewis, Marks & Spencer, Next, House of Fraser, Boots and Jigsaw.

Entering the John Lewis store in Manchester, shoppers are even greeted by a sticker on the front door saying: ‘There’s even more online – download our app to shop any time.’ 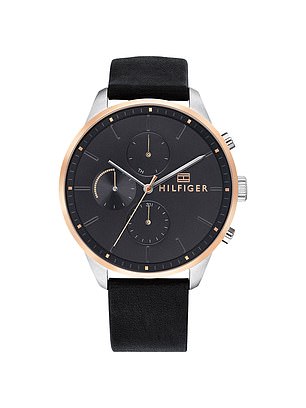 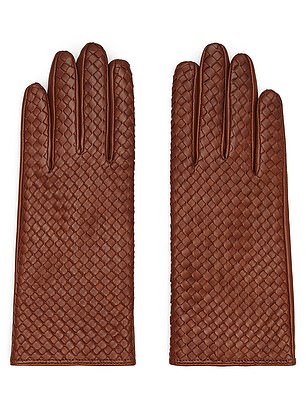 Inside, when we asked to see a Dyson Airwrap hairstyler, a disgruntled sales assistant shrugged and said: ‘All I can say is look tomorrow on johnlewis.com.’

Our reporter asked another staff member about a Tommy Hilfiger watch. But the sales rep shrugged: ‘Not stocked here. In stock online.’ 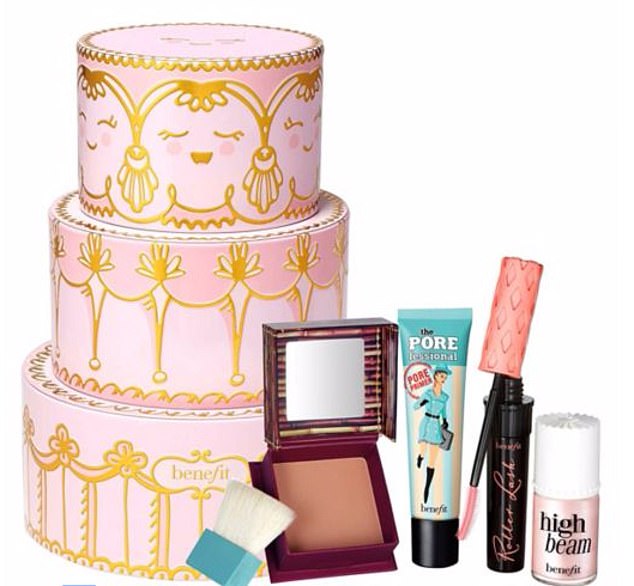 When shoppers attempted to buy this Benefit Cosmetics Gimme Some Sugar gift set at Boots in Westfield, London they were told to ‘try online’

Retail expert Richard Hyman said: ‘It is bonkers that retailers would be funnelling customers online because how are you going to pay the rent for your physical stores?

‘How are they going to justify paying the wages for someone if you can’t put any sales against them? It is counter-intuitive.’

Marks & Spencer says it wants a third of its sales to be online by 2022, and a spokesman said it was ‘transforming to meet the changing shopping habits of our customers’.

Jigsaw said: ‘We put the needs of the customer first whether they are shopping in store or online.’

John Lewis and Boots said they directed customers online so they wouldn’t be disappointed as stocks ran low so close to Christmas.