Should buy-to-let landlords get a tax break for selling to tenants?

We’ve had Help to Buy and now a help to sell scheme has been suggested.

New proposals could make it cheaper for landlords to sell homes to tenants – and could even gift buyers several thousands of pounds towards a deposit.

A report from think tank Onward has proposed a capital gains tax break for landlords selling to longer-term tenants – with reports suggesting the Treasury is taking the proposals seriously.

The think tank suggests the gain from the tax relief should be split evenly between landlord and tenant – giving the landlord a windfall and the tenant a hefty sum towards their deposit.

This could potentially lead to cheaper mortgage rates and a leg-up onto the ladder for first-time buyers.

To qualify for the exemption, tenants would have had to have been living in the property in question for three years or longer.

Under the proposals, landlords would get a 50 per cent capital gains tax exemption when selling, which Onward argues would encourage landlords to both offer long-term tenancies and sell to sitting tenants.

It then suggests ​HMRC should offer the tenants a credit equivalent to the remaining 50 per cent of capital gains tax relief. This could then be used as a contribution towards the deposit to secure a mortgage on the property.

In order to reduce the ability for investors to game the system and attempt to shift homes from the buy-to-let sector to owner occupiers, the policy would only apply to properties that are currently rented out –

How would we pay for this?

Onward has argued that other tax reliefs available on the sale of buy-to-let properties should be tightened to pay for the policy.

These include reducing the 18-month grace period for private residence relief to six months, abolishing lettings relief entirely, and making wear and tear allowance conditional on the landlord offering long-term tenancies to tenants.

However, the 18-month grace period has already been cut from 36 and was designed originally not to help landlords but those who had to move for work but could not sell and rented instead.

Capital gains tax is currently levied at 28 per cent on second homes for higher rate taxpayers, with profits added to income to decide the tax level, so the proposals would offer a healthy financial incentive for landlords to offer secure tenancies and sell to long-term tenants.

For first time buyers, it would mean the prospect of a significant contribution to a mortgage deposit.

Onward estimates the average gain eligible per property to be £15,000 in England or £39,000 in London, meaning tenants could receive up to £19,500 towards a deposit in some parts of the country.

The think tank estimates that 1.9million households would be eligible for these new reliefs, with around 88,000 benefiting each year, based on current rates of churn and expected take-up.

What’s wrong with the housing market?

In recent decades house prices have spiralled and homeownership has fallen, as first-time buyers struggle to keep up.

This has been triggered by prolonged low interest rates, cheap money pushed into the banking system to lend to homeowners, a growing population, the rise of buy-to-let investment, and the UK failing to build enough homes to meet demand.

Studies by the Office for National Statistics suggest that between 1997 and 2016, annual earnings increased by only 68 per cent, while house prices skyrocketed by 259 per cent.

To put the scale of the housing shortage into perspective, since 1970 France has built roughly twice as many new homes each year as Britain and experienced half the level of real house price growth.

As a result, the combination of high house prices and rents make saving for a deposit incredibly difficult for many looking to get onto the housing ladder.

Thirty years ago, full-time employees in England and Wales could typically expect to spend 3.6 times their annual earnings on purchasing a house, according to ONS data.

A recent study by estate agents Hamptons International revealed that as a result, the average first-time buyer who started saving for a 15 per cent deposit earlier this year would not be able to buy a home until 2028 in certain parts of England and Wales. 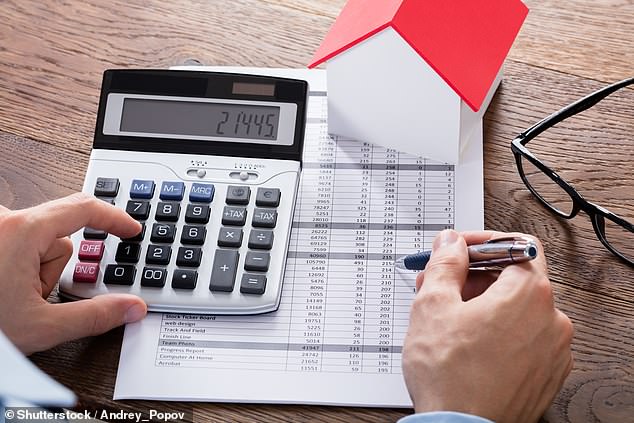 The think tank estimates that 1.9million households would be eligible for these new tax reliefs

Why has buy-to-let become less profitable

Former Chancellor George Osborne first announced a tax raid on buy-to-let in 2015, stating the move was designed to support home ownership amid claims that landlords were scooping up properties and making it harder for hopeful first-time buyers to compete.

Intending to put a stop to this, the Government slapped a three per cent surcharge on stamp duty payable on new buy-to-let purchases from April 2016. This trebled the tax bill compared to residential property in some cases.

A further change arrived in April last year, as landlords began to lose their tax relief under a rule known as Section 24, which also forces them to pay tax on their rental income rather than just on their profit after mortgage costs.

Furthermore, the Bank of England also clamped down on mortgage lenders, forcing them to require landlords to earn a much higher ratio of rental income compared to their mortgage payments.

In October last year, further rules were brought in for landlords with four or more mortgaged properties to ensure their debt levels are not too high.

Why would landlords want to sell their properties?

The buy-to-let sector has been battered in recent years with a series of tax and rule changes prompting landlords to sell up at a rate of nearly 4,000 homes a month.

The drop has come as full tax relief on mortgage interest is withdrawn and replaced with a tax credit, with landlords moving towards paying tax on their revenue rather than profit after mortgage costs.

In addition, stamp duty for new buy-to-let purchases was slapped with a 3 per cent surcharge back in 2016, making life for new investors considerably more expensive.

The sum result of the changes mean it is now far more expensive to both buy and run buy-to-let properties than it was two years ago.

In June official figures confirmed that landlords are offloading 3,800 properties a month leading to the first drop in the number of homes available to rent in 18 years.

And according to the most recent figures from trade body UK Finance, in July there were just 5,500 new buy-to-let home purchase mortgages completed in the month, some 14.1 per cent fewer than in the same month a year earlier.

What do landlords and tenants make of the proposals?

The proposals have received a lukewarm reception from both landlords and, somewhat more surprisingly, tenants.

David Smith of the Residential Landlords Association said: ‘It is not clear whether a reduction in the rates at which capital gains tax is applied would incentivise landlords to sell their properties to sitting tenants. 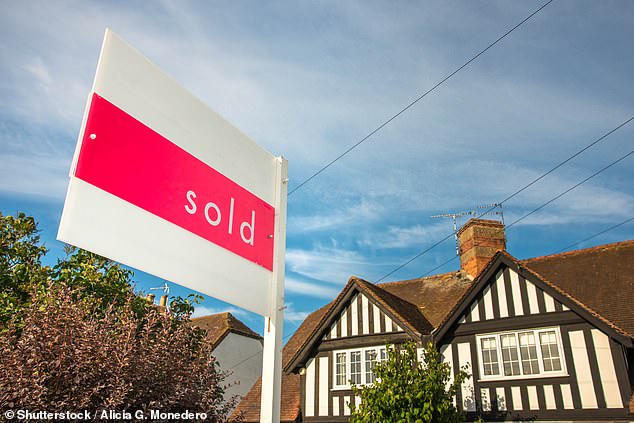 ‘A more suitable approach would be a tax relief on rental income for the provision of longer tenancies with a refund on the stamp duty levy for additional properties where a landlord is prepared to sell a property to a sitting tenant.’

The RLA has also warned that a drop in the level of private rented houses could limit the options available for young people.

Tenancy groups are also unconvinced by the proposals.

Dan Wilson Craw, of campaign group Generation Rent, said: ‘Giving the tenant half the tax break is a neat idea, but there would be a practical problem.

‘If the cash doesn’t become available before the property is sold then they can’t use it towards a deposit.

‘That means a lot of tenants without sufficient savings won’t be able to buy the home, so we need to protect them from eviction if the landlord is going to sell anyway.

‘We therefore need to legislate to give tenants greater security. In addition, the amount of capital gain involved will vary a lot depending on when the home was bought so it will be a bit of a lottery as to who will benefit most.’

Does buy-to-let still stack up?

My property is my pension. That was the popular saying when buy-to-let was all the rage and every other person you met fancied their chances as a minor property mogul.

But life has got much tougher for landlords, with a series of tax grabs and tougher mortgage rules hitting.

So does buy-to-let still stack up as a way to build your wealth? We discuss that in this podcast.

Press play to listen to the show above, or listen (and please subscribe if you like the podcast) at Apple Podcasts, Acast and Audioboom or visit our This is Money Podcast page.