For a second year in a row Singapore Airlines has been named as the best airline in the world in the TripAdvisor Travellers’ Choice Awards, with Jet2.com named the best in the UK and Europe and Southwest Airlines hailed as North America’s best carrier.

Award winners were determined using an algorithm that took into account the quantity and quality of airline reviews and ratings submitted by travellers worldwide over a 12-month period on TripAdvisor Flights.

The No2 airline in the world for 2019 has been named as Qatar Airways, with the top five also comprising EVA Air in third, Emirates in fourth and Japan Airlines in fifth.

For a second year in a row Singapore Airlines has been named as the best airline in the world in the TripAdvisor Travellers’ Choice Awards. Pictured is one of its suites class cabins 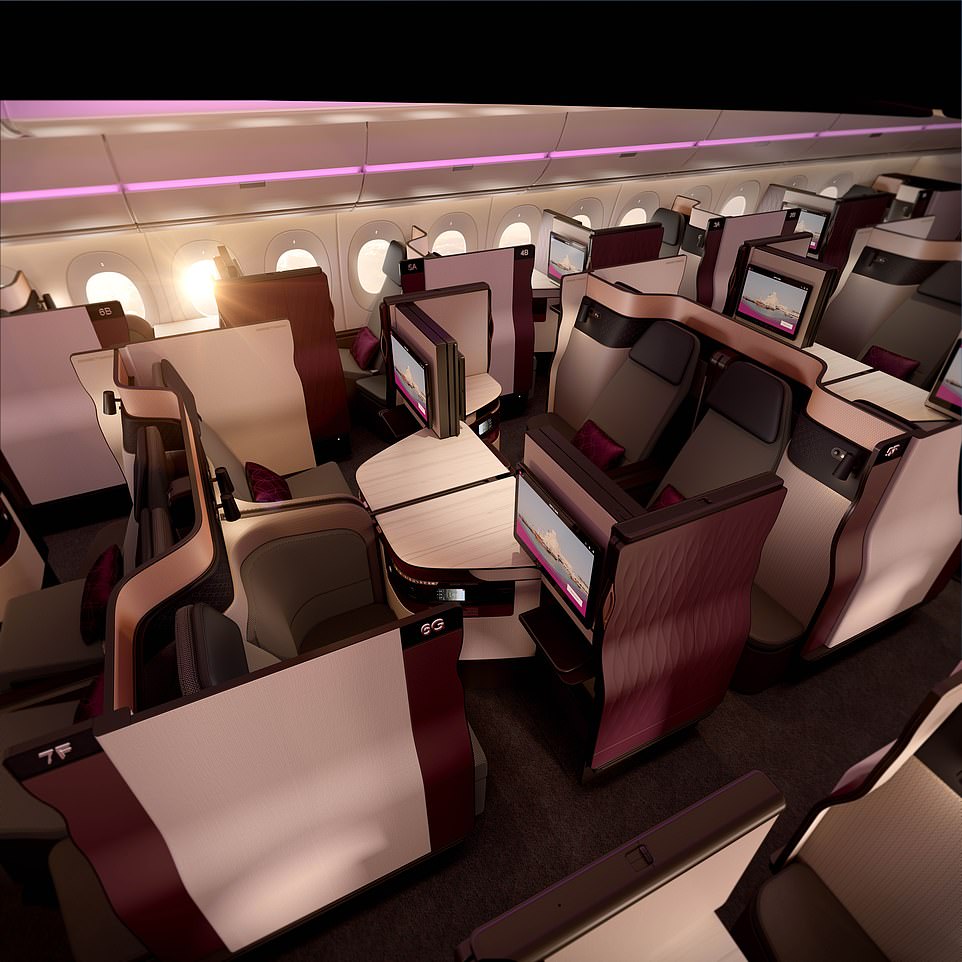 Qatar Airways picks up the gong for the No.2 airline in the world and the prize for the best business class (pictured)

One reviewer said: ‘As a retired cabin crew, I am probably more critical than most people, especially as I used to train cabin crew. I used Singapore Airlines three times on a recent trip to New Zealand and back, and was so impressed, especially with the consistency of standards. I flew on the A380, in economy. I had plenty of legroom, the food was excellent and the crew so friendly and helpful. 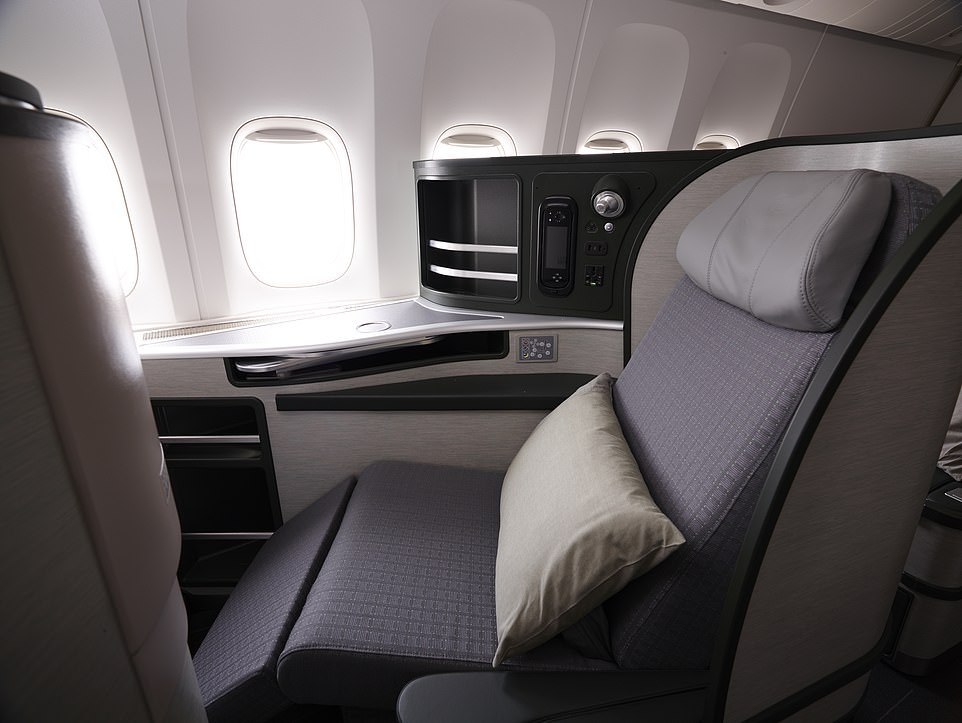 EVA Air is named as the third best airline in the world. Pictured is one of its business class seats 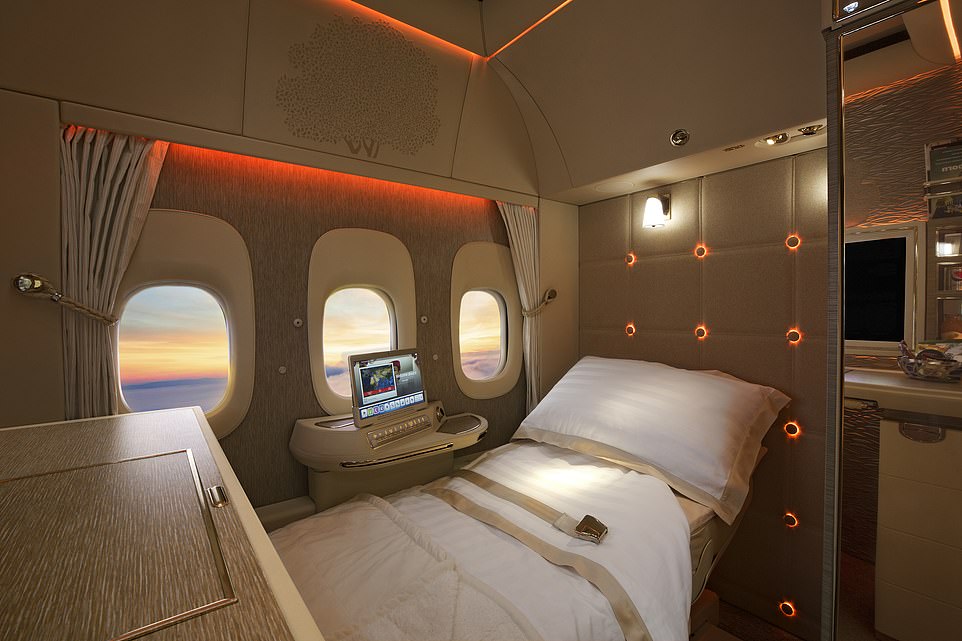 ‘Crews at Singapore Airlines have to undergo three-and-a-half months training, and it shows. Every interaction I had was greeted with a warm and genuine smile. Nothing was too much bother, and often my needs were anticipated before I could make a request. If I made the trip again, I would definitely use Singapore Airlines.’

Qatar has also garnered lavish praise, with one reviewer saying that its service is ‘one of the best in the business’.

A reviewer said of third-place EVA Air, meanwhile, that it’s an airline that is ‘above the rest’, adding: ‘In economy I had real cutlery, menu for food service, seat reclines more than the average in industry, great service – tooth brush and accessories in washroom, friendly/efficient staff.’ 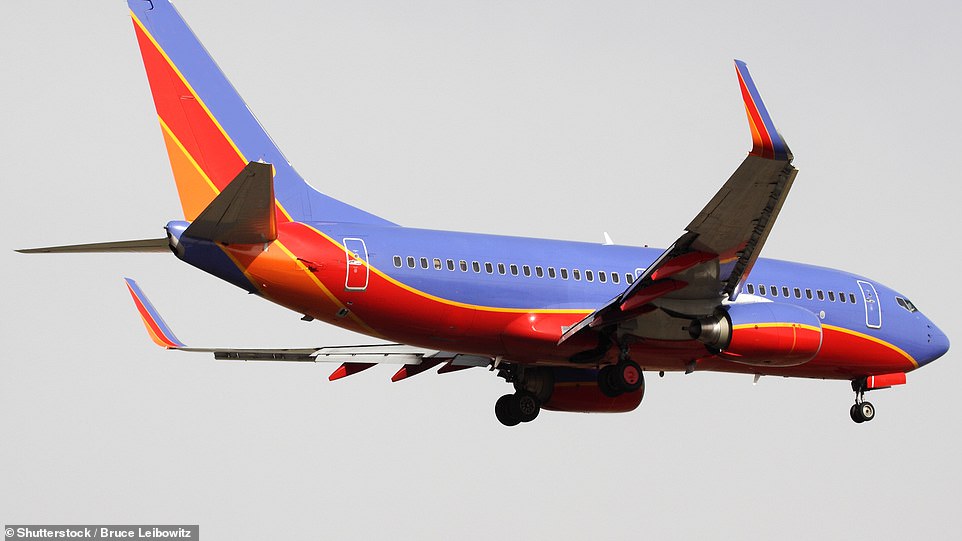 Southwest has been named as the best airline overall in North America – and No.6 in the world 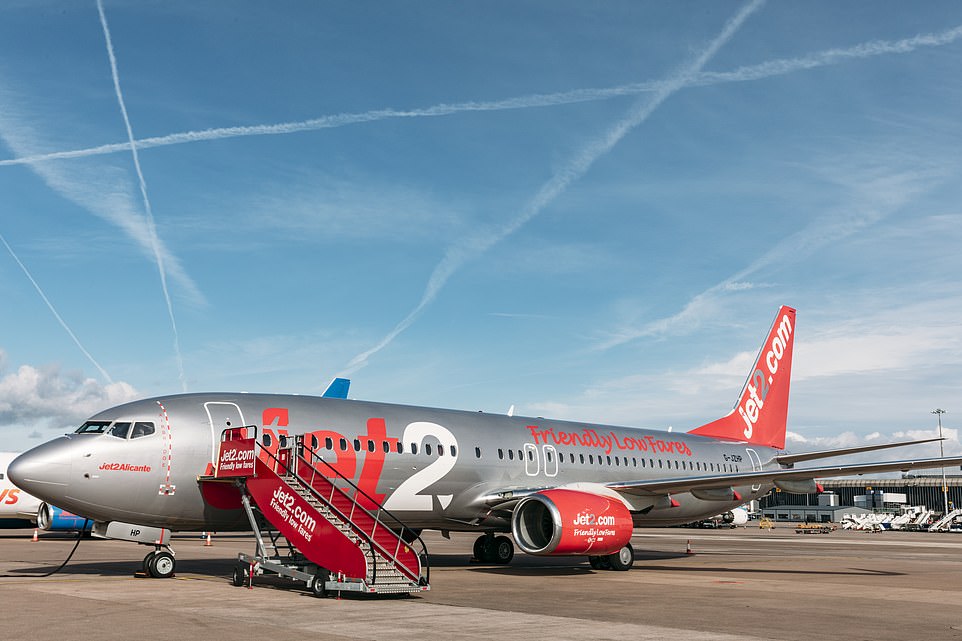 And fourth-place Emirates received this write up: ‘Although we flew to Milan from NY in the economy section of the plane, we felt as though we were in First Class. The service provided by the staff was excellent. The attendants were top notch and were always visible and anticipating your needs during the flight. Over the course of the eight-hour flight we were provided with two meals, and as many drinks as we wanted at no cost… we cannot express enough how much we enjoyed our flight on Emirates.’ 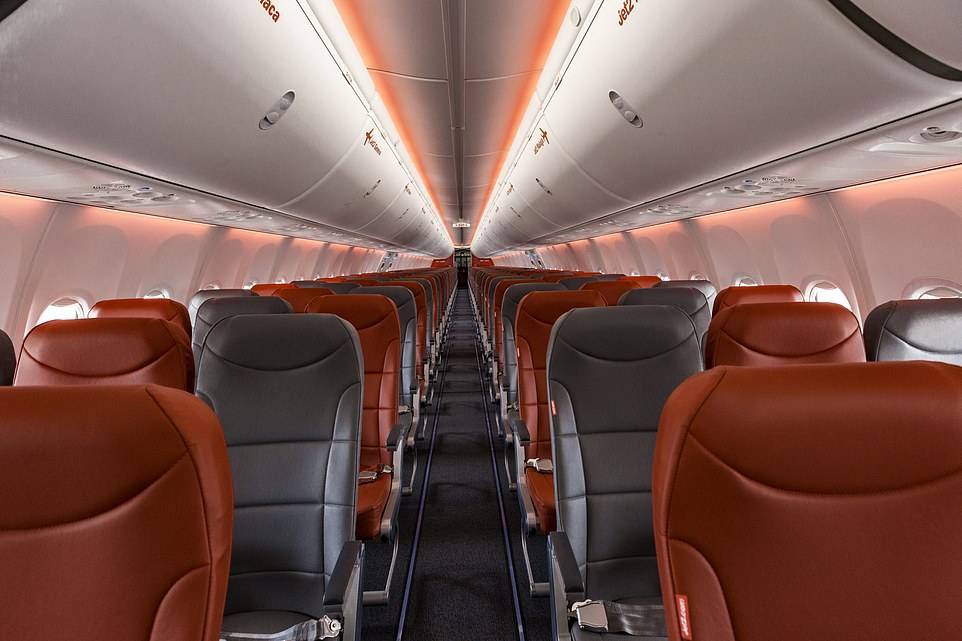 Jet2.com’s award-winning economy cabin. Steve Heapy, CEO of Jet2.com and Jet2holidays, said: ‘To win five prestigious awards from TripAdvisor is an achievement we are truly proud of’ 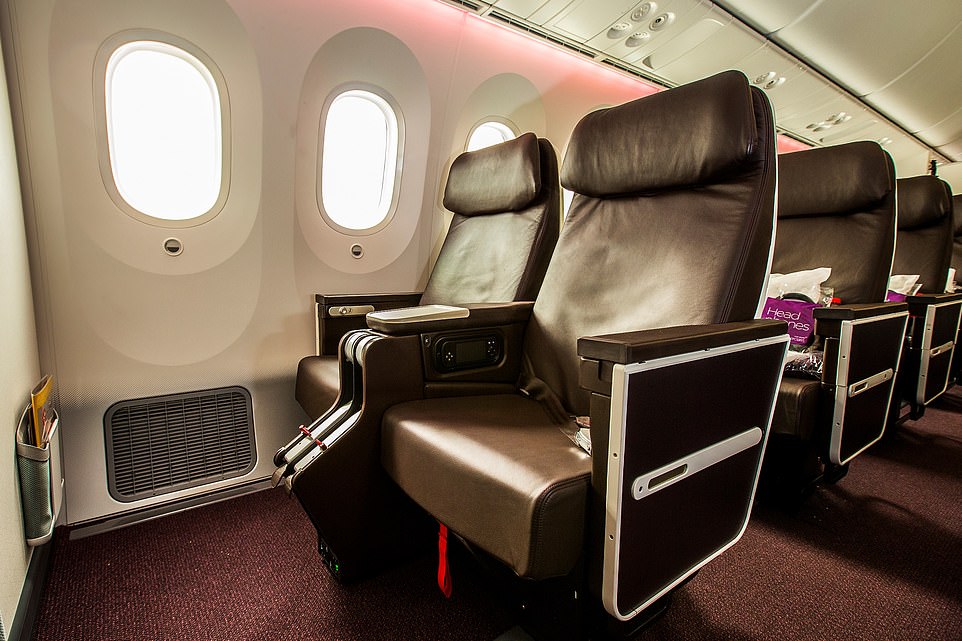 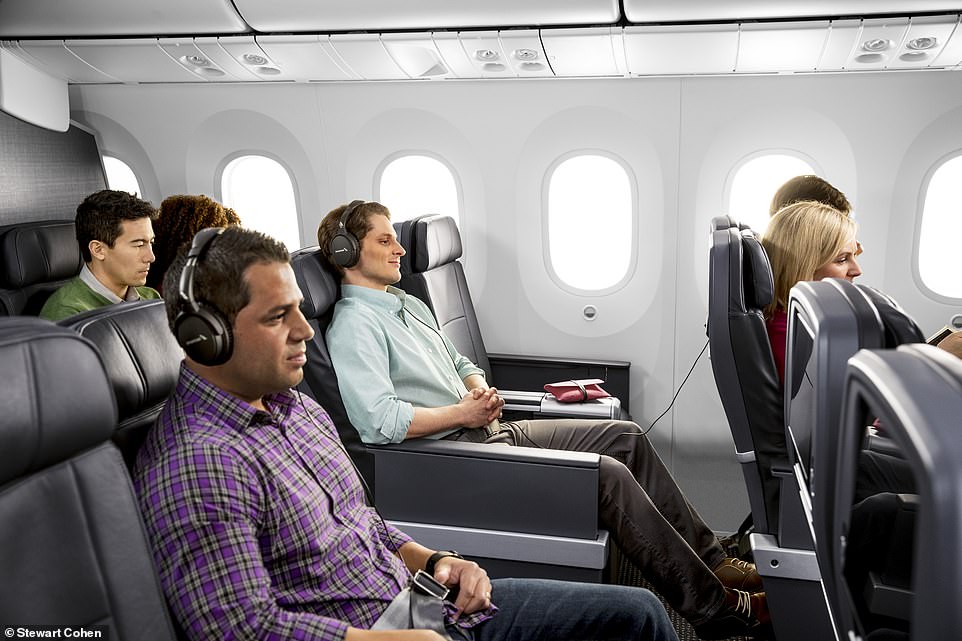 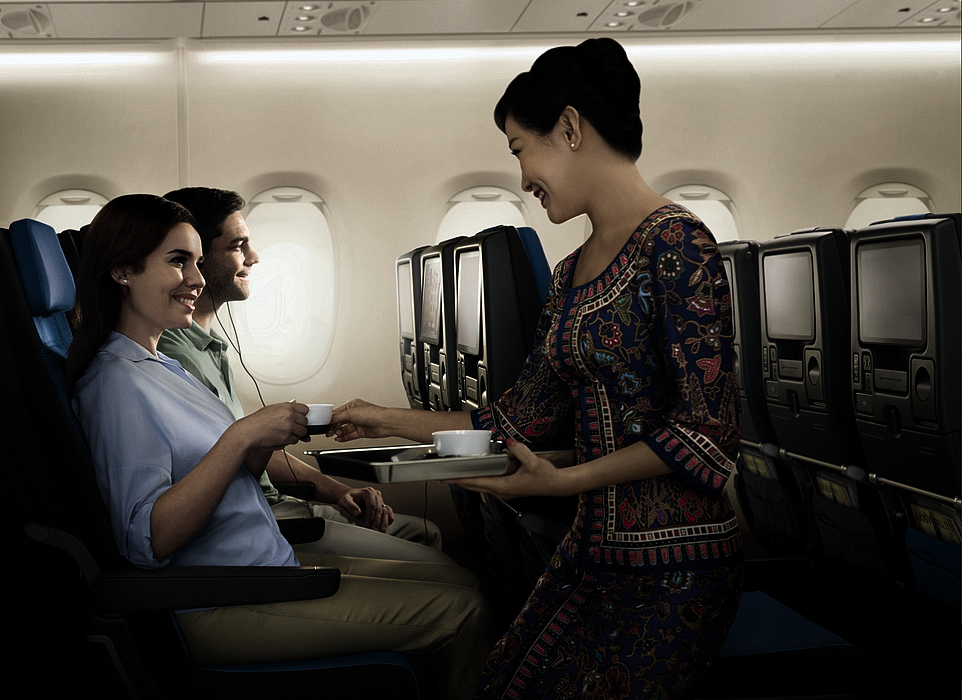 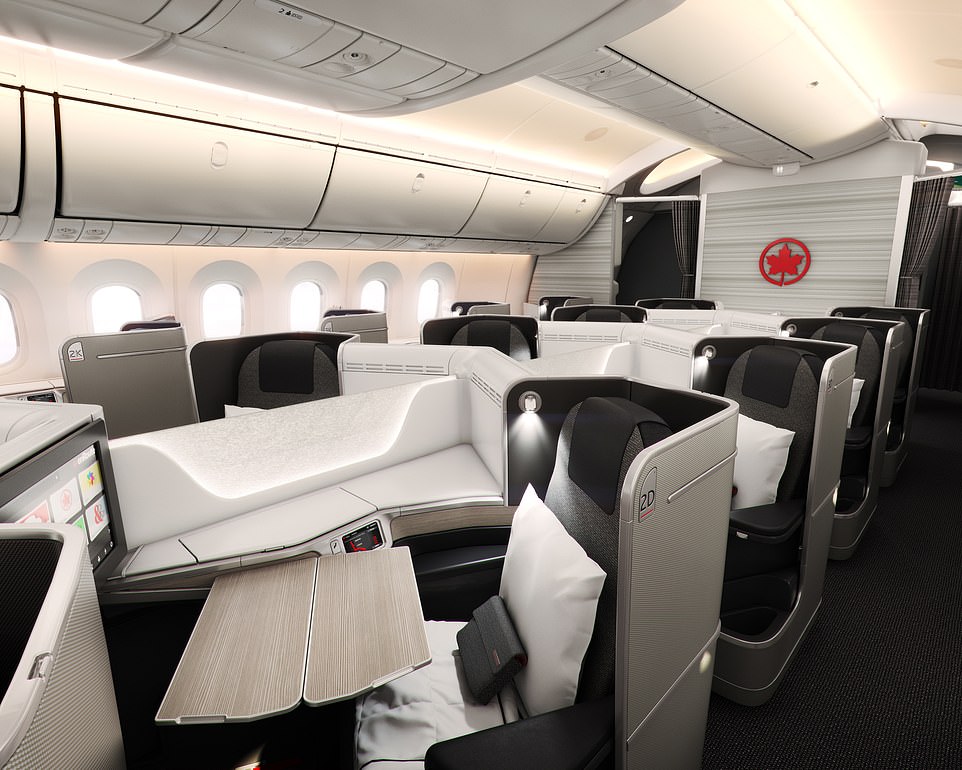 Steve Heapy, CEO of Jet2.com and Jet2holidays, said: ‘To win five prestigious awards from TripAdvisor is an achievement we are truly proud of, as it shows that Jet2.com is a world leader when it comes to delivering first-class customer service. The awards are living proof that our investment in customer service is working, because they are based on the experiences of paying customers.

‘Winning five awards shows that our family friendly formula, low fares, brand new aircraft and generous 22kg baggage allowance are a big hit with customers, and all of these great benefits are complemented by our fantastic Jet2.com team who work tirelessly every day to look after each and every customer.’

Singapore Airlines CEO, Mr Goh Choon Phong, said: ‘We are very pleased to be back-to-back winner of the Best Airline in the World accolade in these prestigious awards. We wish to thank our customers for their ongoing support, as well as our staff from all around the world who go the extra mile every day to deliver the best travel experience to our customers.’

THE WINNERS OF THE 2019 TRIPADVISOR TRAVELLERS’ CHOICE AWARDS FOR AIRLINES

Top 10 Airlines in the World

Class of Service in Europe

Best Airline U.S: Southwest Airlines (also Best in North America and No.6 in the World)

Class of Service in North America