Sion president Christian Constantin physically attacked a television commentator following a league match on Thursday, then said he had ‘sorted out’ the differences between the pair.

Part of the attack was caught on camera and showed commentator Rolf Fringer, already on the ground, being slapped on the head by the 60-year-old Constantin, shortly after Sion’s 2-1 win at Lugano.

Soon afterwards, Constantin told cable broadcaster Teleclub that Fringer, a former coach of the Swiss national side, had criticised him and treated him badly earlier in the week. 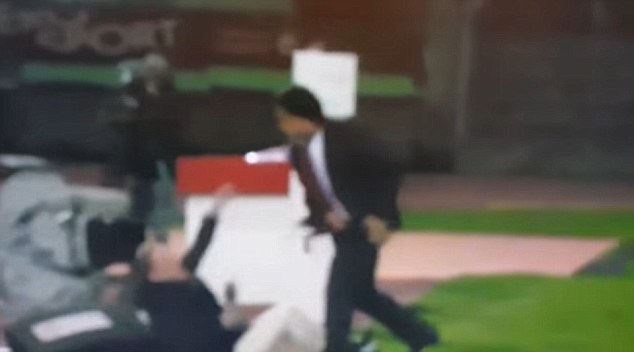 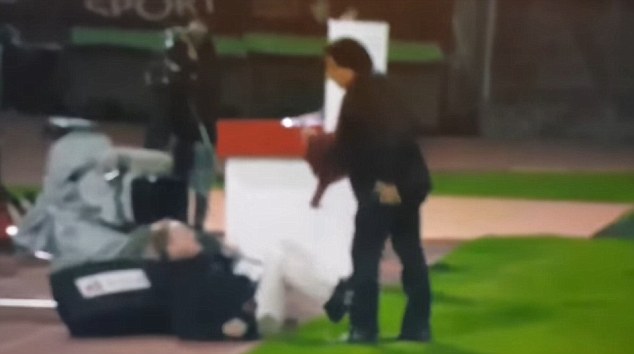 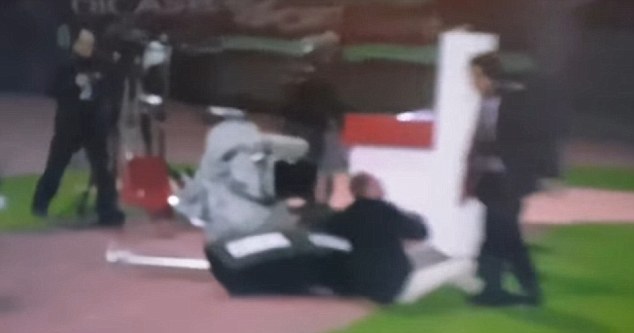 Constantin said: If you’re attacked you defend yourself, adding ‘I kicked him in the backside’ 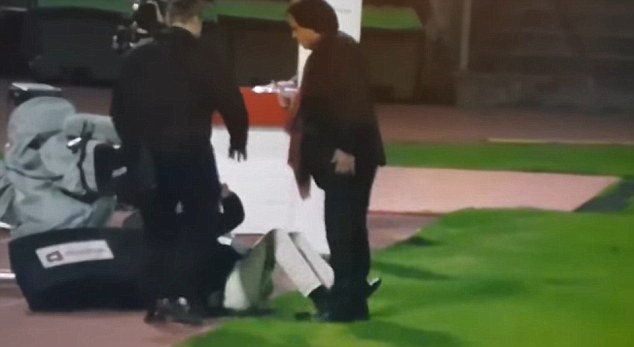 ‘Now, I’ve sorted that out,’ Constantin said. ‘I grabbed him and I kicked him in the backside.

‘When you are attacked, you have to defend yourself.’

The Swiss Football League confirmed it would open disciplinary proceedings into the incident.

‘As the television pictures show, Sion president Christian Constantin was involved in a physical altercation with Teleclub football expert Rolf Fringer. Constantin confirmed the incident in a television interview,’ the SFL said in a statement. 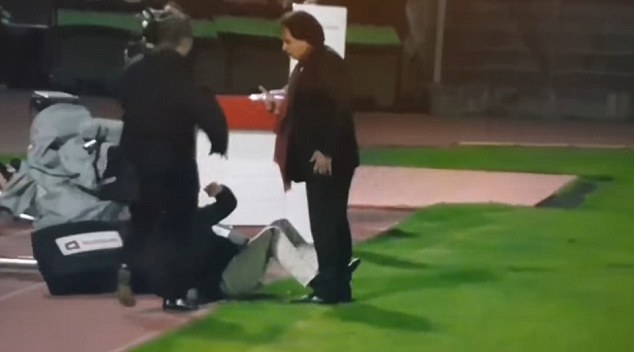 A distressed Fringer said afterwards; ‘I’m still shocked. You don’t imagine something like this’ 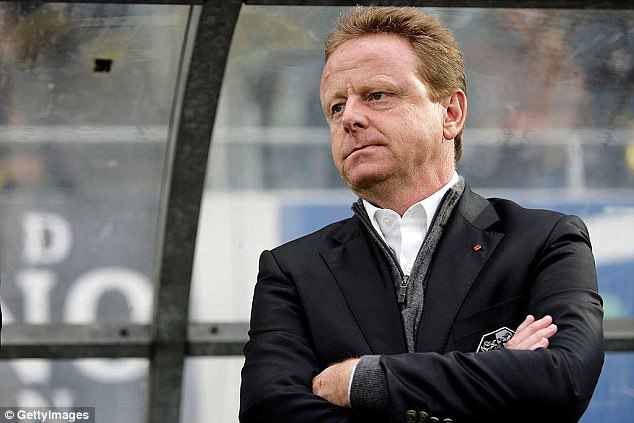 Fringer, a former coach, had branded Constantin’s running of the club as ‘ridiculous’

Earlier in the week, Fringer had criticised Constantin’s leadership of the club, describing it as ‘ridiculous’.

Fringer, whose has also coached a number of clubs including Greek side PAOK, said he was hit in the face and tripped over the camera when he tried to escape.

‘I’m still shocked,’ he said. ‘You just don’t imagine something like that happening.’