Snub to May as Trump invites Macron for first state visit

The special relationship suffered a new blow today as it emerged French President Emmanuel Macron would be the first leader invited on a state visit by Donald Trump.

The US President plans to extend the invite to Mr Macron at the Davos summit this week, ending British hopes that the honour could be granted to the UK.

Theresa May rushed to be the first European leader to the White House a year and immediately invited Mr Trump to attend a state visit in Britain.

But the relationship has cooled since amid a series of public spats. Mr Trump cancelled a visit to open the US embassy and his state visit is on ice amid fears he would be met by furious protests.

Mrs May and Mr Trump are expected to meet at the World Economic Forum this week – the first time they will have met since the President re-tweeted far right Britain First videos. 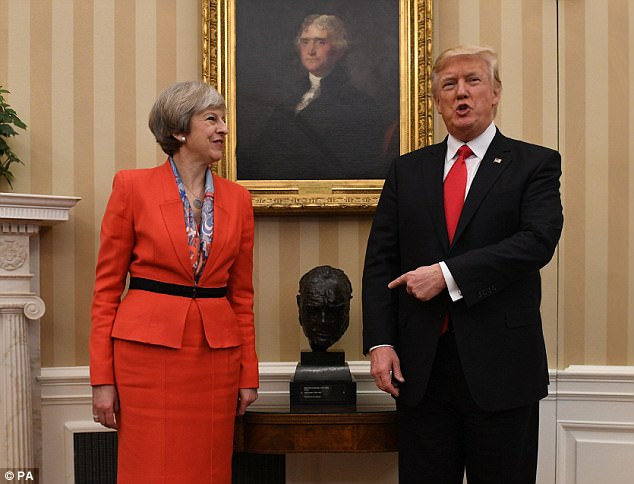 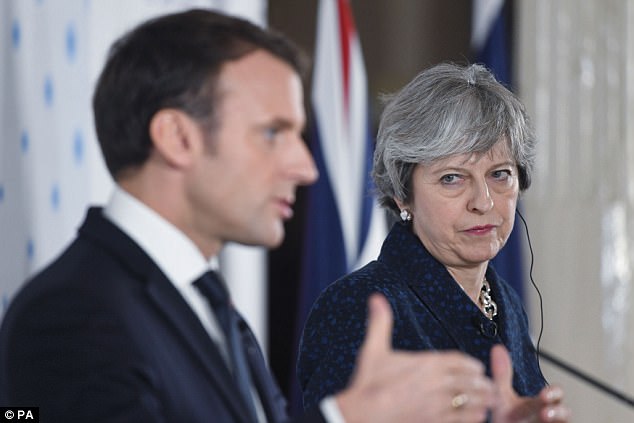 Since entering the White House a year ago, Mr Trump has hosted numerous foreign leaders but has yet to host an official state visit.

He expressed deep appreciation for the red carpet treatment Macron showed him on a visit to France on a visit pegged to Bastille Day.

They viewed the Bastille Day parade together and dined with their spouses, First Lady Melania Trump and French First Lady Brigitte Macron, in the Eiffel Tower.

The White House would not officially confirm reports about the planned invitation.

‘We don’t have an announcement to make at this time,’ an official told CNN.

Mr Trump was not granted the honor of a state dinner at Elysee Palace.

Trump and Macron bonded during the visit, despite some policy disputes over a pat to combat climate change that Trump said the U.S. would withdraw from.

The successful visit came despite an awkward meeting with a lingering white knuckle handshake as the two men appeared to jockey for dominance. 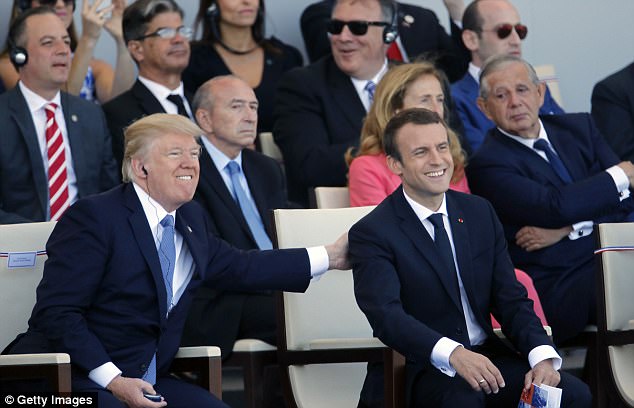 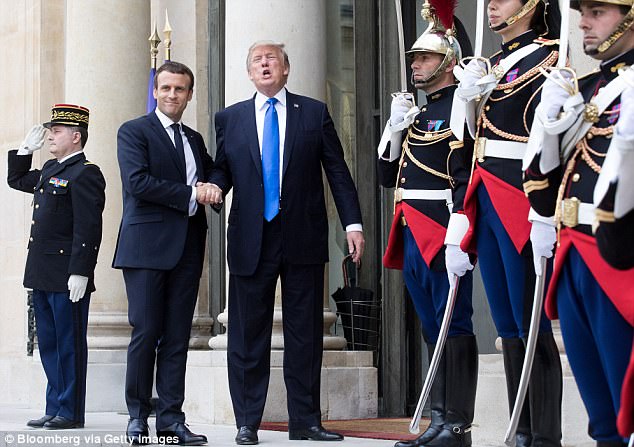 A source said he reminded Trump how many world leaders would be there, and that it would be fun.

An official state dinner would be a major undertaking for the White House protocol staff as well as the office of First Lady Melania Trump, which recently announced new staff hires.

The first lady notably decided not to accompany the president on his trip to Davos, after her office cited scheduling and logistical concerns.

The news comes after days of reports about an affair Trump is alleged to have had with adult film star Stormy Daniels.

The Wall Street Journal reported that Trump lawyer Michael Cohen arranged for a $130,000 payment to Daniels weeks before the election.