An Italian reporter who labelled the Australia v Denmark World Cup match ‘dull’ and slammed Aussies fans for not singing has been slammed by Socceroos diehards in Qatar.

Australia’s historic 1-0 win over Denmark secured the Socceroos passage to the knockout stage for just the second time in history and fans celebrated long and hard into the night on home soil.

But it was a different story at Al Janoub Stadium, where Aussie fans were criticised for not generating any atmosphere.

SportItalia correspondent and CNN/Al Jazeera contributor Tancredi Palmeri added that the Aussie supporters were eerily quiet during the match and blamed Qatar’s booze ban at stadiums for their silence.

‘Definitely #AUSDEN is worst ambient I have ever been at World Cup. Stadium almost full, maybe only 2k missing, but silent as Covid times with empty stands. 2k each for Australia and Denmark and they don’t sing a bit too. Do they need beer to sing? Sad,’ he tweeted.

He also added: ‘Also one of dullest games I have ever been at World Cup’.

Daily Mail’s Mike Keegan tweeted: ‘Stadium half empty and almost zero atmosphere. First Mexican Wave timed at 12 minutes. Feels like there may be a lot of people here who don’t care much for Australia v Denmark.’ 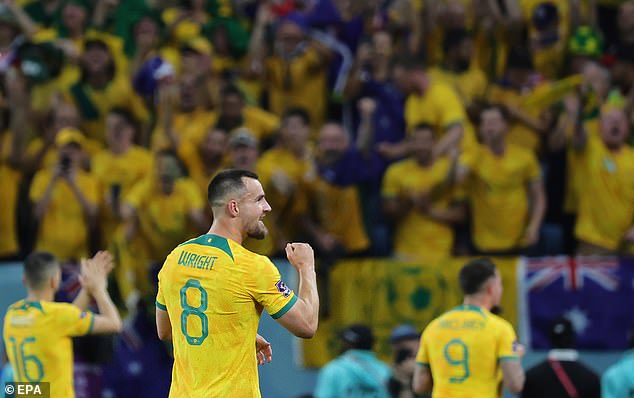 Needless to say, Aussie supporters were not impressed with Palmeri’s take and pointed to moments in the game – including Matthew Leckie’s goal – when the Socceroos fans went berserk.

‘You must be fun at parties. It did seem to warm up a bit ay?’ one fan replied.

‘Last I checked it was a sports game and not choir practice. Maybe they were watching the game?’ replied another.

‘You’re right, maybe Italy can show us how it’s done in the round of 16. oh, that’s right the last time Italy even qualified was back in 2014 and the last time you got out of the group stage was 2006,’ one posted.

‘Singing louder than the Italians at this World Cup,’ replied another.

‘Not as quiet as the Italian supporters sunshine,’ added another. 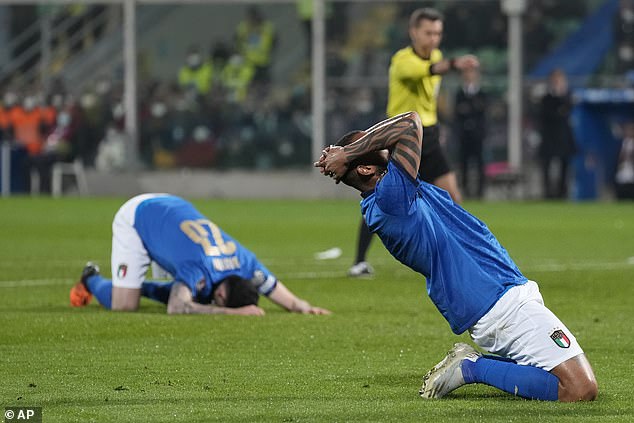 Others pointed out that singing at the football is not a massive part of Australian culture, but the supporters who were there chanted and cheered loudly.

‘I don’t think Australians would sing even with beer but I can hear them chanting and clapping on the broadcast.’ one fan posted.

‘You need to sing at the soccer to enjoy it do you? What rubbish. And what a joke you cant get a beer either. Worry about your own team…oh wait….how is the Italian singing back in Italy?’ posted another.

Looks like your in the nose bleed section? Perhaps get down to where you can see the game – ive never been singing with a wilder bunch of Aussies and we didn’t stop all night. Go Roos. What time is Italy’s game? pic.twitter.com/ee7mcax8Cc

At least there was one celebrity sighting in the allegedly subdued crowd, although this is unconfirmed.

‘Could’ve sworn I saw Selina [Roberts, played by actor Tempany Deckert] from Home and Away in the crowd during the Denmark v Australia game earlier,’ one fan posted.

Other fans said Denmark supporters had stayed away from the World Cup in droves, which also contributed to the tame atmosphere. 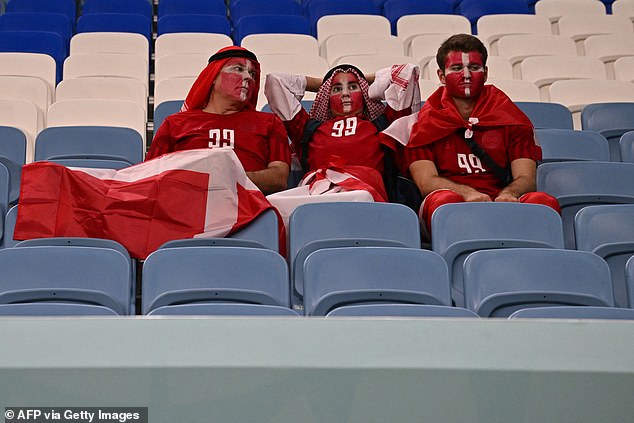 ‘As a Dane, a lot of the hooligans and fans have boycotted Qatar and support from home. It is clear The Danish players lacks the support like we did at home at The Euros,’ one posted.

‘Few Danes want to travel to Qatar. The boycott issue has been huge here.’ added another.