Sommelier, 50, and wife who were accused of filming their ex-neighbours are cleared of stalking

A vegetarian couple, accused of stalking their ex-neighbours after claiming they endured intense ‘rotten meat’ cooking smells from next-door, have been cleared by a jury.

Yesterday the jury, which had been reduced to ten because the anticipated four-day trial lasted eleven days, found them not guilty by a 9-1 majority.

Scott Lawrence and Jessica Parker moved out of their house in Twickenham, west London after their neighbours filmed them while sitting in local cafes, a court was told last week.

The couple re-located after multiple run-ins with the Honses, who often complained about late-night parties, loud banging, drilling and dog-walking next door. 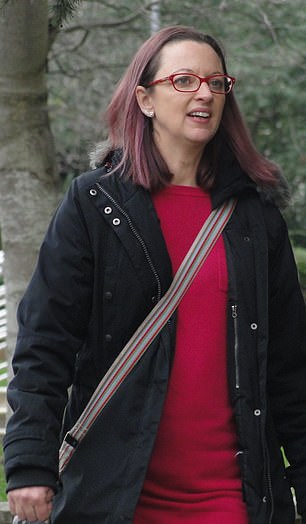 Christoph Hons, 50, (left in an undated photo) and his wife Sylvia, 45, deny stalking Scott Lawrence and his wife Jessica Parker  (pictured outside court, right) in London between January 15 and April 29 last year

The German couple, who wasted £5,000 pursuing a civil claim against their former neighbours Mr Lawrence and his wife Jessica Parker, insisted they always had their phones at the ready to record potentially anti-social behaviour.

The Hons’, of Twickenham always denied stalking the couple in the local area by filming them on their phones between January 15 and April 29, last year.

They were accused of filming their former next-door neighbours while observing from local cafes and as they ran past with the Bearcat Running Club.

Both couples ended up filming each other with their phones and Go-Pro’s and Christoph, whose home is equipped with multiple CCTV cameras, was issued with a police harassment warning along with his wife and Mr. Lawrence.

The original feud started when the defendants complained of ‘foul’ meat smells coming into their home. 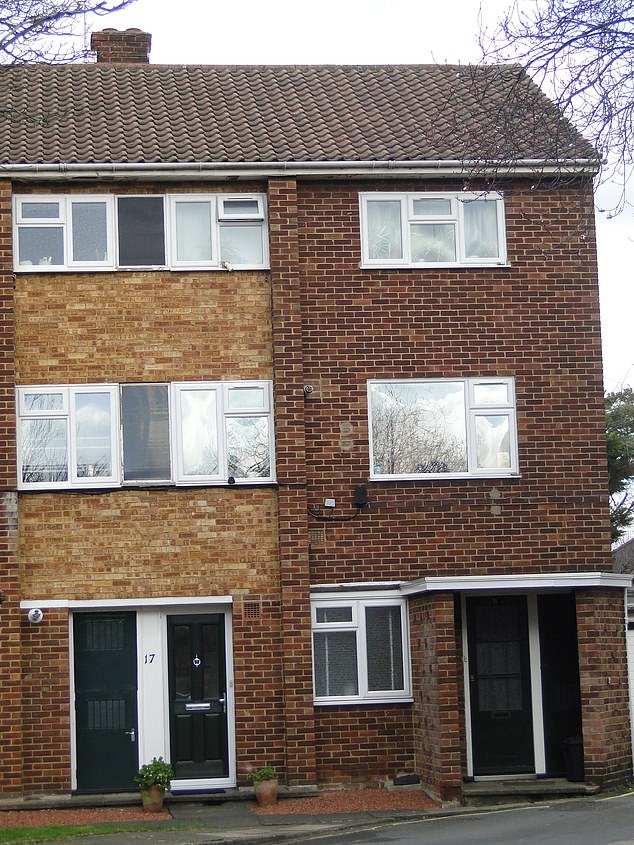 Their neighbours Scott Lawrence and Jessica Parker moved out of their house in Twickenham, west London (pictured) over the row and set up elsewhere in the capital

Describing the smell, Mr Hons told the jury: ‘Your home is full of this bad smell, in the curtains, in your clothes, all over the place.

‘It was very intense, foul meat, rotten meat. I am quite sensitive on taste and smell, it is a big part of my job.

‘We called the police every time that happened. Every time it occurred.’

Eventually they installed an insulation system that got rid of the odour, but the arguments continued, the court heard.

Earlier in the hearing Ms Parker told the jury: ‘They tried to attract our attention to film us. I’d see them out of the corner of my eye.

‘I knew they didn’t want us to be in the garage area, but it was useful to us. We would throw a ball to the dogs and nobody else minded.

‘Eventually they got a ‘No Dog Walking’ sign put up there.

‘We had been exercising our dogs and Mrs Hons went back home to get her moped and drove it at us for half an hour, while filming.

‘My heart was pounding, but what is the best thing to do with a bully? We had been subjected to aggression, but when someone is bullying you, do you just scuttle off?’

Mrs Hons claims Ms Parker was enjoying the confrontation and ‘smiling’ because one of her dogs was barking at her, but the complainant says her dog was agitated by the deliberate moped revving. 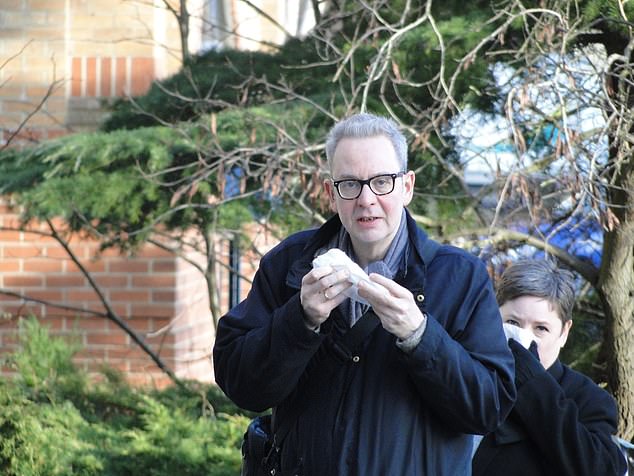 Describing the smell, Mr Hons (pictured with his wife Sylvia outside court as he arrived for trial) told the jury: ‘Your home is full of this bad smell, in the curtains, in your clothes, all over the place. ‘It was very intense, foul meat, rotten meat. I am quite sensitive on taste and smell, it is a big part of my job. ‘We called the police every time that happened. Every time it occurred.’

The defendant recorded the incident, which was played to the jury, who heard Mr Lawrence shout: ‘You and your husband are freaks. We know you have eight or nine cameras.’

Mrs Hons claims Jessica told the dog: ‘Get her,’ and the jury were shown a doorstep confrontation the defendants filmed, while pointing their phone at Mr Lawrence.

He can be heard saying: ‘Call the police you voyeuristic p*****. You two have done nothing but harass me for the last six months while I’m walking my dogs.

Mr Hons told the jury loud weekend parties began taking place in late 2015. ‘We could hear the music through the walls up until two or three am.

‘I complained, but I found them quite aggressive so reported the noise to their landlord.

‘The parties stopped, but then they started throwing things at the walls and there was loud banging of doors up to midnight.

‘There was also six weeks of continuous drilling. You could feel the vibration through the wall. It was getting very annoying.’

Mr Hons told the jury he and his wife reported his neighbours to Richmond-upon-Thames’s Environmental Health department because of the constant noise.

He denied ‘laughing and abusing’ his neighbours as they walked past, giving them ‘the finger’ and damaging one of their vehicles.

Mr Hons insisted he would go out of his way to avoid confrontation in the street: ‘I would go behind a bush or a car to avoid contact with Mr Lawrence.

‘By that stage I was in a kind of fear and anxious about him. My cameras were to monitor and prevent an incident because I did not know how far it would go.

‘I was shocked. We never gave him a reason to do that. I feared for the safety of myself, my wife, my house and my cat.

‘It was frustrating that the police really didn’t do anything to resolve this situation.’