Theresa May insisted the Brexit deal must work for the ‘whole UK family’ including Gibraltar today as Spain threatens to scupper the deal over the Rock.

The Prime Minister said she was ‘steadfast’ in support for Gibraltar, which has been a British territory since 1713 despite decades of Spanish complaint and sniping.

Madrid has revived a row over the future of the Rock in the final days of the negotiation, warning it could veto the divorce without new guarantees.

But Mrs May said at PMQs: ‘We have been we will not exclude Gibraltar from negotiations on the future relationship.

‘We want a deal that works for the whole UK family.’

Madrid has used the final round of talks to ramp up Brexit tensions by signalling a shift in position on an independent Scotland – jibing that the UK will ‘split apart before we do’. 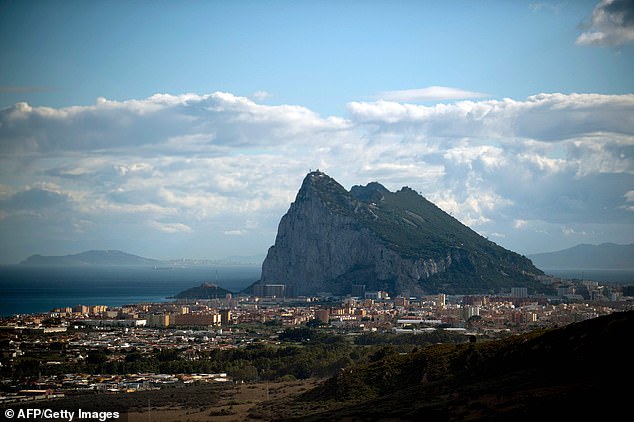 The swipe came as a row over Gibraltar threatens to derail the Brexit divorce package.

Spain has faced internal unrest over Catalan calls for independence.

But foreign minister Josep Borrell dismissed the idea that a bad Brexit deal could fuel those calls by driving a wedge between England, Northern Ireland and Scotland.

In comments that were gleefully retweeted by Scottish First Minister Nicola Sturgeon, he made clear Spain would not stop an independent Scotland joining the EU if it left the UK on a legal basis with Westminster’s consent.

The potential for objections from Madrid was deployed against the independence campaign during the 2014 referendum.

The burgeoning row is another headache for Theresa May as she tries to quell revolt at home.

Madrid refuses to accept The Rock is a part of Britain despite the fact it has been an overseas territory since 1713.

The divorce deal sets up a new UK-Spanish oversight committee to manage ties across the border after Brexit.

But Spain is demanding a specific opt out on any trade deal be added to the part of the divorce committing the EU to negotiate it. 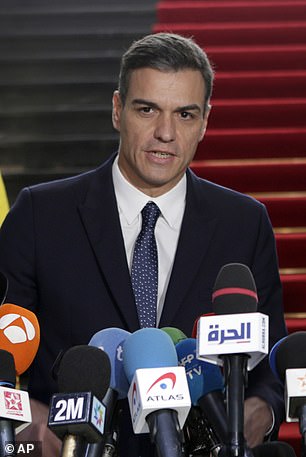 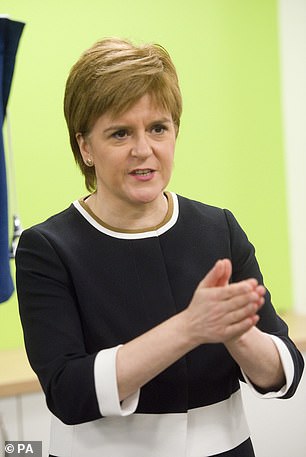 Spanish Prime Minister Pedro Sanchez (left). Nicola Sturgeon (right) seized on Spain’s claim that it would not veto an independent Scotland from joining the EU

The divorce deal is supposed to be locked and not due to be reopened before Sunday’s summit.

However, PM Pedro Sanchez told a business conference in Madrid today that he currently is not prepared to sign off the package.

‘As a country, we can’t conceive that what will happen with the future of Gibraltar will depend on a negotiation between Britain and the European Union,’ he said.

‘As a consequence, today, I regret to say that a pro-European government like Spain’s would vote no to Brexit unless there are changes.’

Downing Street has insisted the deal will apply to the ‘whole UK family’ including Gibraltar and other overseas territories.

‘I think the United Kingdom will split apart before the Kingdom of Spain.’

Gibraltar’s first minister Fabian Picardo said yesterday it was ‘no surprise’ to see Spain raising the Rock again at the last minute.

‘It has no place in the modern Europe of today at a time when when the United Kingdom and Gibraltar are trying to build a positive future relationship with the EU.’ 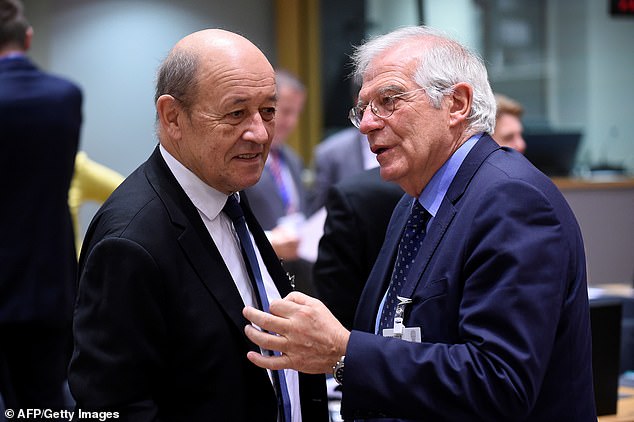 EU leaders will be asked to approve the divorce deal at a special summit on Sunday, assuming Mrs May has not been ousted by her own party before then.

Gibraltar is due to leave the European Union along with the United Kingdom in March, although 96 percent of its population voted in the 2016 referendum to remain in the bloc.

Spain has frequently tried to use Gibraltar as a negotiating chip in the Brexit talks but has not so far used its veto in the negotiations.

The draft Brexit deal sets up a new cooperation framework between Britain and Spain to oversee the Rock.

An overarching committee of UK-EU officials means Brussels gets an oversight role on the new arrangement.

An EU diplomat said the issue could go as far as the Sunday summit of all EU leaders aimed at rubber-stamping the Brexit deal, where other outstanding points are fishing and a limit on any extension of a post-Brexit transition phase.

Noting how Spain was obliged to accept British positions on Gibraltar when it was negotiating its 1986 accession to the bloc, a decade after Britain had joined, a senior EU official said London now had to accept that ‘the tables have turned’. 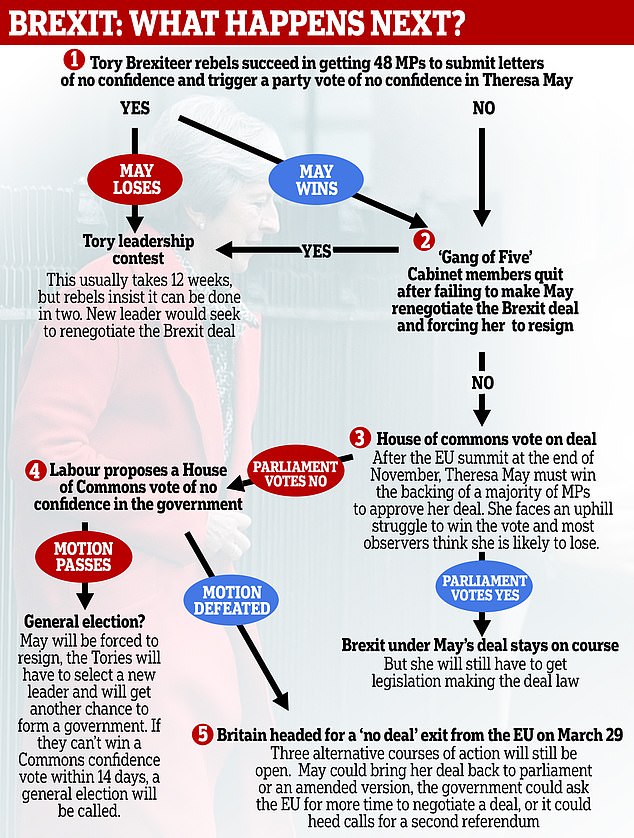