In footage captured by a British PhD student during the first science flight over the newly detached iceberg, viewers can witness the incredible size of the floating island of ice – which weighs a staggering trillion tonnes.

Ella Gilbert, a PhD Antarctic research student from London, was part of a observational flight over the newly-detached A68 iceberg.

The body broke off from the Antarctica Peninsula in late 2017, resulting in the ice shelf losing 12 per cent of its size.

The detached A68 iceberg is said to measure a whopping 3,600-square-miles.

That’s equivalent to the size of Norfolk, a quarter of Wales, two Luxembourgs, four Londons, or six Manhattans.

The British Antarctic Survey were the first to conduct a science flight in the hope of understanding how greenhouse gases collect between the ocean and the atmosphere.

The footage, filmed in December 2017 during a six week campaign, features picturesque and snow-capped mountain tops.

It also captures the Larsen C Ice Shelf that is reminiscent of the ‘The Wall’ from Game of Thrones.

Finally, the helicopter flies above smaller icebergs floating on top of the -10 degree Celsius ocean.

Ella said: ‘This experience was mind-blowing and the most incredible thing I’ve ever done in my entire life, most certainly as a scientist. 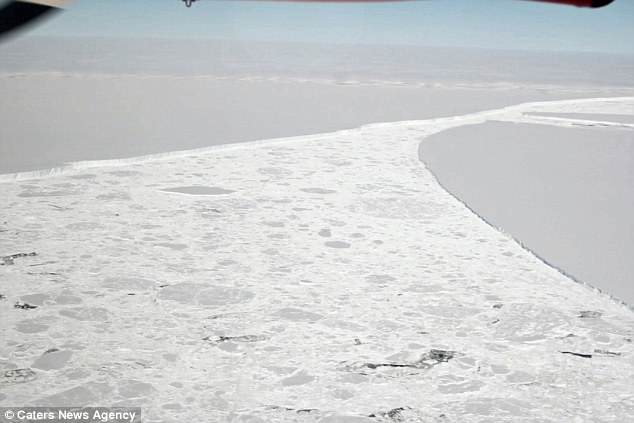 Ella Gilbert, a PhD Antarctic research student from London, filmed the worlds first ever research footage of the iceberg after it broke off from the peninsula ice shelf in late 2017

‘I was part of an atmospheric research campaign measuring the exchange of heat, energy and greenhouse gases between the top layer of the ocean and the bottom layer of the atmosphere. This will help us understand melting ice caps a little better.

‘I care deeply about this because greenhouse gases are responsible for causing climate change, just like carbon dioxide.

‘We saw the widening gap between Larsen C and the A68 iceberg as the berg slowly drifted away, creating smaller sized icebergs in the process. 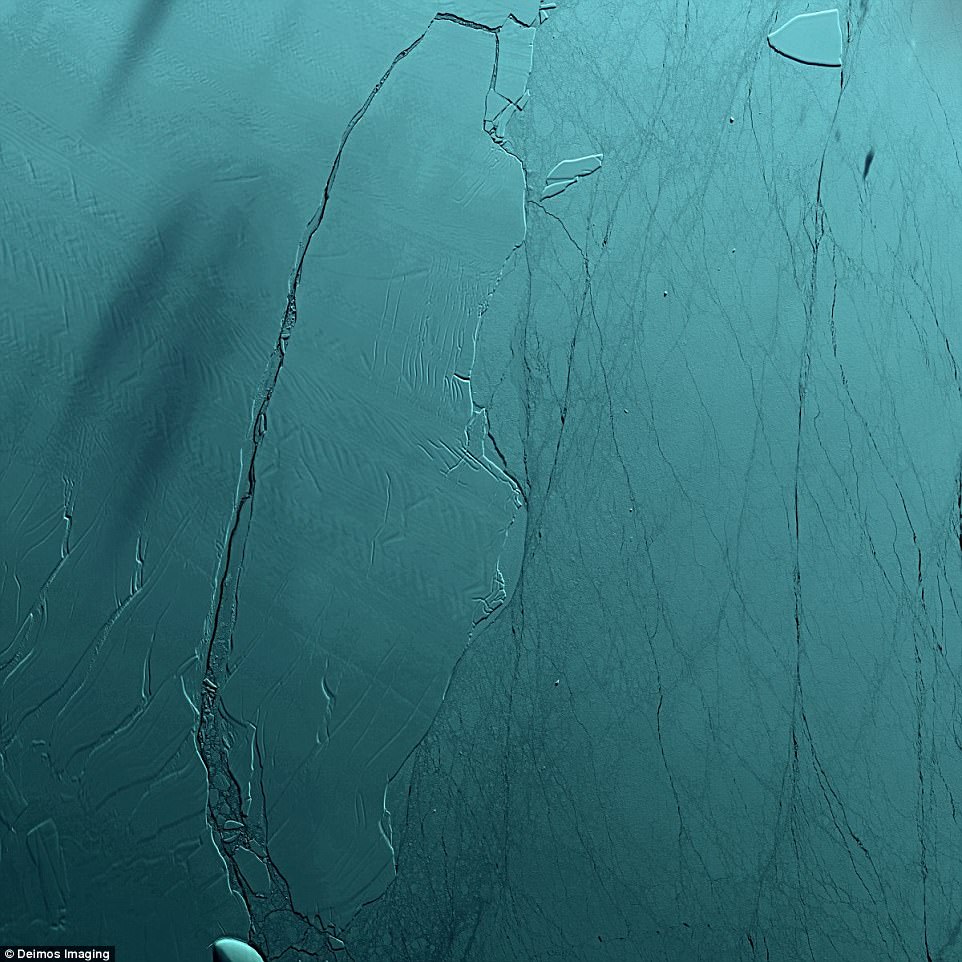 ‘It’s the only science flight that’s ever been done since the A68 iceberg broke off.

‘We flew in the gap between the ice shelf and the new iceberg to measure what was going on over this newly exposed bit of ocean, which has been covered with ice for probably 100,000 years.’

‘It didn’t quite sink in until afterwards that we were the first and only team to conduct research there.

‘It is amazing knowing that we made history – I was the only person filming, so to my knowledge, this is the first and only direct footage of A68.’