Comedian Adam Hills has taken to social media to express his pride after he was named in the Australian Physical Disability Rugby League World Cup squad to play in England later this year.

The 52-year-old has been selected in the extended Aussie squad, so his position in the final 20 to take the field is not yet guaranteed, with the team to be announced later this month.

The host of Spicks and Specks and The Last Leg – who was born with no right foot – has been instrumental in the establishment of the PDRL competition in Britain and has played for Warrington since 2018. 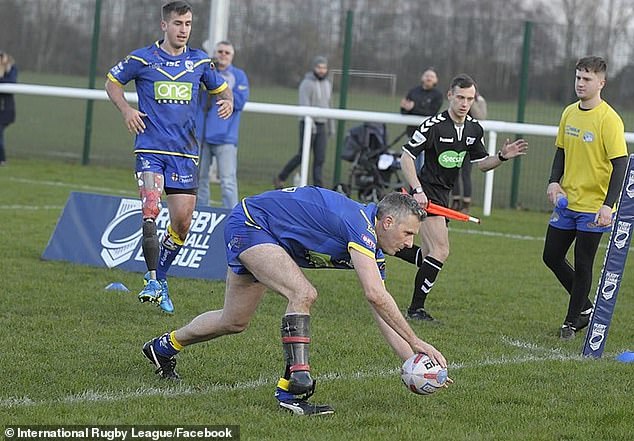 Hills, who was also awarded with an OBE for his services to Paralympic Sport and Disability Awareness, is a life-long rugby league fan – so the call-up to the national team is a very big deal.

‘Honoured to make the extended squad to represent in the PDRL World Cup,’ said Hills on social media. ‘Whether selected or not, I’ll do all I can to support the team.’ 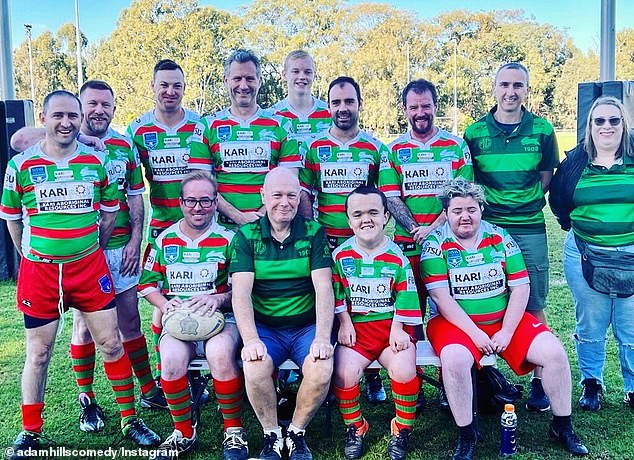 Splitting his time between Australia and the UK as he hosts The Last Leg on British TV, Hills commutes from London to train and play regularly for the Warrington Wolves in England’s north – but he has also played for Lancashire, NSW City and his beloved South Sydney Rabbitohs.

Souths were just as excited about Hills’ selection in the Aussie World Cup squad and took to Twitter to announce it.

‘Our first Rabbitoh has got the World Cup call up with international comedian and Rabbitoh tragic named to represent Australia at the Physical Disability Rugby League World Cup. Congrats mate!’ the team wrote.

England, Wales, Australia and New Zealand will be competing in the tournament which is set to kick off on October 23. 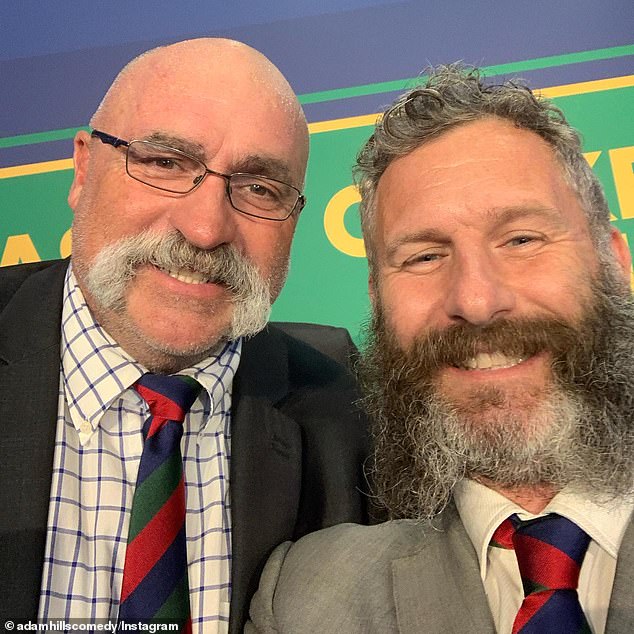