Sports analysts say a player’s HAIR tallies more votes than their skill, ahead of 2018 Brownlow

Hawthorn Hawks superstar Tom Mitchell may be the the favourite to win the AFL’s most coveted individual player’s award, but analysts say it won’t be due to his skill.

Despite breaking the record for the most disposals in a single season, some believe his head of blonde hair will draw more votes from the umpires than his form.

Revealed ahead of Monday night’s Brownlow Medal, sports statisticians say a player’s appearance may influence votes more that it seems.

Tom Mitchell (pictured) is the favourite to win the 2018 Brownlow Medal, though sports statisticians believe his blonde hair might rack up more votes than his abilities

The AFL Brownlow Medal is given to the player the umpires deem is best-on-field throughout the whole year.

At each home-and-away match, the three ground umpires allocate one, two and three votes to the players they believe made the biggest impact on the field.

But psychologists believe umpires have an unconscious bias towards blonde, bald and redheaded players, just because they stand out more.

They call this the ‘pop-out effect’, meaning these players are more memorable because they stand out from the crowd. 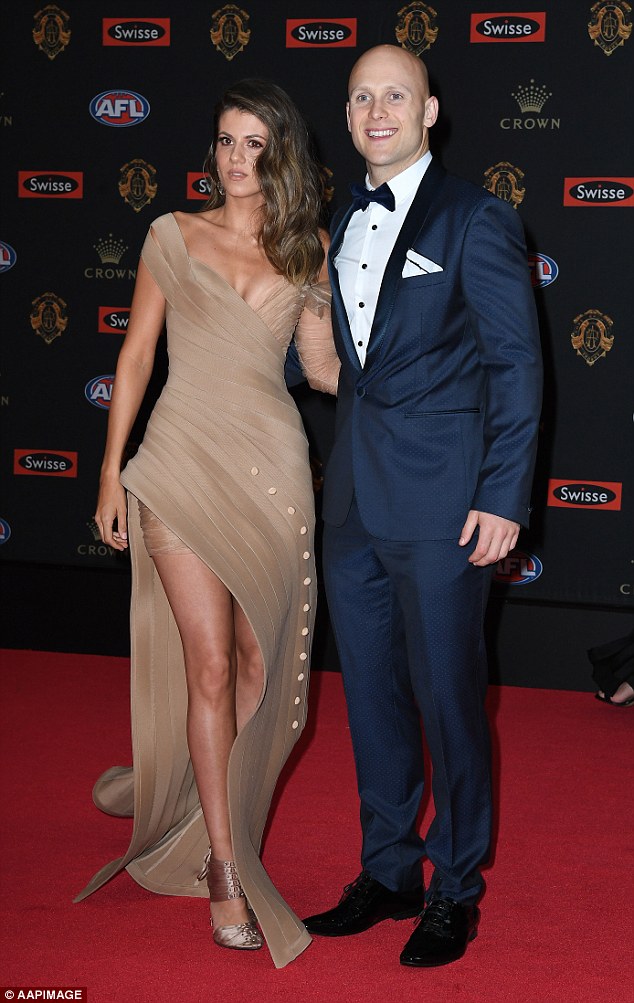 Two-time Brownlow medalist Gary Ablett Jr (pictured with wife Jordan) will go down in history as one of the greatest players of all time, though some believe it could be due to his bald head 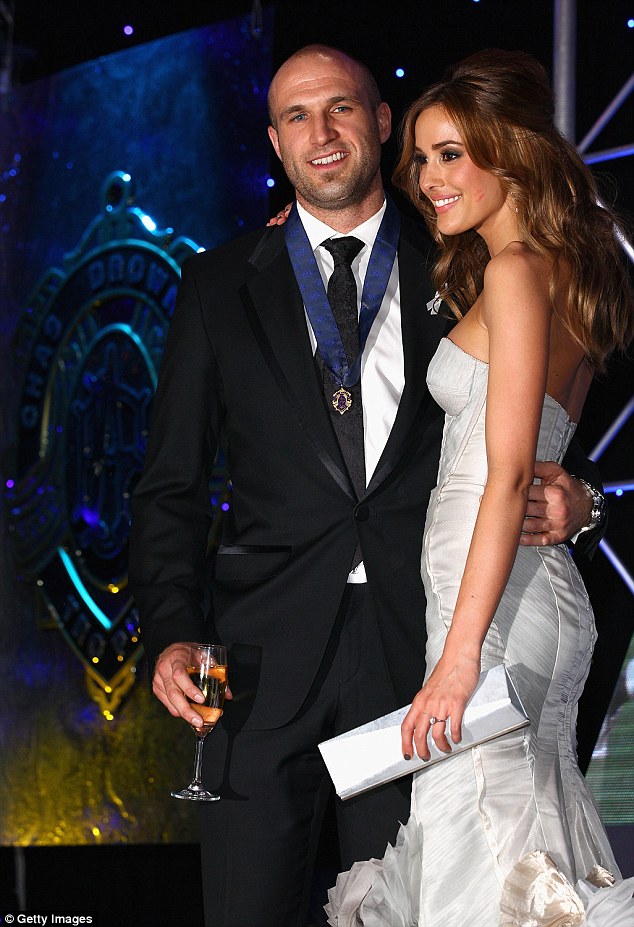 The theory began when a trio of blond-haired stars, Shane Crawford, Shane Woewodin and Jason Akermanis, won the accolade in consecutive years.

‘By the time the third one came around, everyone was saying ‘you’ve got to get the peroxide out to attract the umpire’s vote’,’ said ABC sports journalist James Coventry.

He launched an investigation into whether the myth had any substance, partnering with La Trobe University economics lecturer Dr Liam Lenten to trawl trough the record books.

After months of work, they found that players with blonde, red or no hair did tally up more votes on average than their black or brown-haired counterparts. 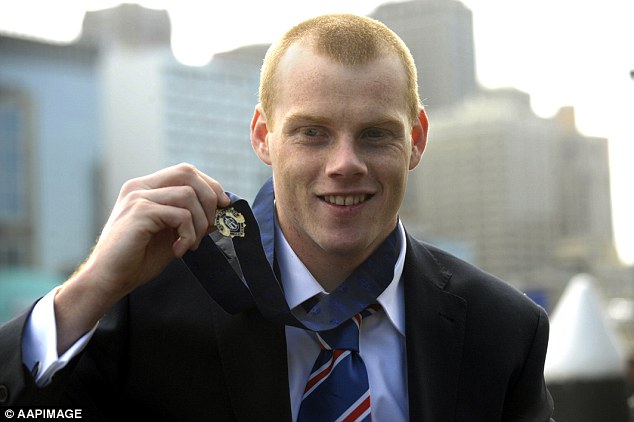 Players with blonde, red or no hair attract more votes than their brown or black-haired counterparts, according to analysts. Pictured: Adam Cooney following his surprise 2008 win

But Coventry says this method has its flaws, as averages don’t tell the full story.

He cited future hall-of-famers Gary Ablett and Chris Judd, who both sported a shaved head throughout their careers as evidence.

Both of the bald men are in the top-five all-time when it comes to votes attained in the medal’s 93-year history.

Sports statistician Michael Bailey was one of the first to investigate the concept, but says the numbers don’t hold up in a modern game.

‘The stand-out factor just doesn’t seem to hold up statistically any more… I think that form of bias has been eliminated from the AFL these days,’ he says.

If Tom Mitchell hopes to take home his first Brownlow Medal on Monday night, his blonde hair will have to beat out the distinctive beard of Melbourne’s Max Gawn and the iconic mohawk mullet of Richmond’s Dustin Martin.