Tottenham have been handed a huge blow in their quest to win the Champions League and secure a top-four finish.

Midfielder Harry Winks underwent groin surgery on Monday and appears set to miss the rest of the season.

The 23-year-old picked up the injury in the first leg of their Champions League quarter-final victory over Manchester City earlier this month. 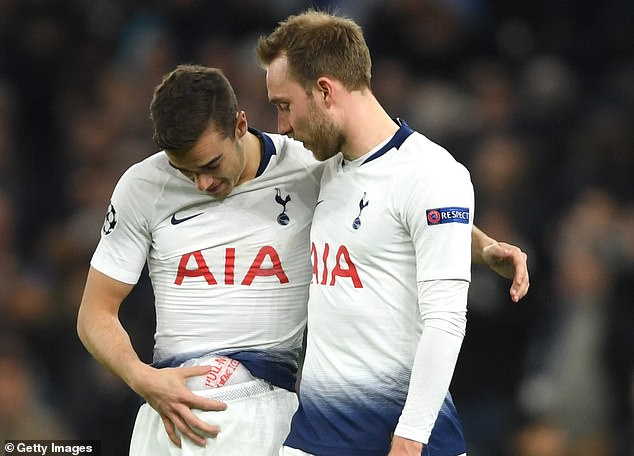 Having gone under the knife he is almost certain to miss the rest of the campaign, with only two Premier League games remaining and at most another three in Europe.

Spurs host Ajax in the first leg of their semi-final on Tuesday with the final in Madrid just over a month away on June 1.

The club announced on Twitter: ‘Harry Winks has today undergone groin surgery. The England midfielder will be monitored by our medical staff as he continues his recovery before commencing rehabilitation.’

It comes after Moussa Sissoko handed Tottenham a timely boost earlier in the day by returning to training. 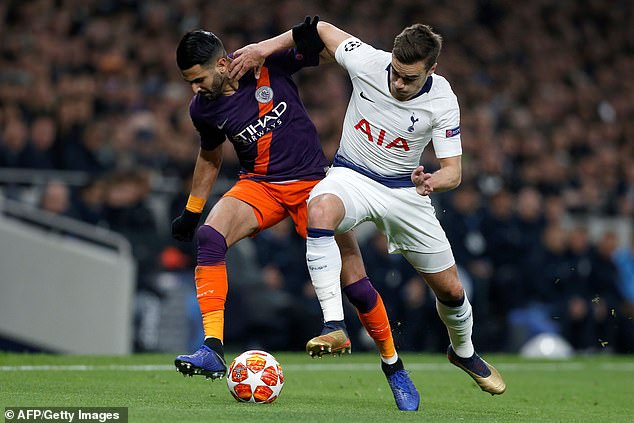 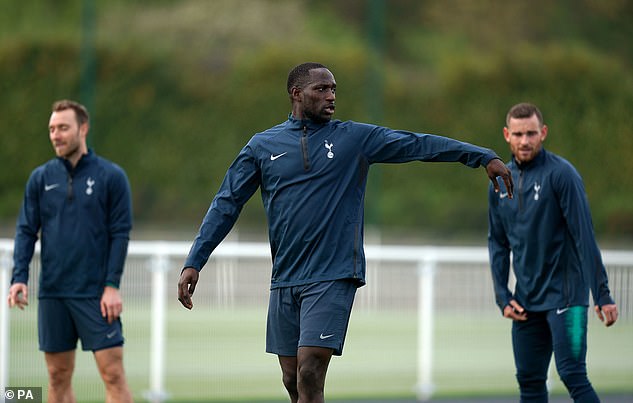 The Frenchman suffered a groin injury in the second leg against City nearly a fortnight ago.

Mauricio Pochettino had feared he would be without the 29-year-old for the semi-final clash but may now be tempted to throw him straight back into action.

Spurs have only Eric Dier, Christian Eriksen and Victor Wanyama to call upon in central midfielder.

Jan Vertonghen also joined in on the session on Monday after being rested during Saturday’s clash with West Ham. 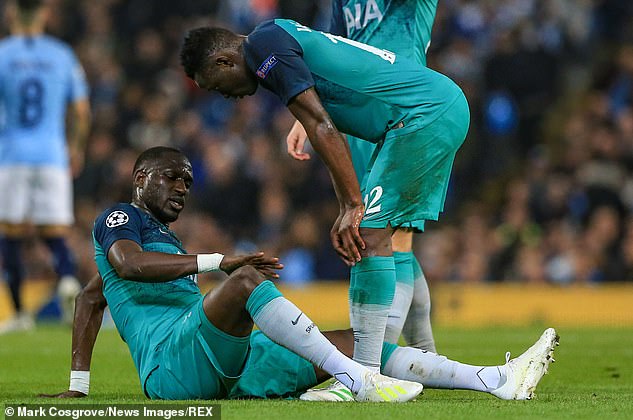