Stabbing Merrylands: Sydney man fighting for life after being knifed

A man is in serious condition after he was stabbed on a quiet suburban Sydney street in broad daylight.

Emergency crews swarmed to the corner of Pitt Street and Sheffield Street at Merrylands in the city’s west about 3.30pm on Sunday.

Pictures show the 31-year-old man sitting up on the asphalt next to a pool of blood before he is treated by paramedics and bundled into the back of an ambulance to be rushed to hospital.

Plain clothes and uniformed officers quickly cordoned off the entire street and swept the area for evidence. 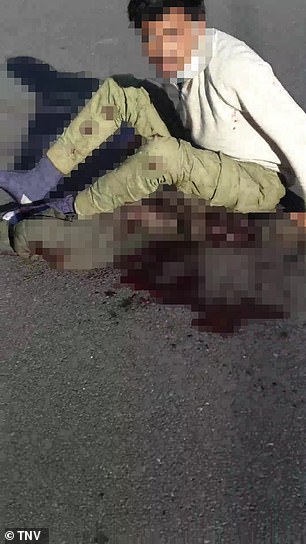 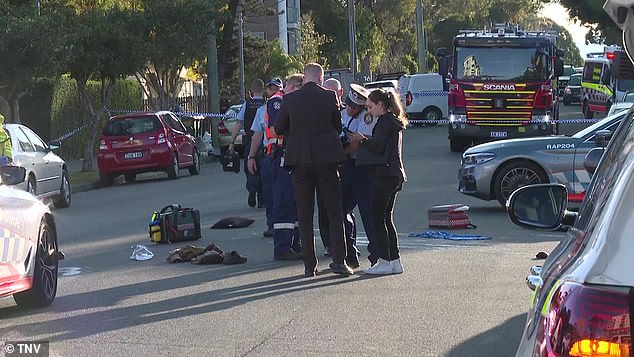 Fire crews, police and paramedics rushed to the scene on Sunday afternoon (pictured)

Following inquiries, officers attended a nearby residence shortly after and arrested a 30-year-old man. He’s been taken to Granville Police Station.

It is understood the attack was targeted.

The injured man was transported to Westmead Hospital where he is in a critical condition. 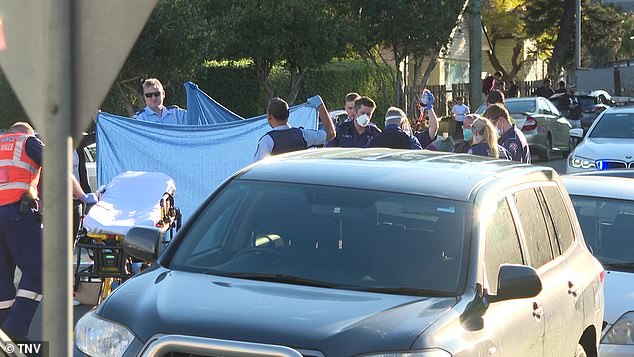 A team of paramedics bundle the man into an ambulance (pictured) 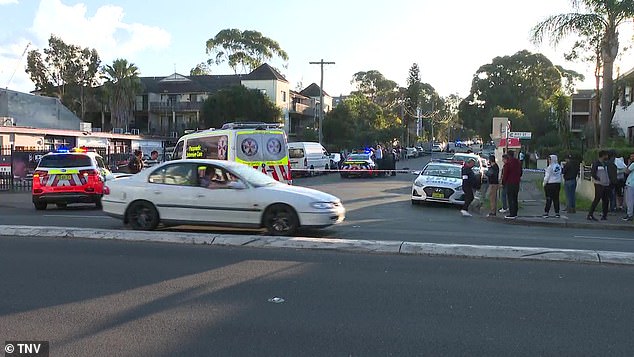 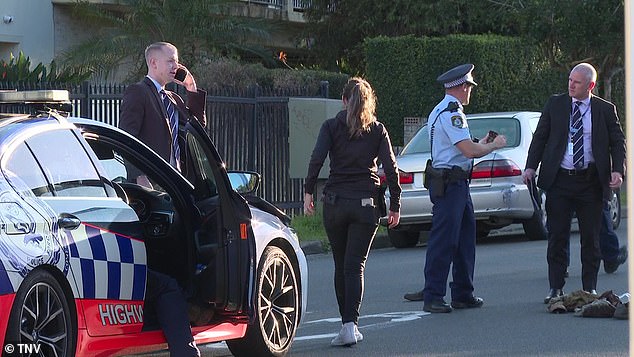