The opening of a new museum at the Statue of Liberty has temporarily turned the 14-acre Liberty Island into a teeming hive of billionaires and stars – a gathering that President Donald Trump decided to avoid upon learning the crowd would lean heavily Democrat.

The party on Saturday night in New York harbor offered the ultra-wealthy elite a chance to rub shoulders at the foot of the 133-year-old statue.

At one table, Hillary Clinton was spotted chatting with Oprah Winfrey. Before long, billionaire IAC chairman Barry Diller, in attendance with wife Diane von Furstenberg, sat joined Clinton and Winfrey at the table.

For deep pockets, nobody could compete with richest man in the world Jeff Bezos, the CEO of Amazon, who gushed in a tweet that his Cuban immigrant father would be honored at the museum with a ‘Liberty Star.’ 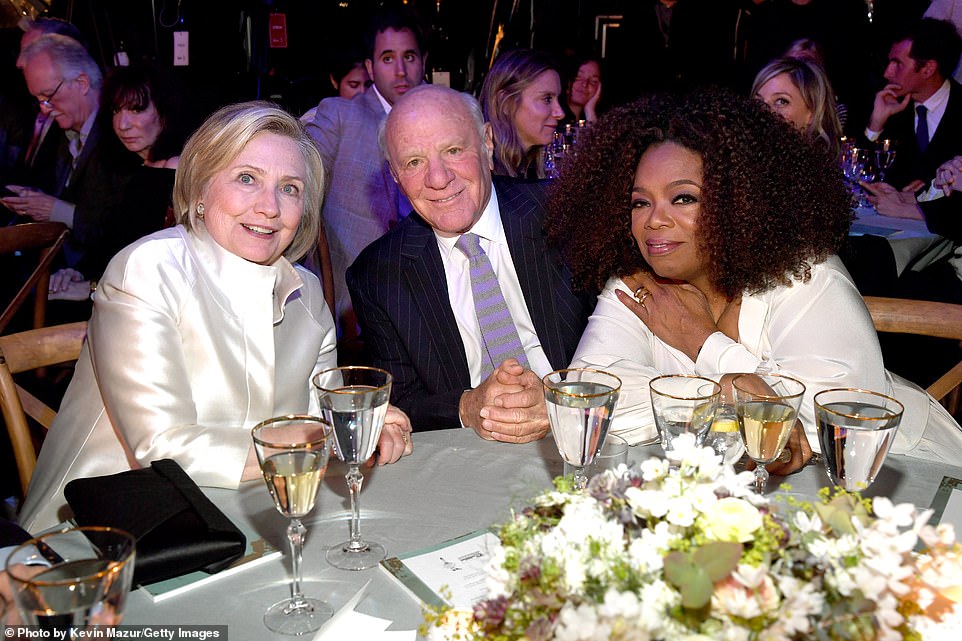 Clinton, Barry Diller and Winfrey mingle at the Statue Of Liberty Museum Opening Celebration on Saturday at Ellis Island 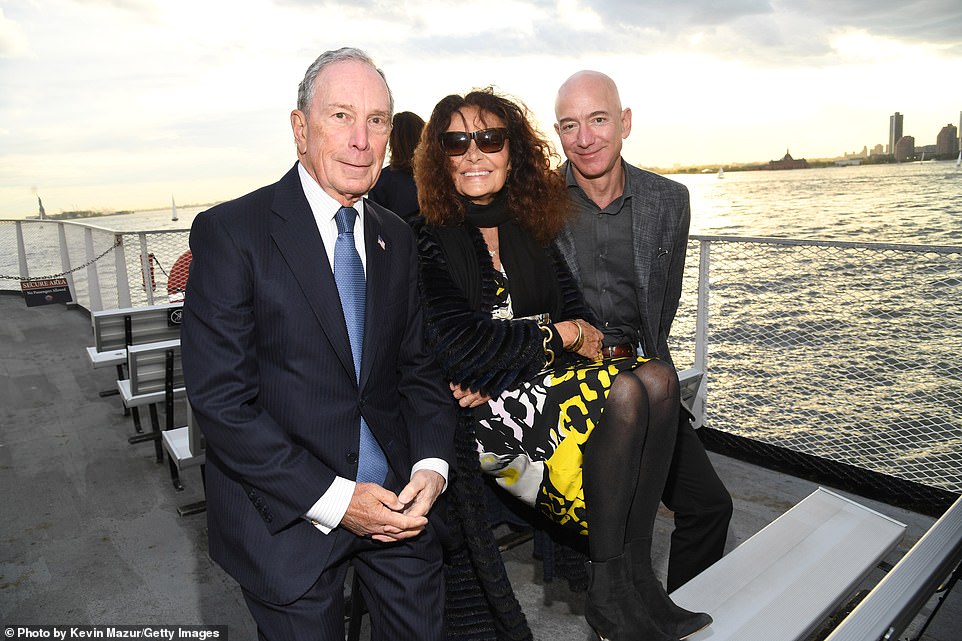 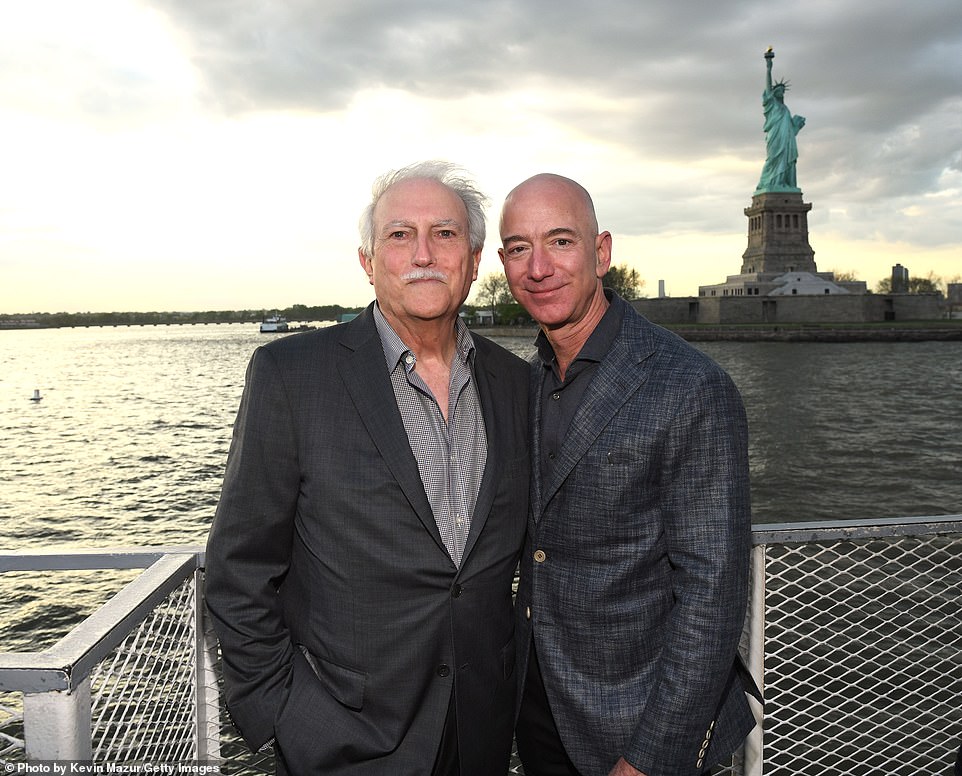 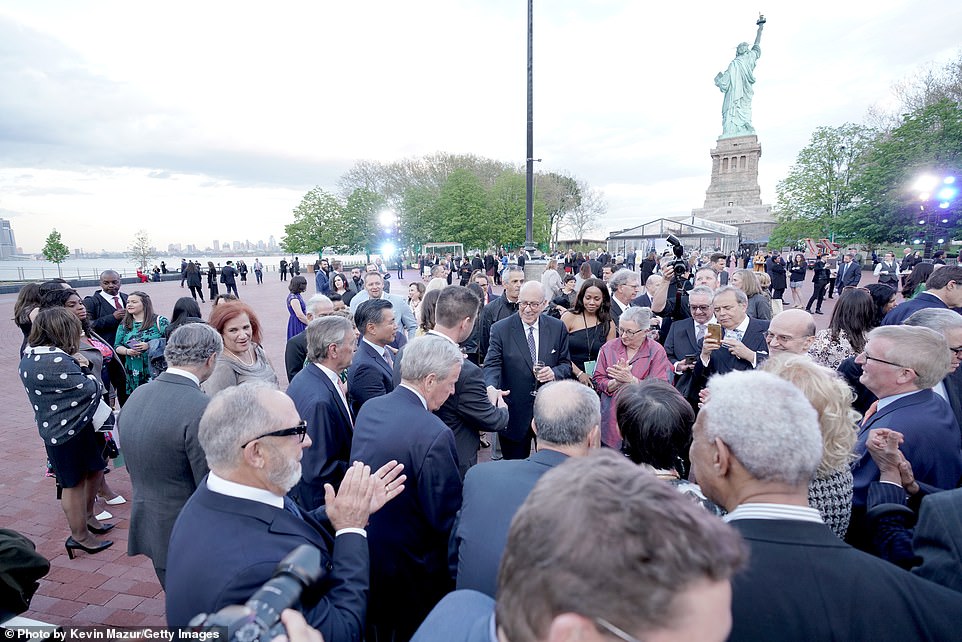 The festivities took on a subtle but unmistakable political bent, with attendees eager to highlight Lady Liberty’s role as a sight seen by many immigrants arriving at nearby Ellis Island.

Instead, Trump remained in Washington DC where on Thursday he will reveal his own sweeping proposal to reform the immigration system.

Trump had originally planned to attend the party, but backed out when he learned the crowd would likely be highly hostile, a source told the New York Daily News.

Liberal socialite Diane von Furstenberg, Diller’s wife and a member of the new museum’s board, was also there, and gave a rousing speech about her own immigrant roots as a native of Belgium. 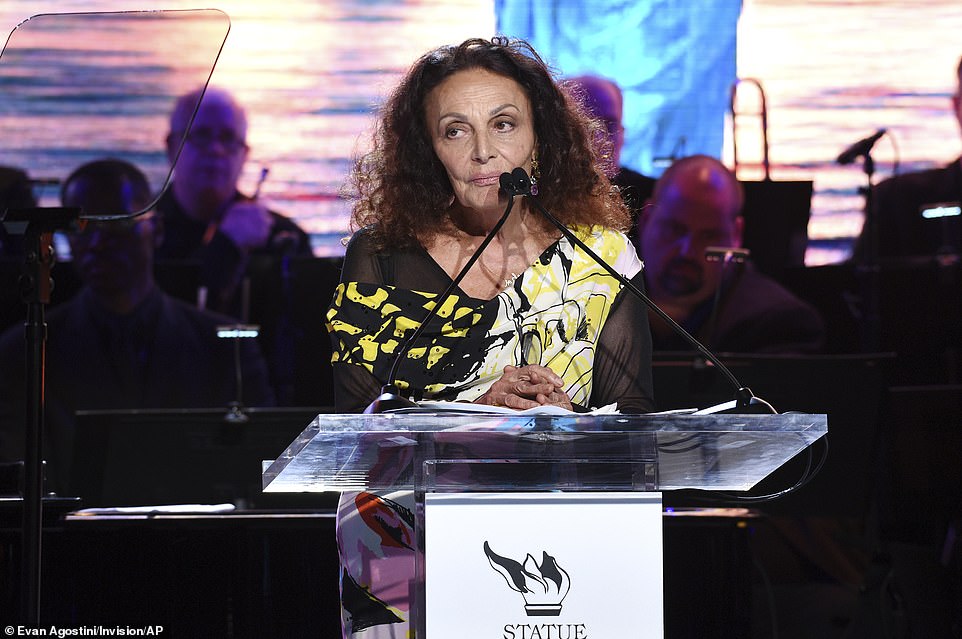 Statue of Liberty-Ellis Island Foundation campaign chairperson Diane von Furstenberg spoke at the gala, describing her immigrant roots as a native of Belgium 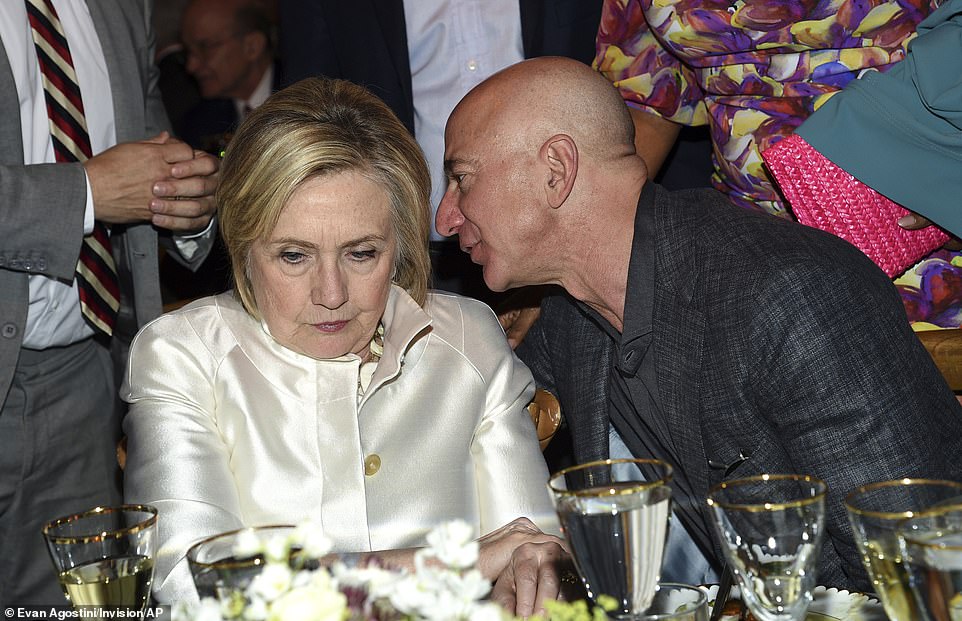 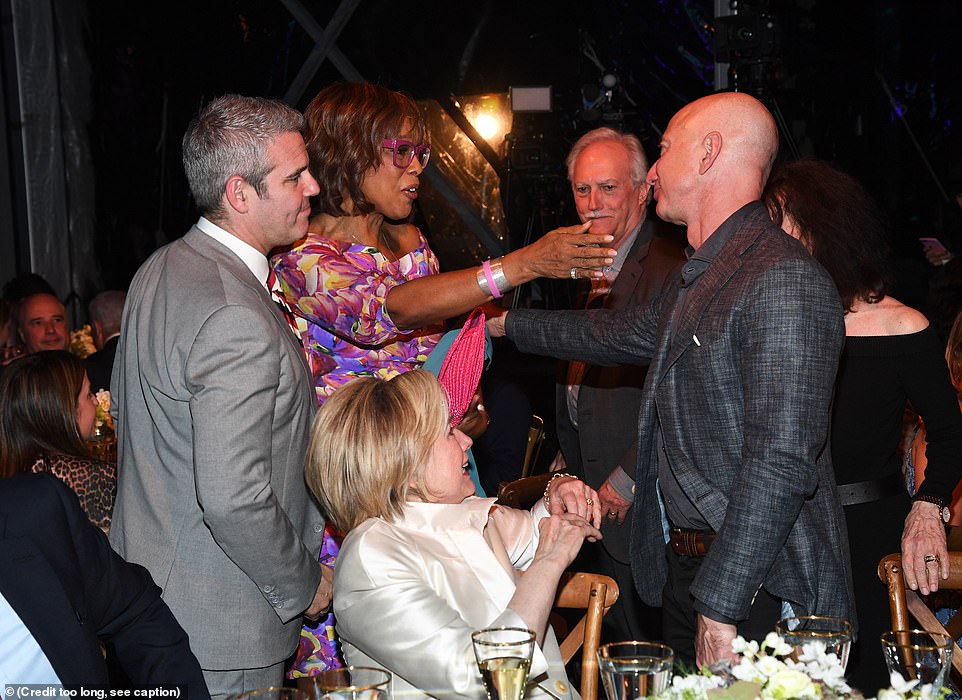 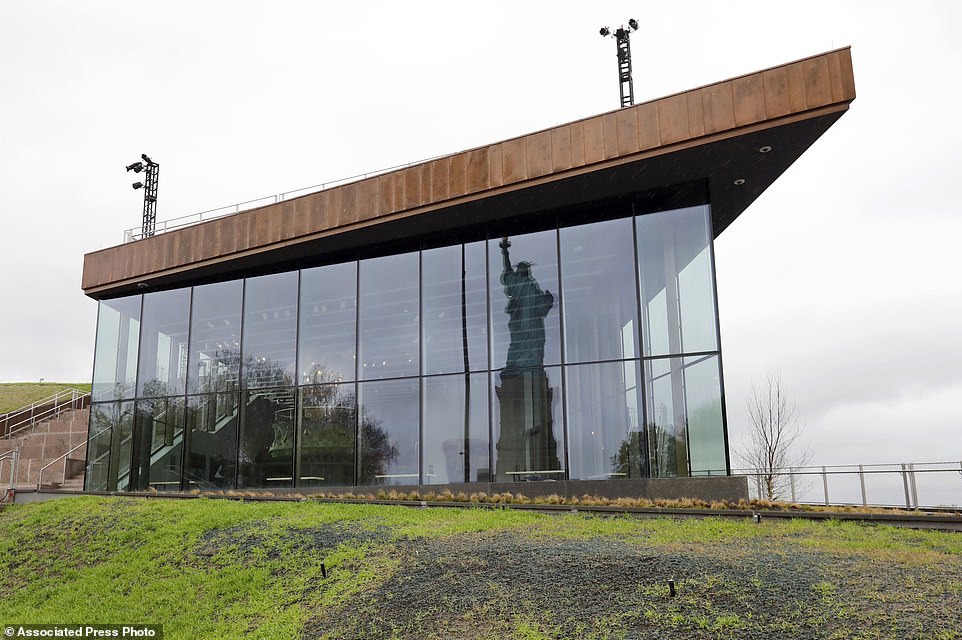 The new museum at the Statue of Liberty is giving visitors another opportunity to explore its history and the impact the iconic structure has had on the world.

The 26,000-square-foot museum on Liberty Island, scheduled to open to the public on Thursday, is the new home for the statue’s original torch and other artifacts which had previously been in a smaller museum space inside the statue’s pedestal, which is accessible only to the fraction of the more than 4 million annual visitors who manage to get limited-availability statue entry tickets.

‘We looked at this small museum and thought, wouldn’t it be wonderful to … move it out to a place where more people could experience it,’ said John Piltzecker, National Park Service superintendent of the Statue of Liberty National Monument and Ellis Island.

The new space, located somewhat away from the entrance to the statue, is open to anyone who comes to Liberty Island, with admission included in the price of the ferry ticket. From the outside, the glass walls and copper-colored roof appear to be rising out of the earth, with a giant staircase rising to a rooftop terrace at the center. 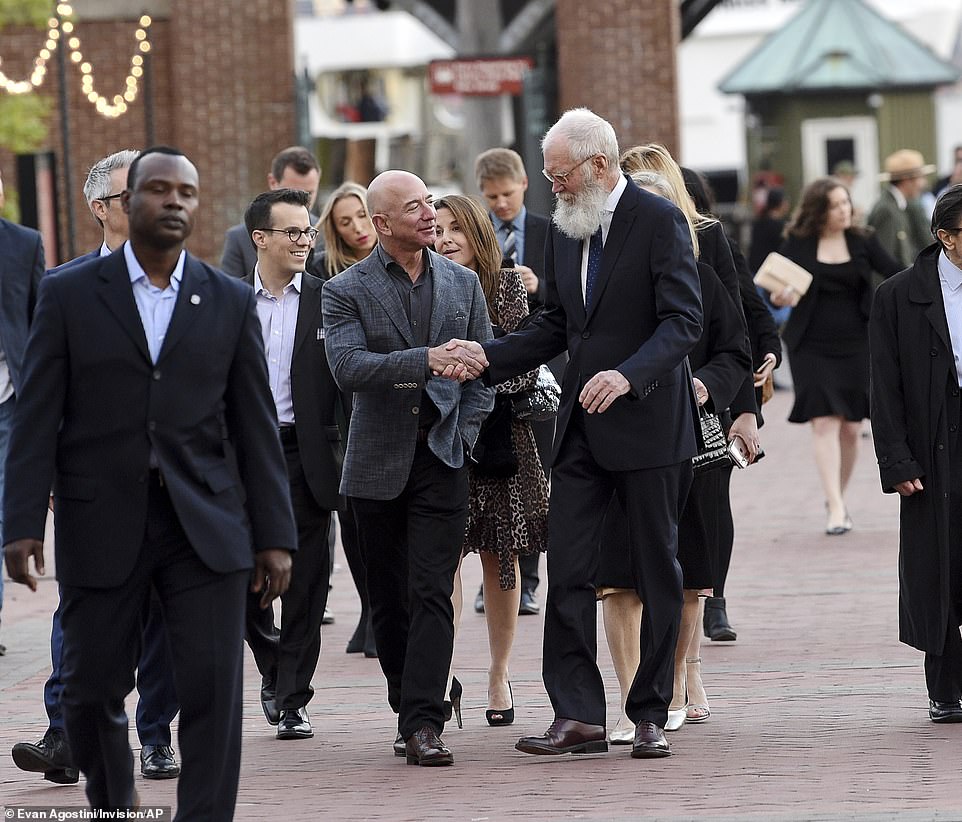 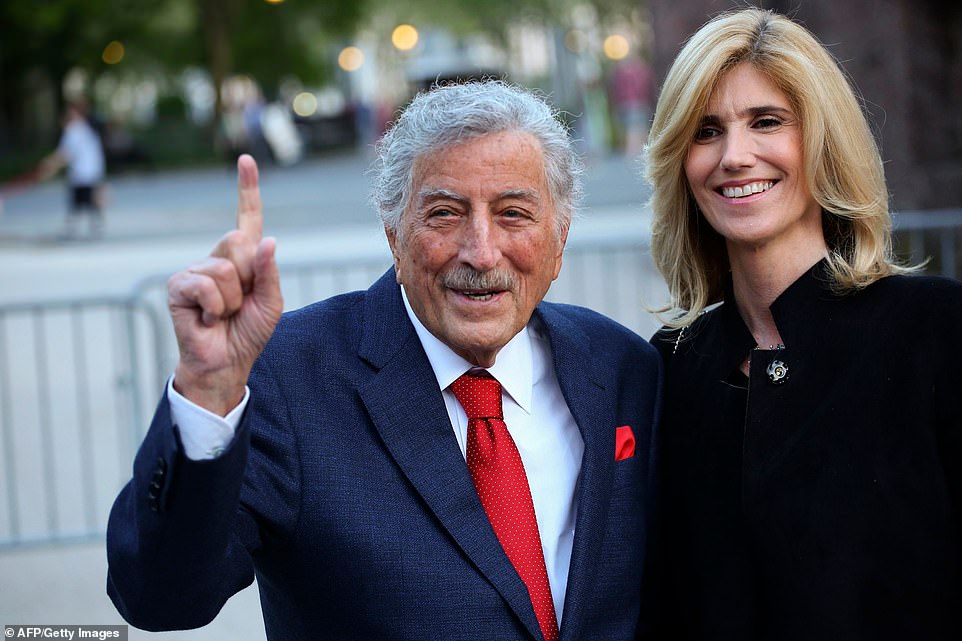 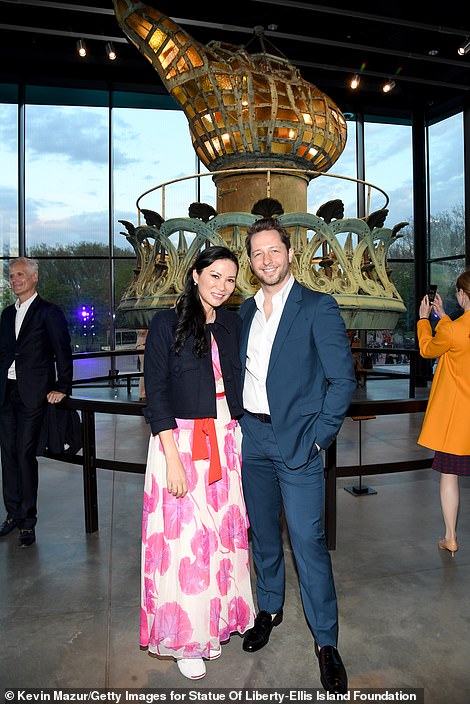 The entire structure is meant to connect to Lady Liberty, using the same granite that’s part of the statue pedestal and including copper as a nod to the material the statue is made of, said Cameron Ringness, the project designer at FXCollaborative, which created the museum’s overall design.

‘It’s really trying to belong to the site and the landscape and not feel like this building that just got placed here out of nowhere,’ Ringness said. ‘We wanted to enhance the feeling that it’s really special to be in proximity to the statue.’

Inside, there are three main gallery spaces, starting with a theater where visitors walk through as they watch a film that goes into how the idea for the statue came about, the efforts that went into its making in France and its arrival in the New York harbor, as well as talking about what liberty meant then and what it means in the current day.

The film uses unusual footage taken by drones, including an interior shot rising up through the inside of the statue.

Another gallery goes into the building of the statue, with exhibits meant to show what it would have been like in Frederic-Auguste Bartholdi’s studio, and the models and molds used to make it, as well as a replica of the statue’s foot. Another section shows how iconic the statue has become, not only in American culture but around the world, with items like a menorah where each candle holder is a small Lady Liberty, as well as comic book covers, decorative plates, and dolls. 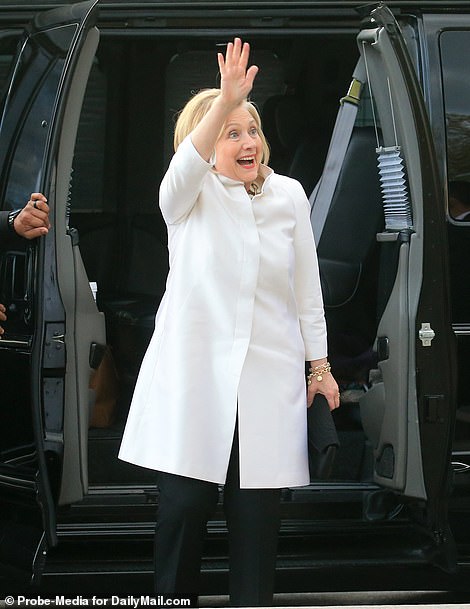 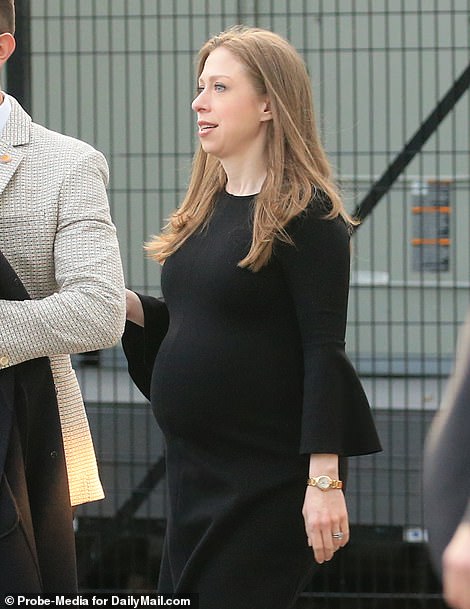 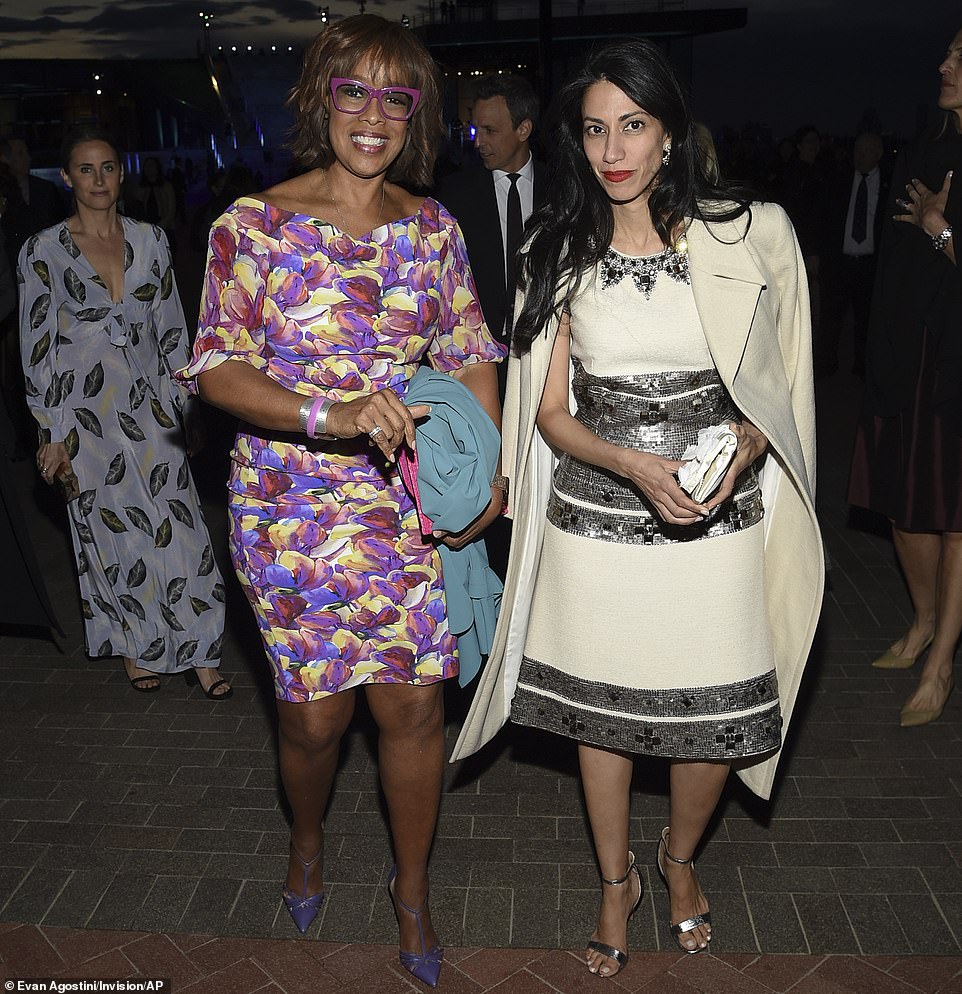 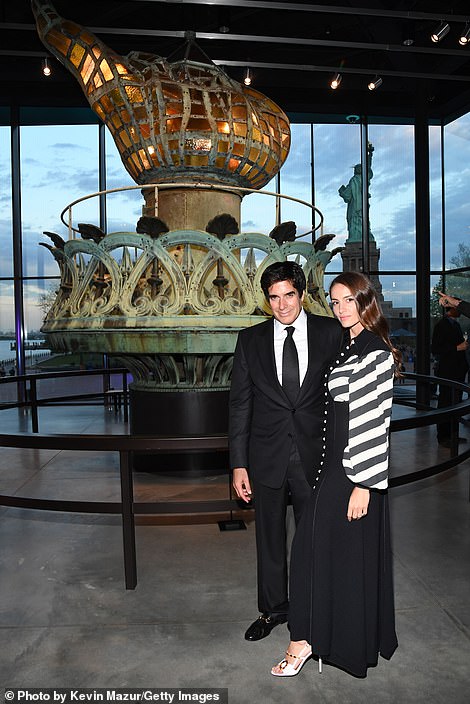 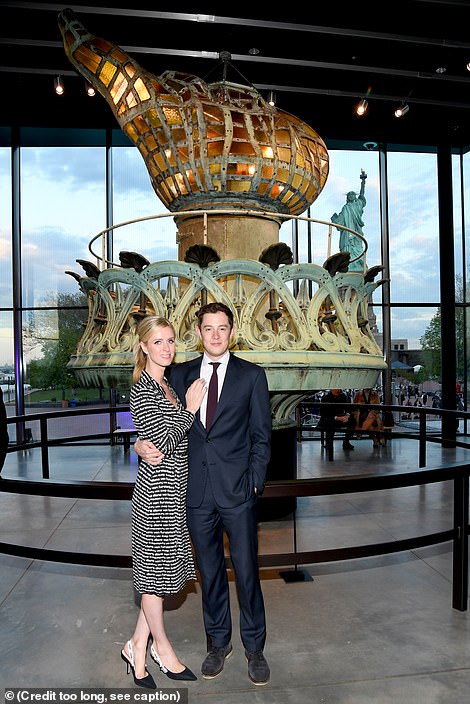 In the final section, visitors are encouraged to take digital self-portraits and add their thoughts on what liberty means to them, as they look at the original torch and a replica of the statue’s face.

Including that last part was vital, said Edwin Schlossberg, president and principal designer at ESI Design, which created the exhibition spaces.

‘This statue was built to congratulate the United States for fighting the Civil War to free the slaves,’ he said. ‘It is based on this idea that liberty was a critical thing that we all had to struggle for, so that idea had to continue as a core value in this experience.’

In conjunction with the museum’s opening, the Statue of Liberty-Ellis Island Foundation, which spearheaded the effort to raise the $100 million in private-sector funds for the project, also developed an app with Apple to bring aspects of the museum to people who cannot visit in person. 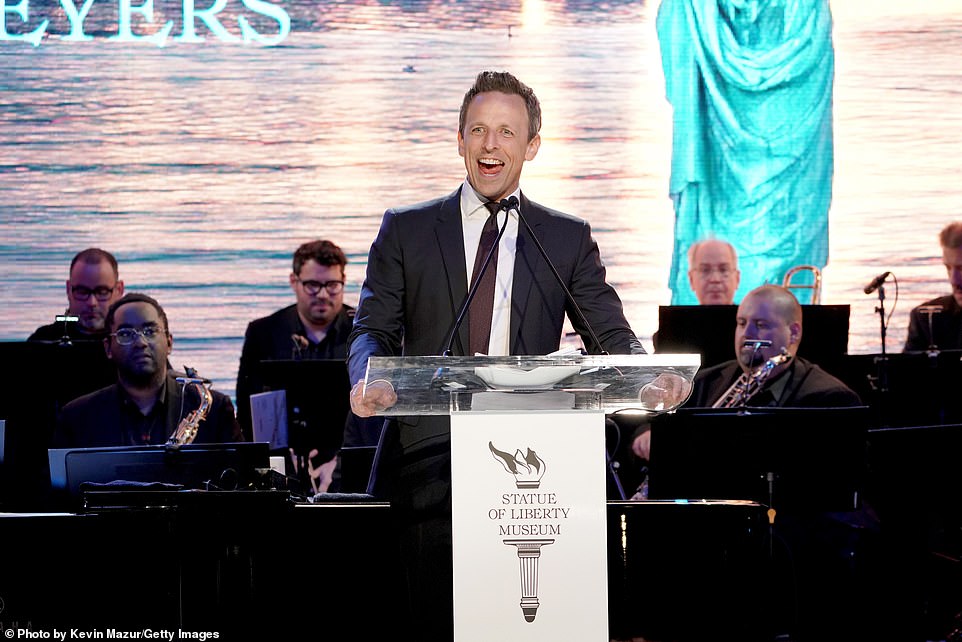 Users will be able to explore the museum’s life-size replica of the statue’s foot, for instance. With augmented-reality technology, which superimposes animation over a real-life setting, users will be able to walk around and see the virtual replica from different perspectives. Other features include a look at the city skyline through the decades from the Statue of Liberty’s eyes, as well as how the statue itself looked before its copper exterior turned green.

The foundation is also launching a three-part podcast exploring the statue’s history and symbolism. The podcast won’t be limited to Apple’s podcast distribution channels. 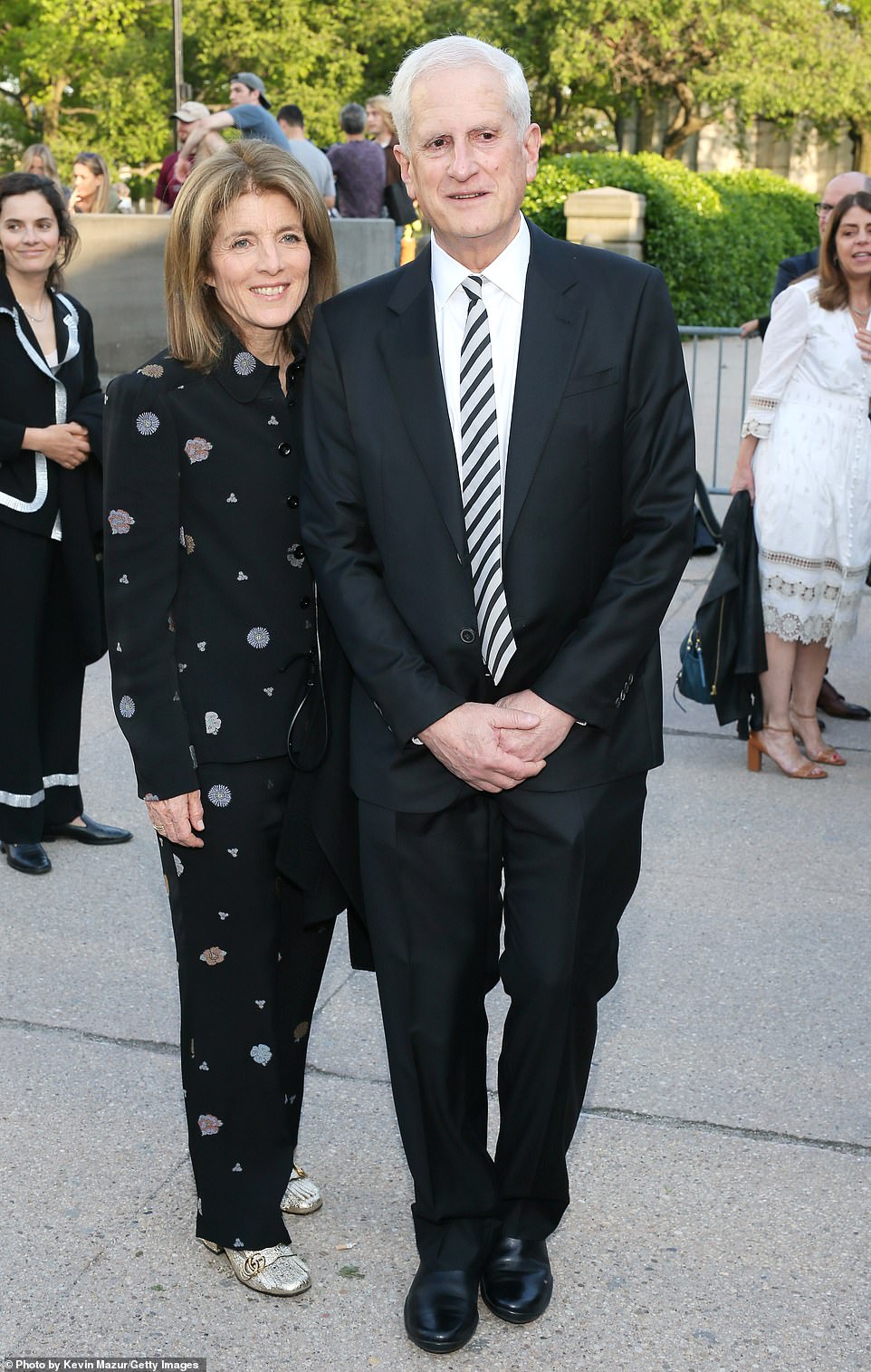 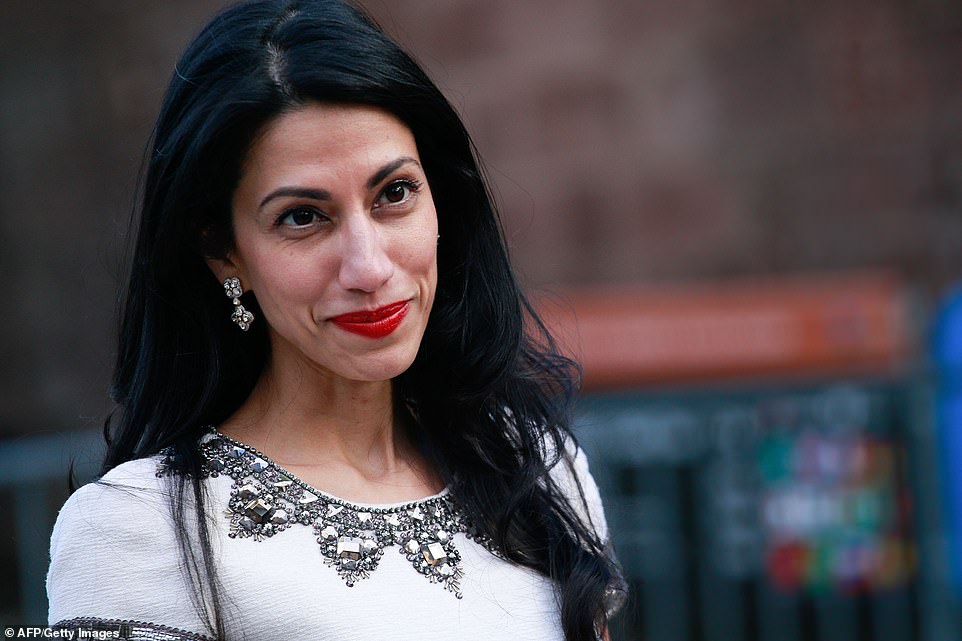 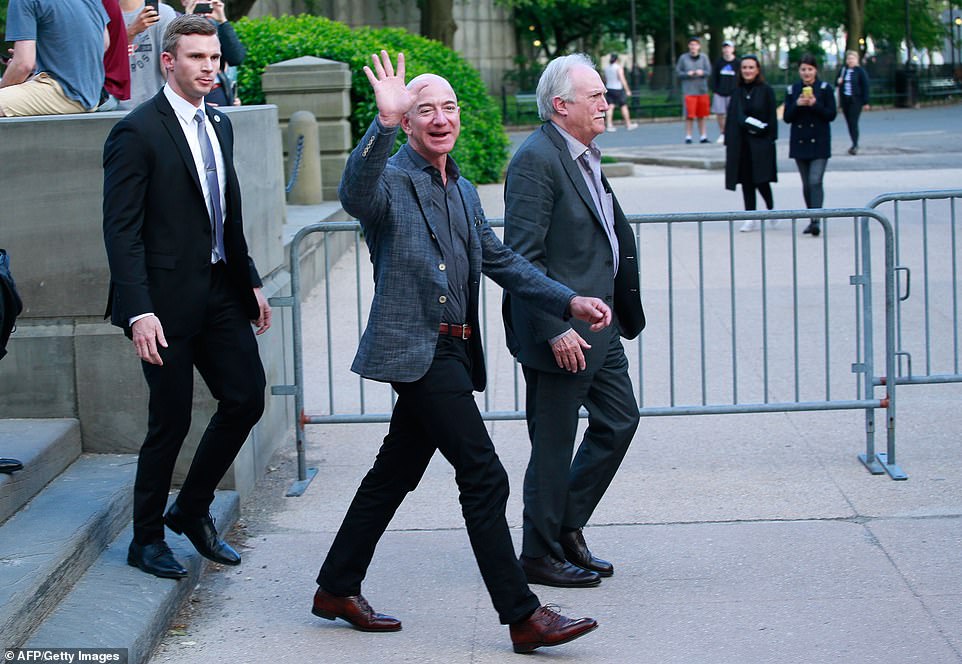 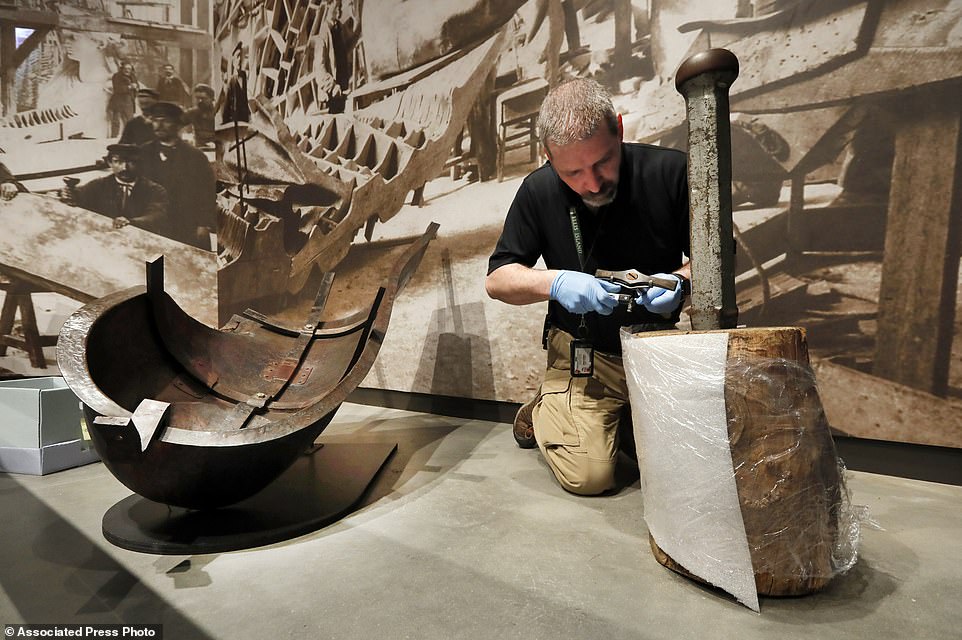 A worker arranges tools in a display of an iron armature in the new Statue of Liberty Museum, on Liberty Island 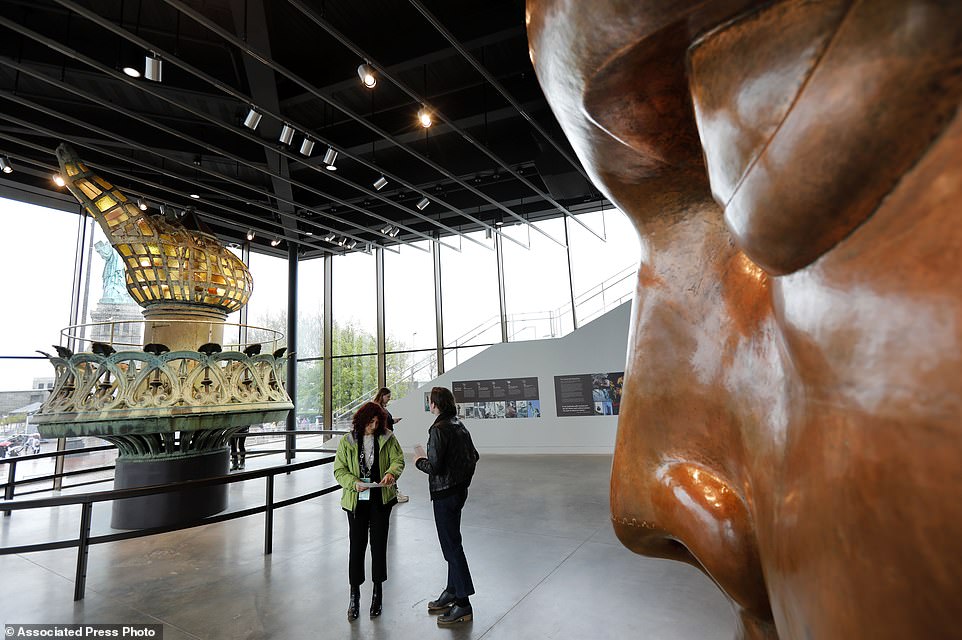 The original torch and flame, and full scale face model, right, are displayed in the new Statue of Liberty Museum 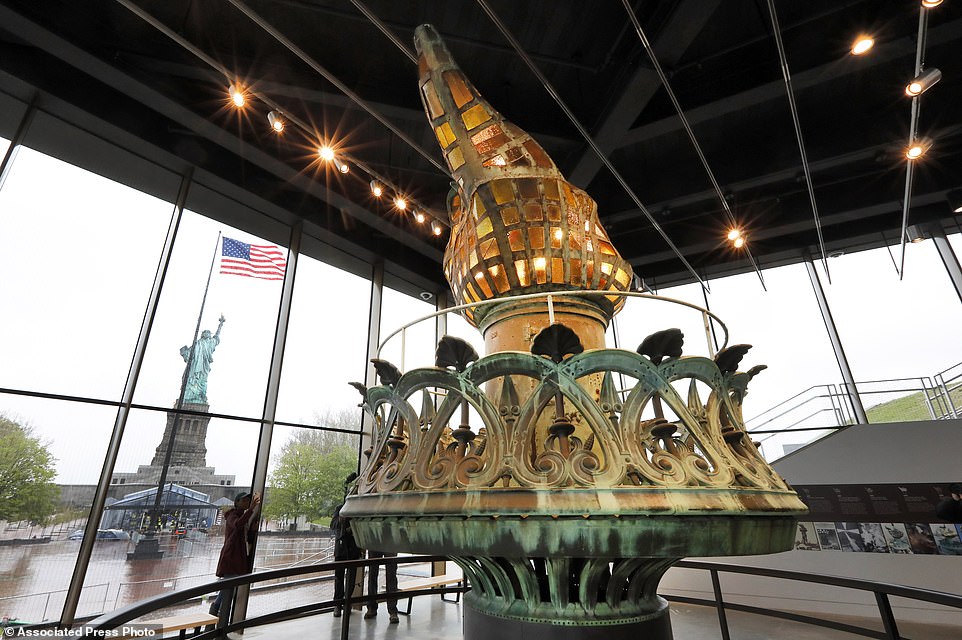 The original torch and flame are displayed in the new Statue of Liberty Museum, on Liberty Island, in New York 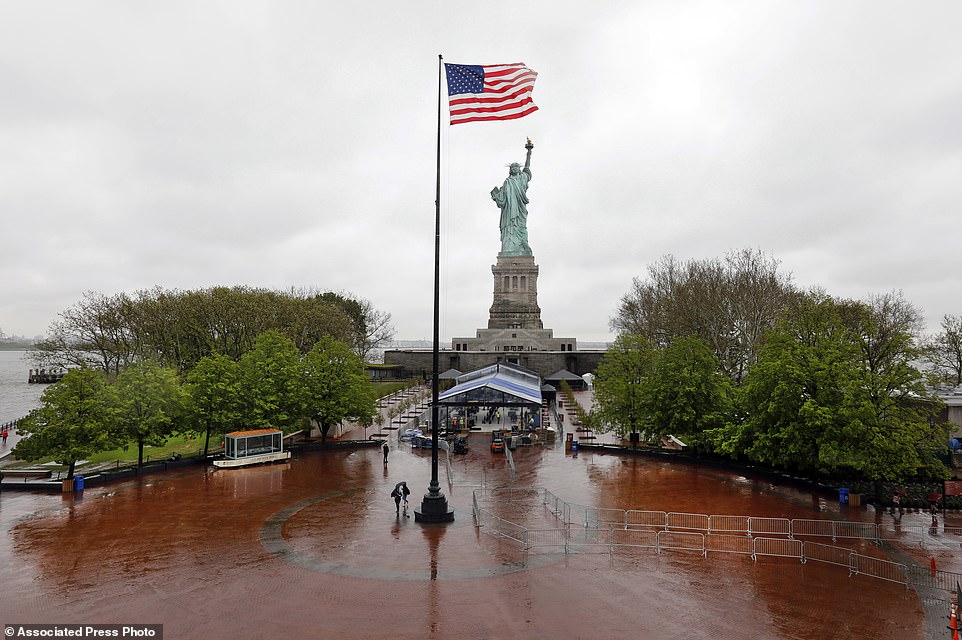 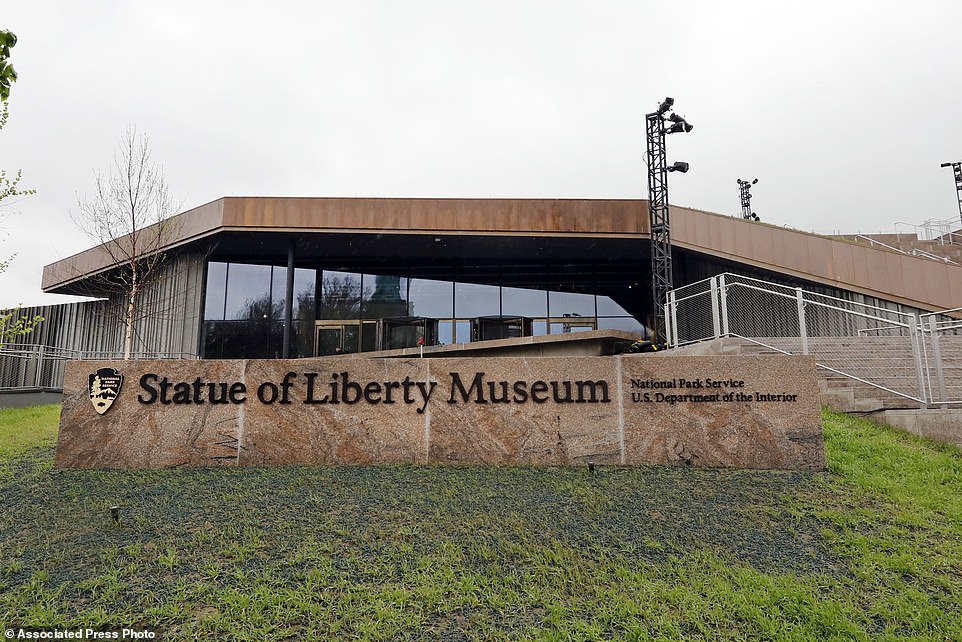 The Statue of Liberty Museum, set to open Thursday May 16, 2019 on Liberty Island, is shown in this photo, in New York 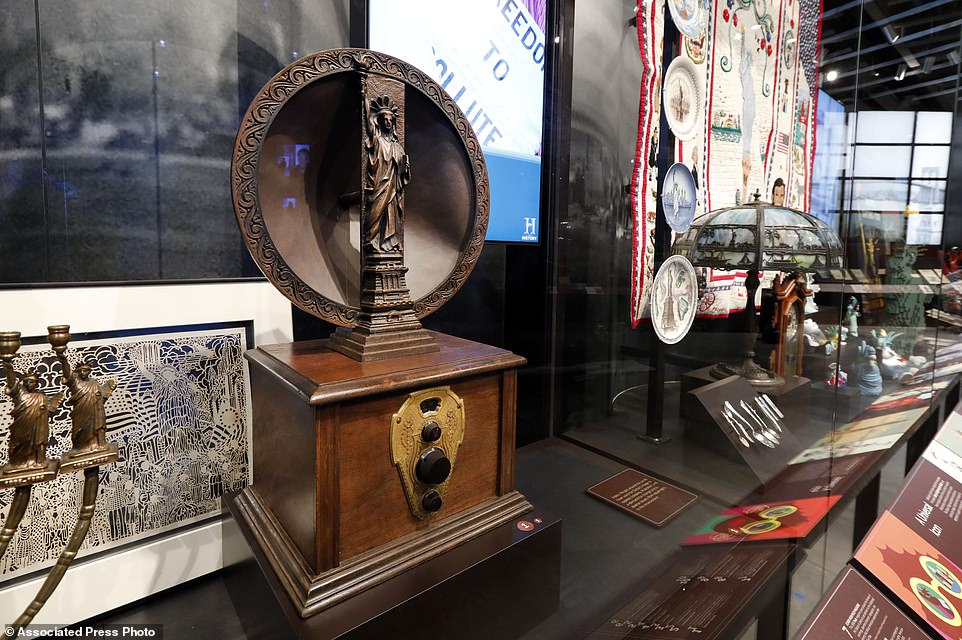 A 1920’s Mohawk one-dial radio and speaker is among the artifacts displayed in the new Statue of Liberty Museum,