Staycation review: Inside South Place Hotel in London and its Michelin-starred Angler restaurant

I’m at the Michelin-starred Angler restaurant at South Place Hotel in London and I’m ready to declare it a triumph at the opening bread-and-butter stage.

‘Stout bread and caramelised yeast and malt butter’ has its own billing on the tasting menu – and no wonder. The butter is so sublimely moreish I could eat a scoop of it out of a cone.

The sophisticated restaurant is an ace up the sleeve of South Place, but it plays a strong hand all-round.

Angler restaurant on the seventh floor of South Place Hotel offers a carousel of culinary masterpieces amid a skyscraper backdrop, viewed in Imax inside thanks to floor-to-ceiling windows. There’s a terrace option, too (pictured) 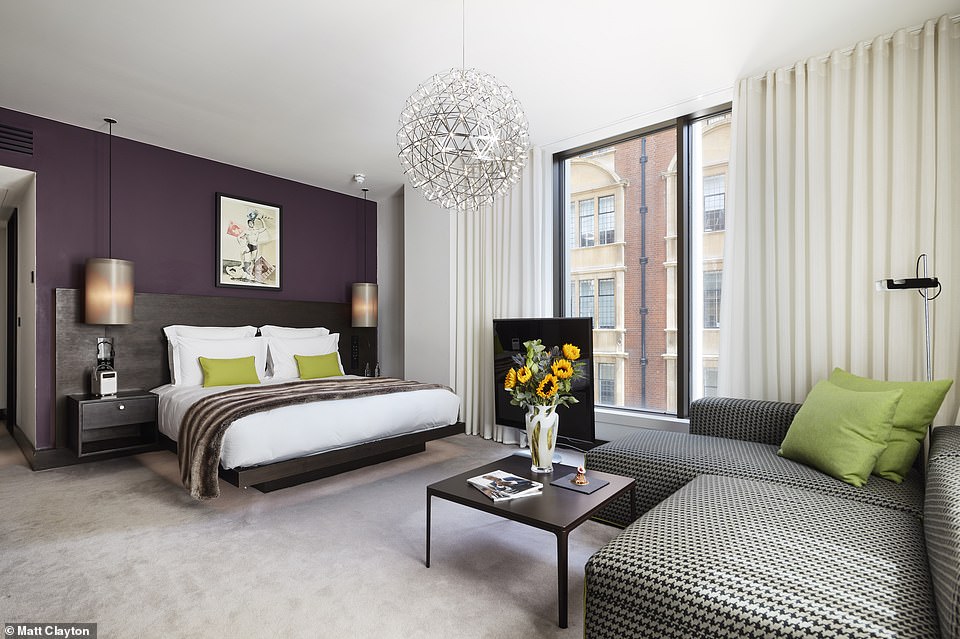 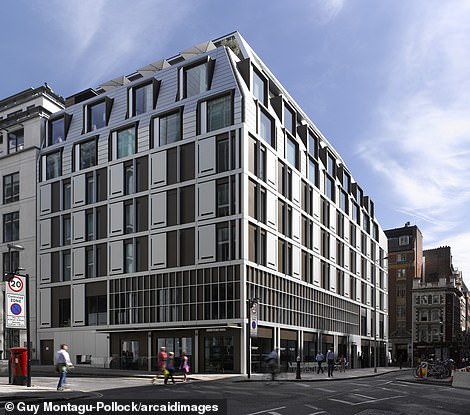 The location is superb – trendy Shoreditch and Moorgate Tube station are a hop, skip and a jump away – and while it looks like an office block from the outside, inside it’s sophisticated, homely, hip, playful and even a little avant-garde thanks to the interior designers – the renowned Conran and Partners.

In our huge corner studio, the tone is more muted, the styling swish. There’s an elegant black-and-grey L-shaped sofa with lime cushions, statement lights hang down either side of the bed – which is vast and soft – and there’s a bathroom plated in marble and slate with an oversized walk-in shower and a similarly epic tub.

There’s tech too – touch-panel mood lighting, a giant Bang & Olufsen TV and black-out blinds that rise from the floor at the touch of a button.

I’m with my partner and our young daughter and the room proves to be a joyfully luxurious playpen for her and the babysitter.

We leave them with room-service pasta and descend to the ground-floor bar for a pre-Angler-tasting-menu livener. 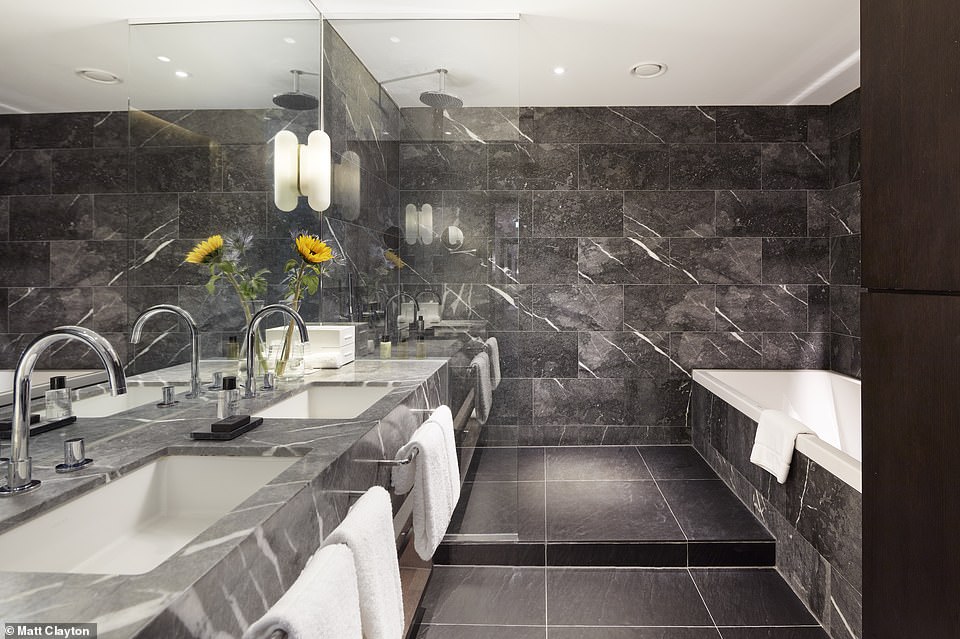 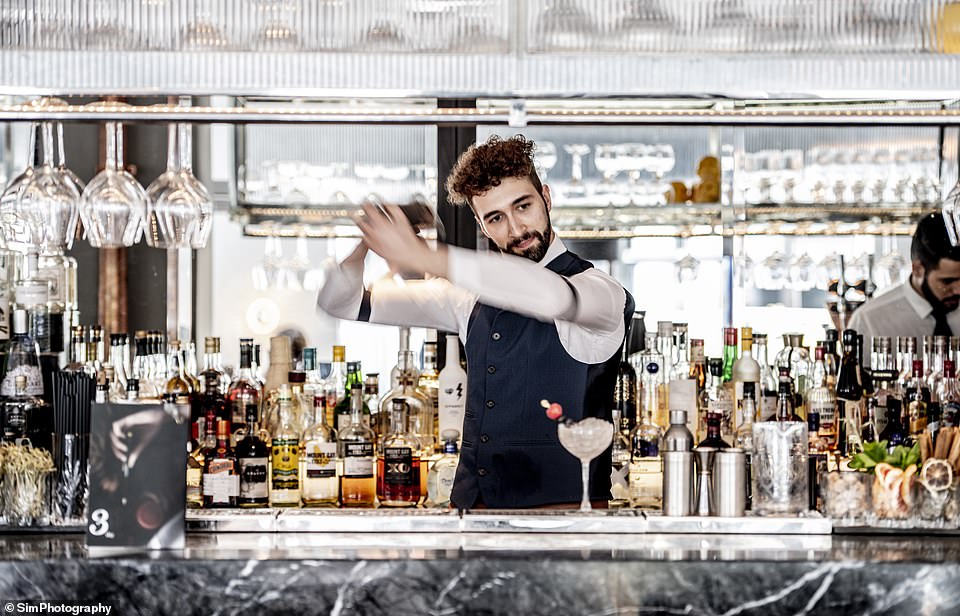 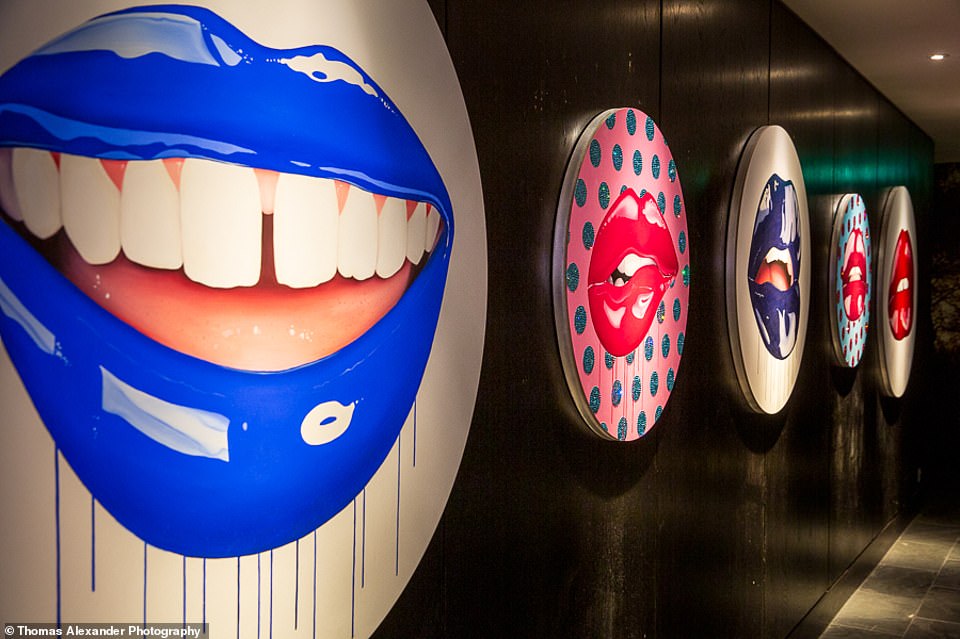 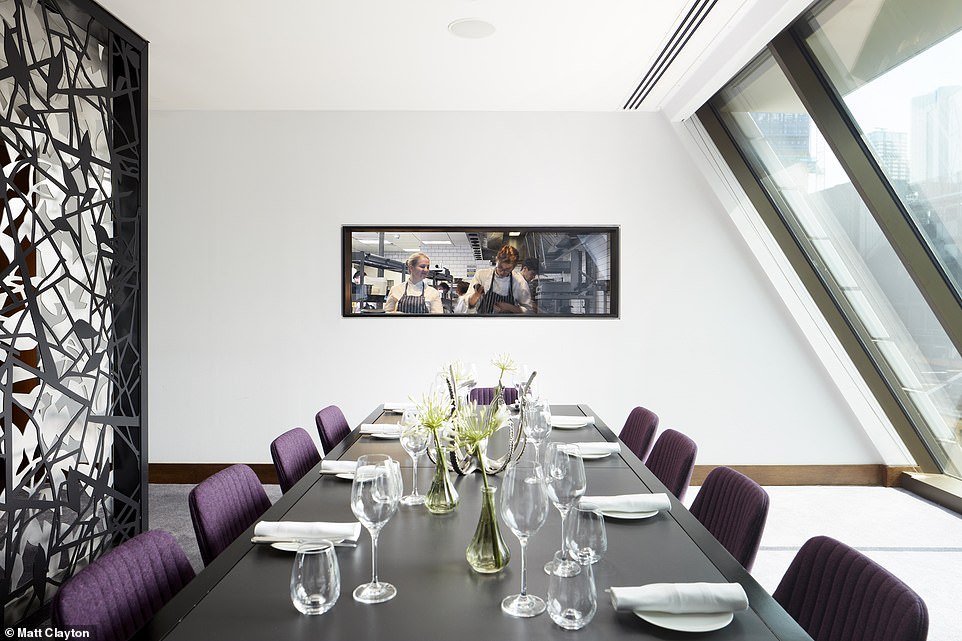 The hotel’s Michelin-starred package costs from £395 and includes a five-course tasting menu at Angler. Pictured is the restaurant’s chef’s table 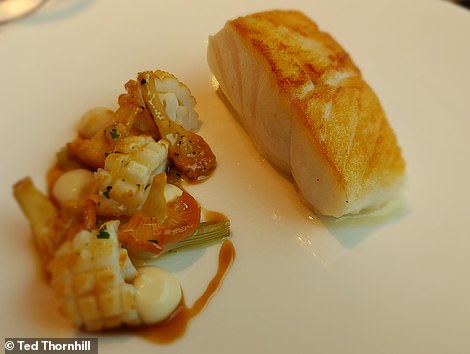 LEFT: One of the snacks Ted is treated to – a deep-fried prawn and squid ink cracker served with taramasalata – made from smoked cod’s roe – Espelette pepper powder and lemon zest. RIGHT: A slice of Newlyn cod with a dainty diorama of Scottish girolles, line-caught squid and Alsace bacon jus gras 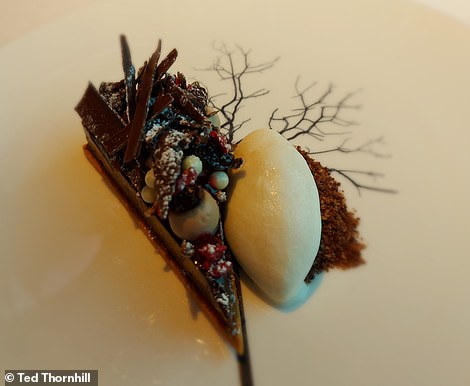 Ted and his family were hosted by South Place Hotel, where rooms cost from £200. The hotel’s Michelin-starred package costs from £395 and includes:

Visit southplacehotel.com/offer/gourmet-weekend-getaway for more on this deal and the hotel’s Instagram site here.

My partner sips an ‘El Diablo’ (chilli-infused Gem and Bolt Mezcal, citrus and egg white) while I have a margarita.

We sit in silence, savouring our expertly crafted potions as we adjust to the sensation of having a moment to ourselves.

Then we ascend to Angler on the seventh floor for a carousel of culinary masterpieces amid a skyscraper backdrop, viewed in Imax thanks to floor-to-ceiling windows.

Following the bread and butter – and an aperitif of Arteis & Co Brut 2008 Champagne – we’re presented with various delectable ‘snacks’.

We’re also served heavenly crispy pork brawns – balls of pork from the head of the pig and deep-fried in breadcrumbs – with a little sphere of barbecued apple ketchup on top.

Then it’s onto diminutive tarts made from savoury pastry topped with caramelised onion ketchup, chive and black garlic emulsion, and finished with Beaufort cheese fondue.

Executive Chef Gary Foulkes then wraps up the snack party with Beaufort gougères, made from rice-flour pastry, filled with a Beaufort cheese and finished with grated Beaufort cheese on top.

A sea bass tartare with a delicious oyster cream sauce comes next, followed by a slice of Newlyn cod with a dainty diorama of Scottish girolles, line-caught squid and Alsace bacon jus gras.

To finish, it’s a crushed peach, lemon thyme and yoghurt pink praline – and a dark chocolate Black Forest gateau with cherry blossom ice cream, artfully arranged on a plate decorated with a painting of a tree to create a miniature woodland scene.

It’s a huge struggle to savour it and not wolf it down in seconds.

The paired wines we have, meanwhile, are strong, with a rounded and fruity English number, a D&D Cru Bacchus Fume 2019 (Bacchus being the grape), the most impressive.

And it’s one of the hotel’s own concoctions – D&D London is the company that owns it.

The service, meanwhile, is faultless throughout – and I enjoy watching the choreography involved, a team of waiters bringing trays of food to the restaurant perimeter from the kitchen and another team placing the dishes on the table.

Compliments to the chefs are proffered as we leave.

I later gather that Gary is aiming for a second Michelin star. 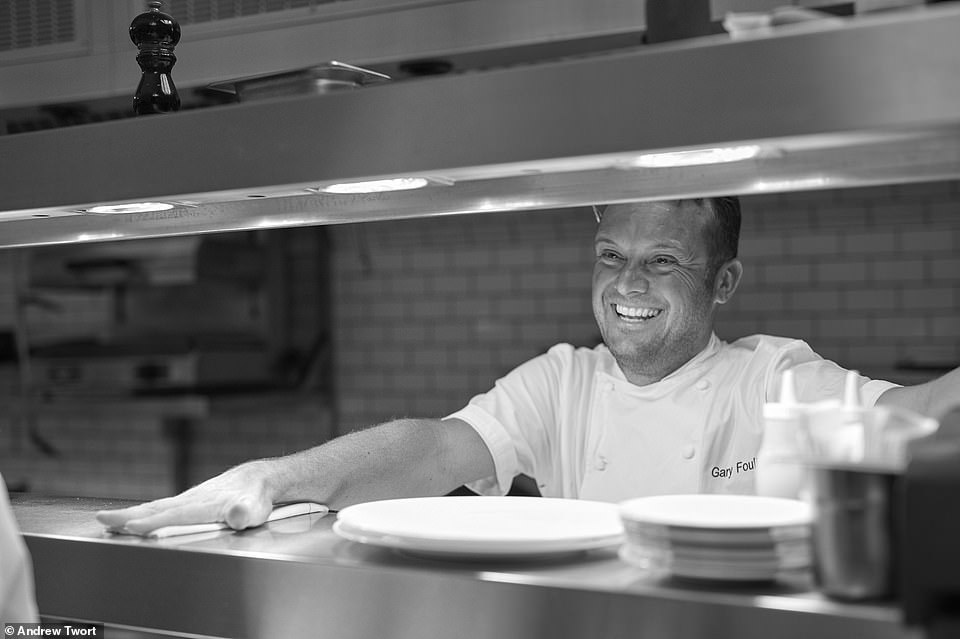 In the morning, breakfast in the ground-floor ‘South Place Chop House’ restaurant is enjoyable but less refined, with loud pop music playing and the head chef here oscillating between raucous laughter and berating various staff members in the background.

It’s all a bit tumultuous I feel for a morning in a posh hotel (especially after our Bacchus indulgences and staying up a trifle late the night before), though the crowd is young and at ease with the beats – and the coffee is good, service prompt and chipper and my full English very satisfying.

We check out agreeing that this hotel disguised as an office block… is the business.