Stephanie Rice reveals the change that transformed her body and mind

Australian Olympic Gold medallist, Stephanie Rice, has revealed how embracing a different diet has transformed both her body and mind.

The athlete, who made headlines after a series of stunning wins at the 2008 Beijing Olympics, retired from her sporting career as a competitive swimmer five years ago.

She revealed that since quitting the sport she has had to reconsider her diet and fitness. Ms Rice told Sportluxe that since she left behind gruelling seven-hour daily training sessions in the pool, she’s also ditched a diet that was once meat heavy and is now enjoying a vegan lifestyle.

What Stephanie Rice eats on a vegan diet:

Breakfast: Half a cup of oats with chia seeds, flax seeds and almond milk

Lunch: Tempeh and salad or an acai bowl

Snacks: A vegan choc cherry slice or a slice of watermelon with a squeeze of lemon

‘My eating philosophy is a holistic one – it’s connected to my exercise plan, mental thought processes and lifestyle. I feel everything you do needs to be in sync.’

Ms Rice said she took up veganism five years ago and maintains that the variety of food she eats on the plant-based diet, not only keeps her from getting bored, it also ensures her body is getting plenty of nutrients.

The former elite athlete has confessed to previous struggles with her weight and body image.

‘I felt like I was doing everything right … so why was my body not responding?,’ Ms Rice wrote on an Instagram post alongside an image of herself taken in 2014.

‘I was continually beating myself up for not being good enough, comparing myself to everyone else and my swimming days of being super fit and believing that I wouldn’t be happy until I lost weight.’ 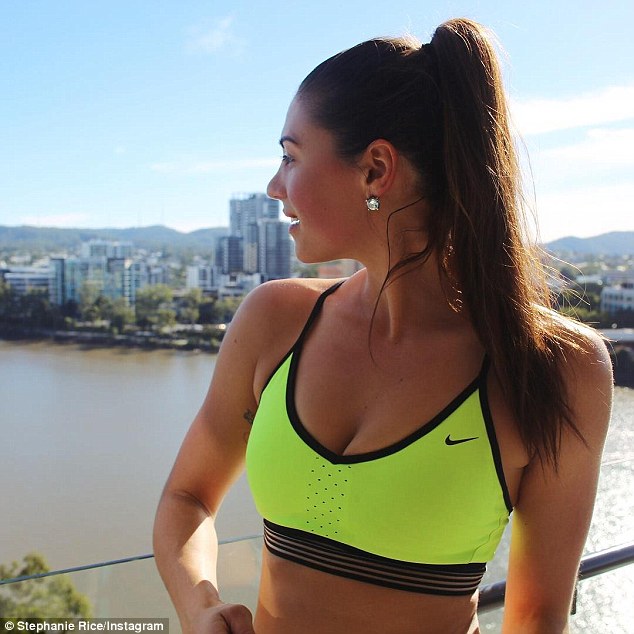 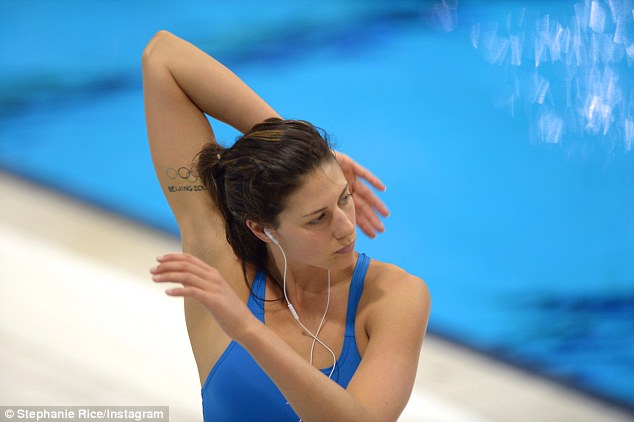 The 29-year-old said she once spent up to seven hours a day training in the pool, but now she spends 20 minutes exercising from the balcony of her home

As well as developing roles as motivational speaker, her lifestyle change has spearheaded her latest business venture: an eCookbook called Vegan Goodness in conjunction with Vegie Delights.

Fitness and exercise are still an important focus for the swimmer, but she said intensive training sessions have been replaced by much simpler workouts.

She admitted she does exercise up to five times a week and will do a body weight workout for 20 minutes first thing in the morning on the balcony of her home.

‘I generally follow a YouTube fitness video like one from Kayla Itsines – I think it’s important to vary your routine so you don’t get bored, so I change it up every day.’ 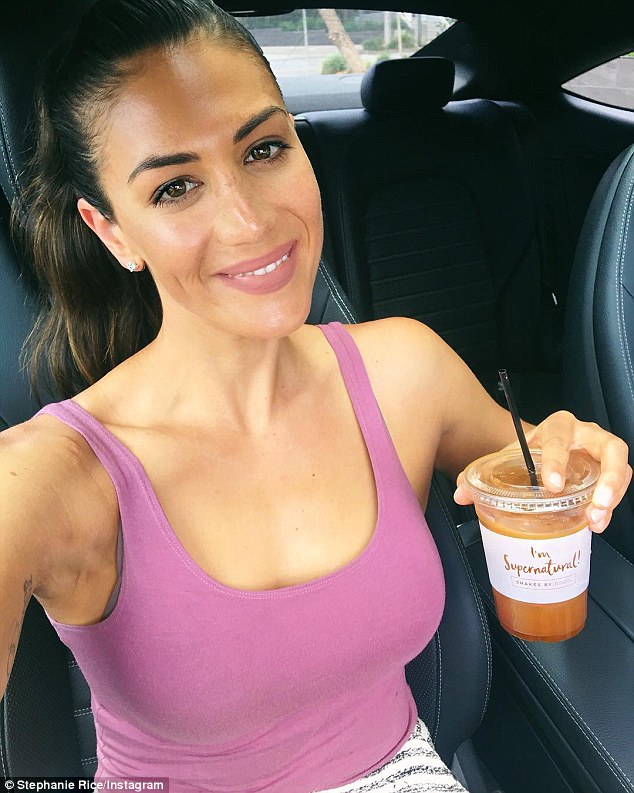 Fitness and exercise are still an important focus, she said, although intensive training sessions have been replaced by much simpler workouts

A revamped approach to diet and exercise have led Ms Rice to embrace a lifestyle that’s more holistic; one she said she complements with mindfulness and meditation.

She revealed she spends three-four minutes daily on a meditation practice which she uses to ‘sign into her brain.’

And to help her stay centred, she said she spends time trying to tap into her spiritual side by reading Angel cards or visualising goals. 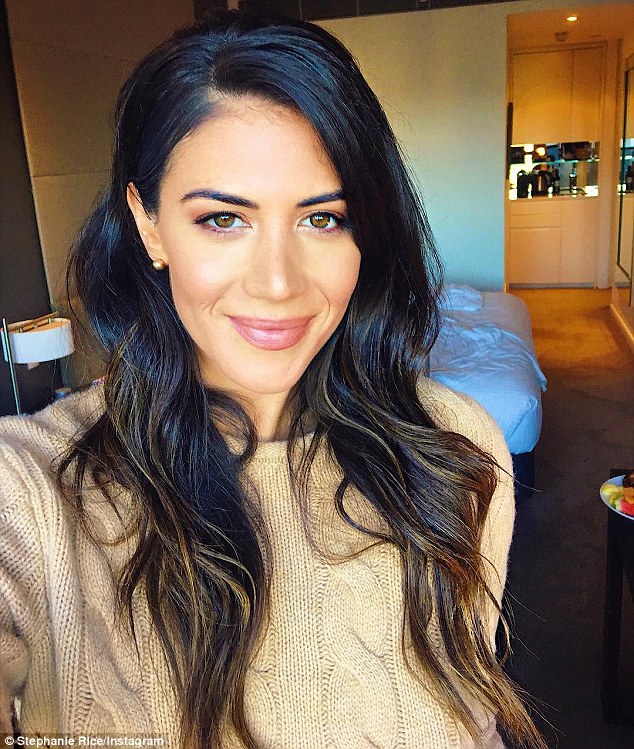 While health and fitness are a priority, the former athlete also makes every effort to tap into her spiritual side by regularly reading Angel cards or visualising goals

The former athlete said she also likes to take time out to recharge at home with her partner, Rory, on a regular basis.

‘There’s always room for improvement in anything you do, but to be honest I’m just really content at the moment with my physical and mental health.’