‘We used to be tight… he’s robbed me of him!’ Steven Gerrard jokes Jamie Carragher has replaced him with ‘new brother’ Gary Neville… as Aston Villa boss says old Liverpool team-mate ‘doesn’t text me, doesn’t phone me!’

By Sam Cooper For Mailonline

As Liverpool and Manchester United legends, Steven Gerrard and Gary Neville were never the best of friends on the pitch during their playing days.

But it seems that rivalry has continued into their post-playing career as they fight for the friendship of one of Gerrard’s former teammates, Jamie Carragher.

Carragher and Gerrard’s friendship stretches back to their academy days at Liverpool and no one has played with Gerrard more than the former defender.

The highest moment of their friendship came in 2005 when they won the Champions League in remarkable circumstances, coming from 3-0 down against Milan to win on penalties.

Since their retirement, Gerrard has gone into management first at Rangers and now Aston Villa while Carragher has gone down the punditry route, becoming a familiar face for any big game. 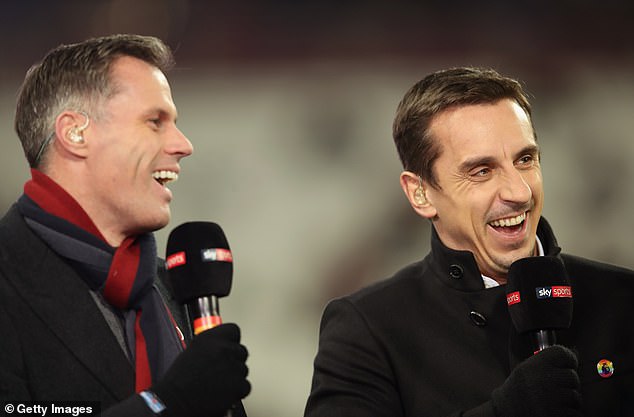 The former defender formed an unlikely friendship with a man he used to call his bitter rival, Neville, and the two are a popular duo on Sky Sports.

Carragher played 19 games against the Manchester United right back and the record was fairly even with Carragher winning eight, Neville successful in nine and two draws.

But since those days, the two have gone on to become the face of Sky Sports’ football coverage, so much so that it appears Carragher’s former teammate is becoming jealous. 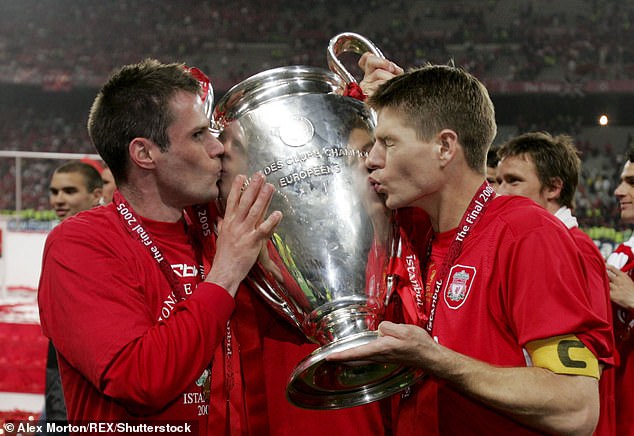 When asked by Sky Sports who his most famous friend was, Gerrard picked out Carragher.

‘Everything that’s going, he’s doing so he’s probably my most famous friend now.’

He then jokingly described Carragher as ‘Gary Neville’s new brother.’

‘People can’t get enough of him,’ Gerrard said.

‘He doesn’t even phone me anymore, doesn’t text me, nothing. I don’t even see him.

‘Neville’s robbed him off me. We used to be tight.