Incredible aerial images show the battered New South Wales coastline with houses teetering on the edge of a cliff face after wild weather eroded the coastline.

The pictures taken at Wamberal, in the state’s Central Coast, showed a patio sliding towards the ocean as rubble and land slid down the cliff on Friday morning.

In other photographs balconies were seen hanging from homes and structural supports were left completely exposed because of the heavy rainfall this week.

Aerial footage has shown the aftermath of a storm that battered the NSW coast for four days. Pictures are homes teetering on the edge of a cliff at Wamberal, at the state’s Central Coast 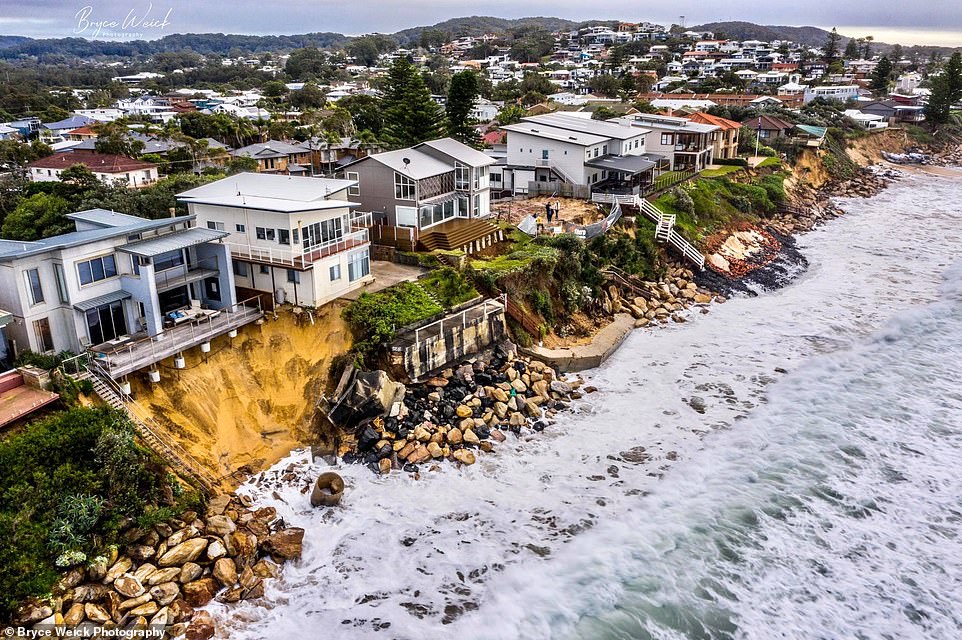 Balconies were seen hanging from homes, wave breakers were cracked open and structural supports for the houses were left completely exposed and teetering on the edge

Wave breakers were cracked open and large cracks were seen in what remained of the ground and threatened to take even more land away.

Local photographer Bryce Weick told Daily Mail Australia the homes had been hammered with bad weather in recent days and he couldn’t believe the damage.

‘Some of these places are just teetering on the edge,’ he said.

‘I think there is a higher tide coming in later on today so I think these people could be in for a little bit of trouble.’

He said emergency services were in the area yesterday assisting locals and preparing for the next wave of storms. 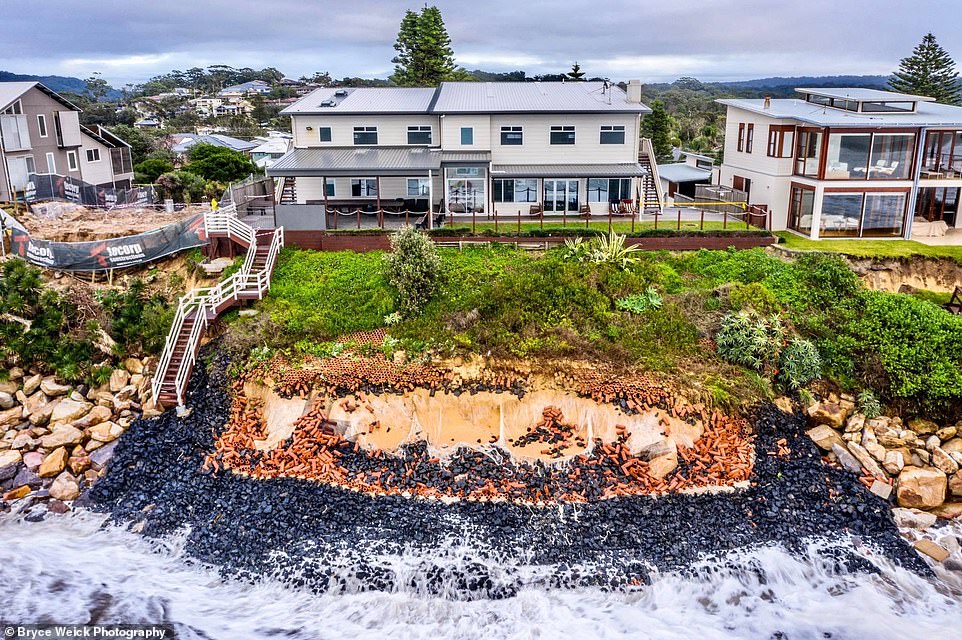 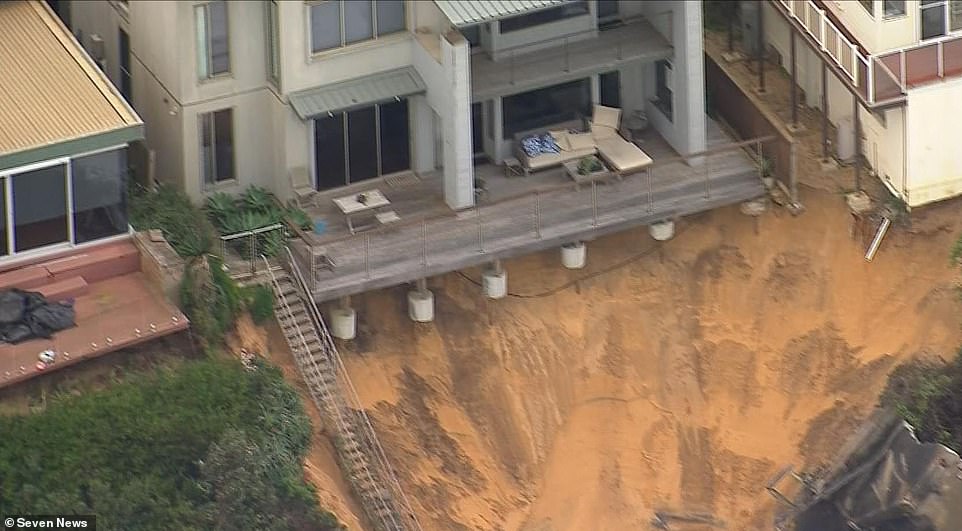 The recent damage was caused by a storm that has since moved off the coast but will still leave strong winds, big waves and heavy rainfall in its wake

Bimal Kc from the Bureau of Meteorology said the NSW coastline has been battered by huge waves and heavy rainfall in the last few days.

‘On Wednesday morning we were seeing waves as high as 11.5 metres off the coast of Sydney,’ he said.

High levels of rainfall on the southern areas of NSW were seen in Bega with 144mm over Monday and Tuesday and similar levels heading north towards Sydney.

The storms where sparked by a large low pressure system which has since moved off the coast towards the east but is leaving wild weather in its wake.

‘It has moved far away now and but it still producing the powerful swell and soft conditions.’

Mr Kc warned conditions were still quite dangerous and warned against activities such as rock fishing and boating for the next few days.