Attorney Michael Avenatti made the remarks during Sunday night’s highly anticipated episode of 60 Minutes, in which he blasted Trump lawyer Michael Cohen.

Cohen made the $130,000 payment to Daniels in October 2016 that she claims in a lawsuit was hush money to keep her quiet about a 2006 affair with Trump. Cohen has claimed he paid the money personally and Trump has denied the affair.

CBS’s Anderson Cooper asked Avenatti if the whole story was tabloid fare and ‘much ado about nothing’.

Attorney Michael Avenatti (above) made the remarks during Sunday night’s highly anticipated episode of 60 Minutes, in which he blasted Trump lawyer Michael Cohen 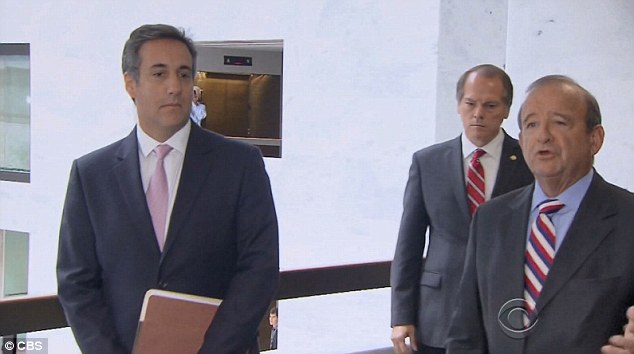 Cohen (left) made the $130,000 payment to Daniels in October 2016 that she claims in a lawsuit was hush money to keep her quiet about a 2006 affair with Trump

‘This is about the cover-up,’ Avenatti responded. ‘This is about the extent that Mr. Cohen and the president have gone to intimidate this woman, to silence her, to threaten her, and to put her under their thumb.

‘It is thuggish behavior from people in power. And it has no place in American democracy.’

Avenatti pointed out that the president’s lawyers claim Daniels is already liable for damages ‘in excess of $20 million’ for unspecified violations of her non-disclosure agreement.

Cohen has also said that when he wins damages from Stormy Daniels, ‘I might even take an extended vacation on her dime.’

Cooper asked Avenatti if the president’s suit was an attempt at intimidation.

‘There’s no question,’ replied Avenatti. ‘You threaten someone with a $20 million lawsuit, it’s a thuggish tactic. It’s no different than what happened in the parking lot in Las Vegas.’ 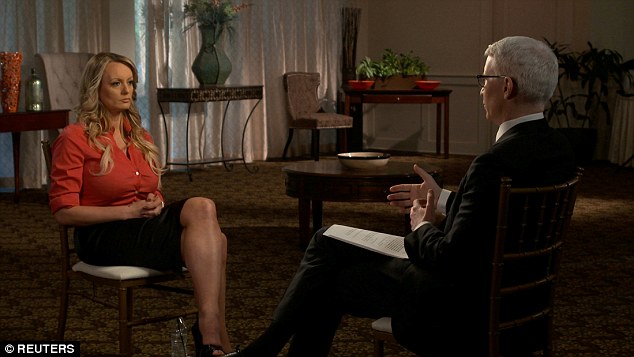 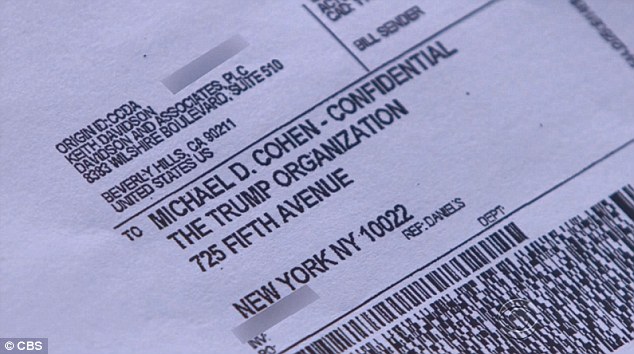 Avenatti was referring to a story revealed during the episode by Daniels, whose real name is Stephanie Cliffords, about a man who approached her in a parking lot making veiled threats in 2011.

‘And a guy walked up on me and said to me, ‘Leave Trump alone. Forget the story,” said Daniels. ‘And then he leaned around and looked at my daughter and said, ‘That´s a beautiful little girl. It’d be a shame if something happened to her mom.’ And then he was gone.’

Asked whether a lawsuit truly counted as a threat, Avenatti responded: ‘People don’t threaten people with $20 million lawsuits, that they’re gonna take their home and take an extended vacation on the money they receive.

‘People don’t conduct themselves like this. They don’t. And they shouldn’t.’