‘For certain I’m somewhere on the spectrum’: Strictly star Adam Peaty believes he is autistic and attributes the condition to his sporting success… after shock elimination from BBC show

Strictly Come Dancing star Adam Peaty admits he could be on the Autistic spectrum, but is yet to be clinically diagnosed with the condition.

The Olympic swimmer, who left Strictly with dance partner Katya Jones on Sunday evening, believes his incredible sporting achievements can potentially be attributed to the neurodevelopmental disorder.

Sharing his belief in new book The Gladiator Mindset, two-time Olympic gold winning Adam, 26, says he started considering the possibility of being on the spectrum after chatting to an autistic friend.

Belief: Olympic swimmer Adam Peaty admits he could be on the Autistic spectrum and attributes the condition to his sporting success, but is yet to be clinically diagnosed

He wrote: ‘One of my friends has got autism and we’re like, “Oh we’re very similar”, and I’m very single-minded on a task as well.’

One in 100 people are believed to be on the autism spectrum, with more than 700,000 autistic adults and children living in the United Kingdom.

Common traits include repetitive and restrictive behaviour, anxiety, difficulty with social interaction and hyper-focused interests and hobbies – usually developed from an early age. 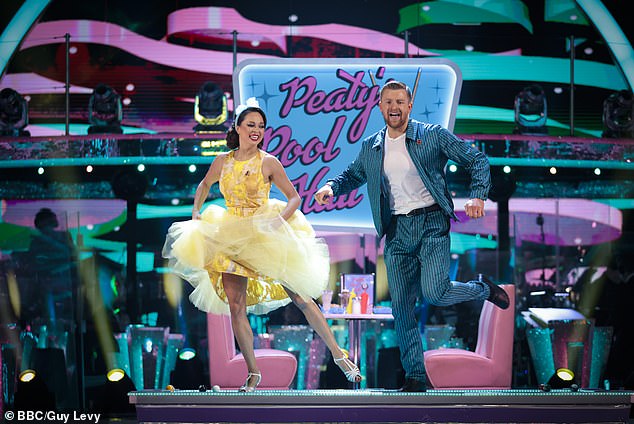 Not responding to their name

Not smiling when you smile at them

Getting very upset if they do not like a certain taste, smell or sound

Repetitive movements, such as flapping their hands, flicking their fingers or rocking their body

Not talking as much as other children

*Courtesy of the NHS

Lack of understanding towards what others are thinking or feeling

Finding it hard to say how they feel

Liking a strict daily routine and getting upset if it changes

Having a keen interest in certain subjects or activities

Getting upset when asked to do something

Finding it hard to make friends or preferring solitude

*Courtesy of the NHS

He added: ‘I haven’t been diagnosed but for certain I’m somewhere on the spectrum, as my mind is better able to focus when I’m moving or exercising.

‘Adversity is the fire in which the blade of ambition is forged, so rather than leave home I decided to stay and keep myself to myself.

‘As a kid I was well aware of social class, but also that families were not equal or linear within the class. I wanted my mum to drive a nice car, my parents to earn more money, I wanted to say that we had been somewhere exotic for our summer holidays rather than Wales.’

Adam’s drive led to him triumphing at the Commonwealth Games in 2014, before finally winning gold at the 2016 and COVID-19 delayed 2020 Olympics. He is the first British swimmer to retain an Olympic title. 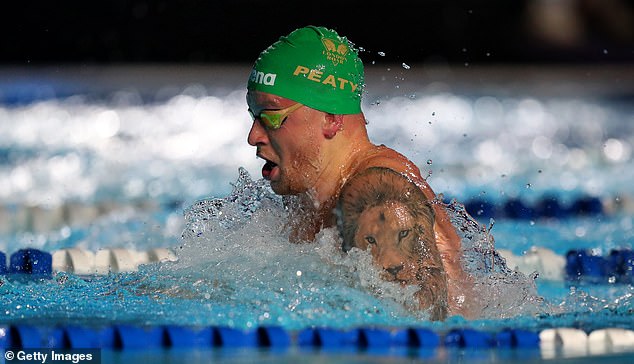 Triumph: Adam won gold at the 2016 and COVID-19 delayed 2020 Olympics. He is the first British swimmer to retain an Olympic title

On Saturday evening Adam and Katya Jones  landed at the bottom of the Strictly Come Dancing leaderboard with 27 points after performing an underwhelming jive.

They were later eliminated on Sunday’s pre-recorded show following a dance-off with Tilly Ramsay and Nikita Kuzmin.

A source told The Sun: ‘Both Katya and Adam were in tears after a week in which they’d thrown their all into getting the routine right. 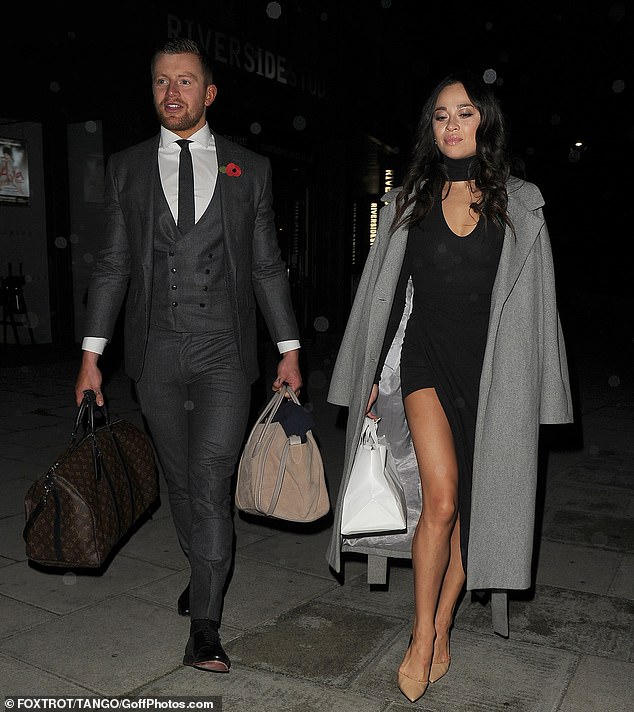 ‘And though it hadn’t gone perfectly, both of them were shocked at being at the bottom of the scoreboard and finding themselves in the dance-off after the public vote. So getting shown the door on Sunday was utterly devastating.’

On Monday’s It Takes Two, Adam revealed his departure came at the right time as he was battling pain from injuries.

He said: ‘I can say this now, normally I’d keep this under wraps but my ankles were going, my calf was going.

‘I was trying to do as many runs as I can but the jive is one of those dances that requires 150%.

‘On the Thursday I was like ”Katya, I can’t do any more.” I am an Olympic athlete and I can push through things that most people can’t push through but my Achilles is going to go if I keep going.’