Trying to score a promotion used to mean slogging it out long after everyone went home and saying ‘yes’ to whatever was thrown your way.

And while that’s the more traditional route, climbing the corporate ladder these days isn’t as straightforward.

A new study by LinkedIn has revealed there is a simple and effective way to get ahead: to work your way across different departments first.

Trying to score a promotion used to mean hours overtime, extra responsibility and saying yes to whatever was thrown your way (stock image)

The study, called How To Become An Executive, delved into data from 459,000 global LinkedIn members who worked at a major consulting firm over a 20-year period and who had landed an executive role.

While their success was dependent on a number of factors, researchers found those who worked across more than one departments at a particular job had more of an edge over those who focused on developing their skills in just one role.

‘Each additional job function provides a boost that’s, on average, equal to three years of work experience,’ the study reads.

‘But switching industries – perhaps because of the learning curve or relationships lost – has a slight negative impact to moving up the corporate ladder.’

The study also revealed those who had worked in four different functions at a company earned benefits on par with an MBA from a top-five graduate program.

While side-stepping your way to a promotion is one way to move up the ladder, other research has shown how you look can also play a part. 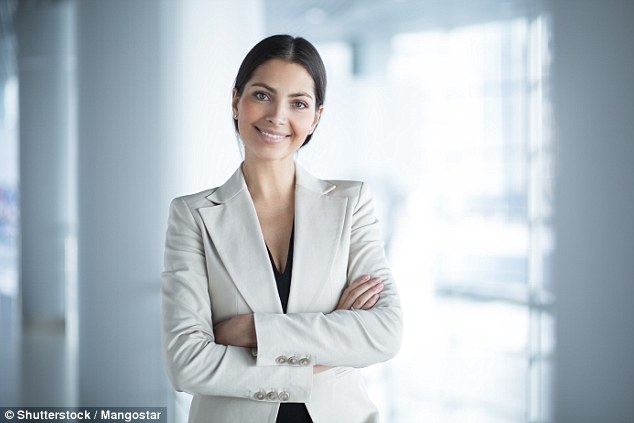 Psychologist and author of You Are What You Wear, Jennifer Baumgartner, told Glamour if you want a promotion, it pays to dress as if you already have it.

‘What would a person with one wear? For one thing, perfect fit: no too-baggy pants or too-tight waists. We know from studies that well-fitted clothing makes others perceive us as more successful,’ she said.

Other studies show your appearance can strongly influence others perceptions and can affect how you are rated in terms financial success, authority, trustworthiness, intelligence, and suitability for hire or promotion.

Wearing makeup can also shape how a woman is viewed in the workplace, with a Harvard University study finding a link between a woman’s use of cosmetics and whether she was viewed as competent and trustworthy, Body + Soul reports.

Study participants judged three groups of women made up in different looks (natural, professional and glamorous).

The findings showed those with varying intensities of luminescence contrast (or how much eyes and lips stand out compared with skin) were seen as more competent than those who didn’t wear makeup – regardless of whether this was a quick glance or a longer look.