Sunderland invited Jobe Bellingham and his family to the Stadium of Light last month as they explore an ambitious move to sign the Birmingham City teenager, Sportsmail can reveal.

However, the Black Cats will almost certainly need to win promotion to the Championship for any deal for the 16-year-old to become a possibility.

Alex Neil’s side travel to Sheffield Wednesday in their play-off semi-final this evening with a 1-0 advantage from Friday’s first leg. 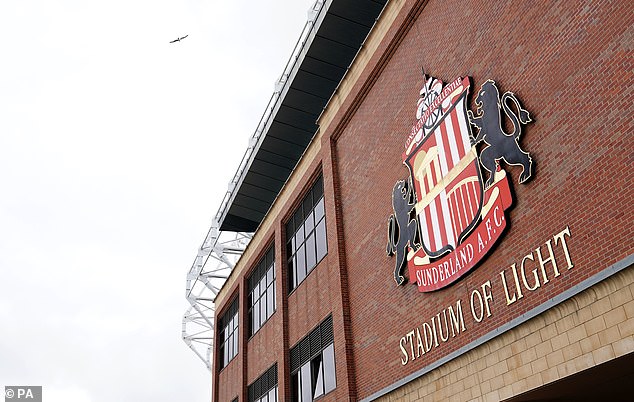 Bellingham – younger brother of England star, Jude – was in attendance for a recent Sunderland home match and has spent time with sporting director Kristjaan Speakman, formerly academy manager at Birmingham.

He has a close relationship with the brothers’ parents, Mark and Denise, and played a big part in the development of Jude and his subsequent £25million move from Birmingham to Borussia Dortmund in 2020.

Speakman and Sunderland would hope that connection may help in landing what would be a coup by signing the England Under-17 midfielder, who has made two senior appearances for City. 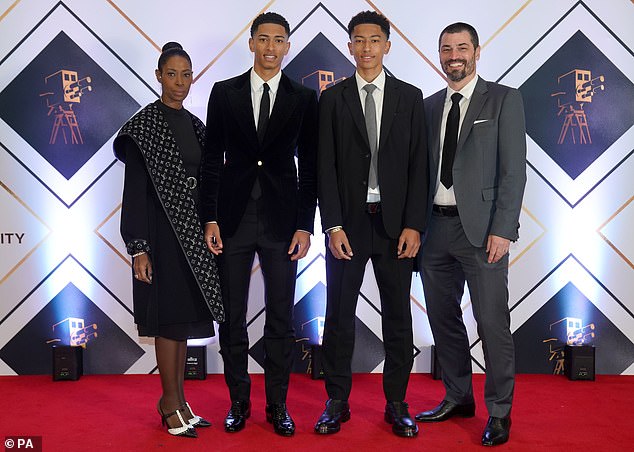 Jobe, pictured centre right alongside older brother and England star, Jude, was invited to the North East along with his mother Denise (left) and father Mark (right)

There have been reports of Dortmund considering a move for the younger sibling in an effort to keep Jude, 18, at the Bundesliga club.

At 16 years and 107 days, Jobe became City’s second-youngest debutant in January, the record being held by his brother.