David Koch has launched a scathing attack on Mick Malthouse after the AFL legend called for the league to stop playing games in China – arguing the ex-coach would welcome back the racist ‘White Australia’ policy.

The Sunrise host and Port Adelaide chairman slammed Malthouse’s calls for the AFL to abandon the scheduled game between Koch’s club and St Kilda in Shanghai next year due to China’s handling of the coronavirus pandemic.

‘(China) are our biggest trading partner, our biggest customer… and using football to build a bridge with China through community and trade has become really important,’ Koch said.

‘So Mick Malthouse doesn’t know what he is talking about and with comments like that – if it was up to Mick Malthouse he’d bring back the White Australia policy of the 1950s. 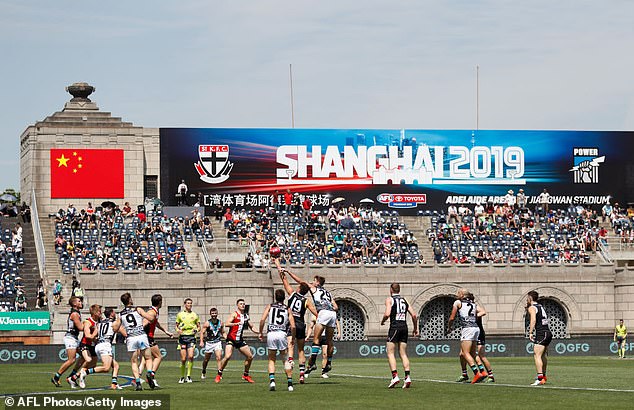 ‘In this regard he is a bit of a dinosaur, because it is important to keep that bridge (between Australia and China) being built on a business and community level and we play an important role in that and will in the future.

‘If Mick Malthouse made a comment about footy maybe I’d give it a passing glance of attention. But when it comes to China absolutely zero relevance whatsoever.’

The White Australia Policy was an act set in place by the government to restrict non-white people from immigrating to Australia.

Malthouse hit back at Koch, saying the TV host’s comments were ‘very offline’.

‘Money speaks, and we know it does, and that’s what I’m saying about the AFL at the moment,’ Malthouse told the ABC.

‘We’ve got to get our game in order. I don’t think taking the game out of Australia, particularly to a communist place that gives us absolutely no respect… Kochie can say whatever he likes. But they are there for one reason only, and to deny it is ridiculous.’

Malthouse had earlier told News Corp he would be ‘very, very reluctant’ for the league to back to China.

‘The last thing we need to do is sell our soul, and I think most people are seeing that. I’m not anti-Chinese. Am I anti-Chinese government? Yes I am,’ he said.

‘But I don’t think we should be seen to be selling our soul to a regimen that clearly has different values than we do.’ 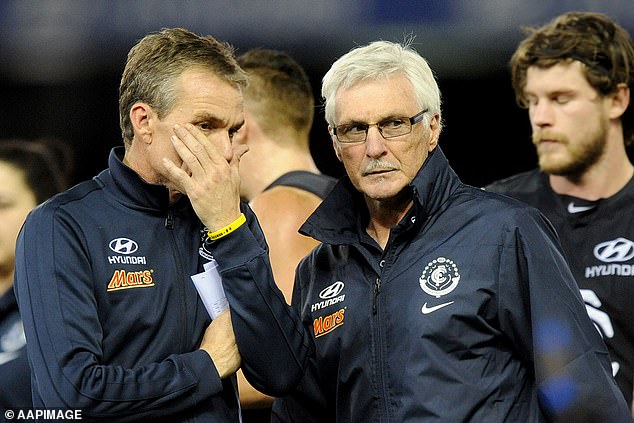 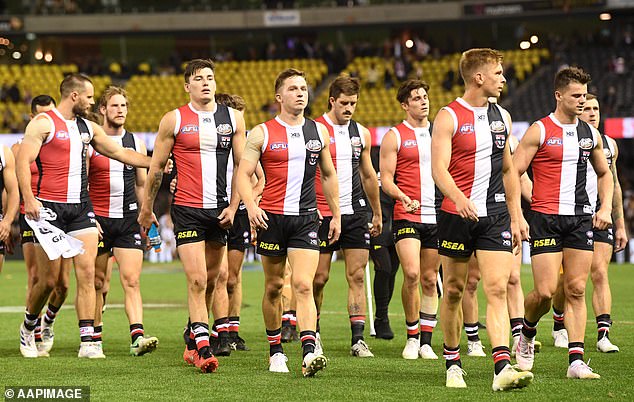 Since 2017, one AFL game has been played in China every season.

Tensions have risen between China and Australia after Australia backed the decision to launch an inquiry into the start of coronavirus.

Scientists have said they believe the virus jumped from bats to an unidentified intermediary species before infecting humans at a Wuhan wet market where wild animals are kept in cages, slaughtered and killed for meat.

The wet market is located not far from the Wuhan Institute of Virology, a biosecurity level four laboratory which researched bat coronaviruses, and the level 2 Wuhan Centre for Disease Control which also collected bat coronavirus samples.

China has been accused by some of covering up the severity of the pandemic after it started, costing the world vital weeks of preparation time. 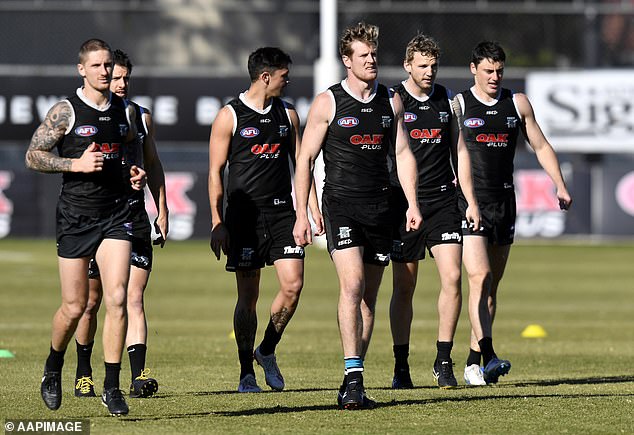