One man has been shot and another female suspect is in custody after leading California police on a car chase in a UPS truck that involved one hostage.

The Santa Clara Sheriff’s Office said a UPS driver was taken hostage Thursday evening in the truck that led police on a car chase, which ended in an hour-long standoff.

The female suspect exited the vehicle and was taken into custody.

One armed suspect remained inside the vehicle and shot at officers before fleeing on foot and being shot himself.

The hostage has been rescued by police.

Two suspects held a UPS driver hostage and took the truck on a police chase in San Jose, California 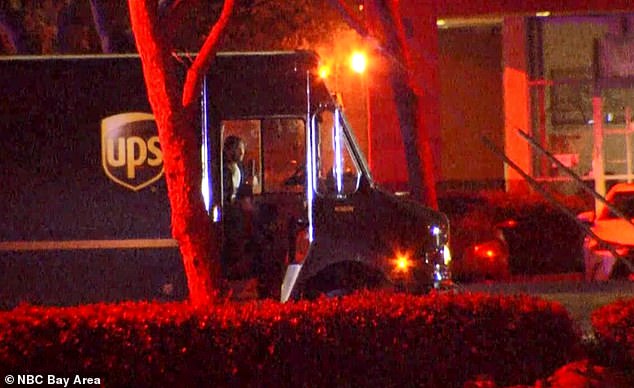 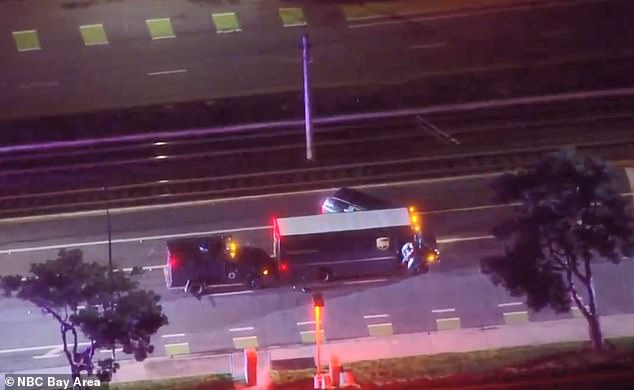 The chase led to an hour-long standoff with California, police

The chase began near Chynoweth and Pearl avenues in San Jose around 5.15pm local time and came to a stop about 30 minutes later, the Santa Clara County Sheriff’s Department said in a tweet.

The suspect has been identified by his friends as Mark Morasky, the father of a one-year-old daughter, though it has not been confirmed by police.

He reportedly shot at deputies during the pursuit.

That led to an hour-long standoff with cops which ended around 7pm local time when the man tried to run from the UPS truck and was shot.

Dramatic video shows the moment the male suspect exited the UPS truck with a shot gun on hand and fled through a parking lot on foot. 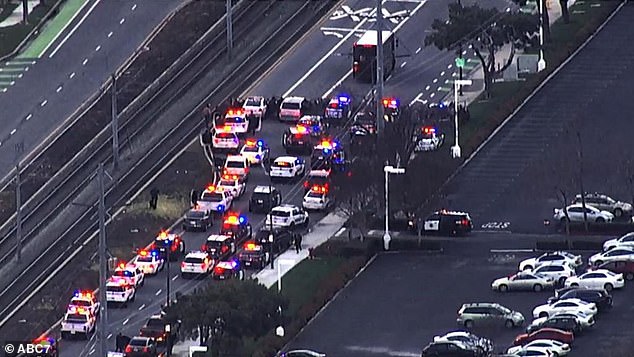 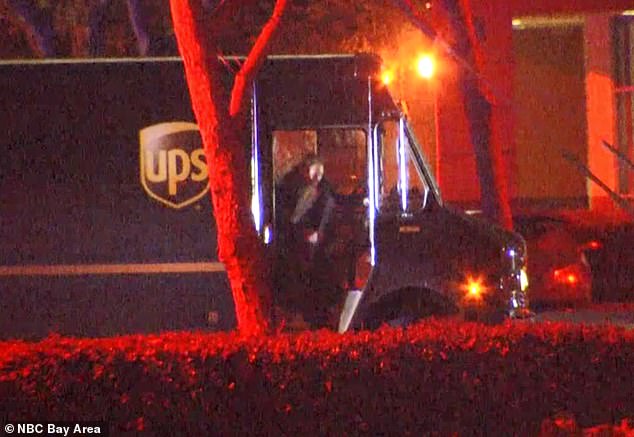 Moraksy’s friends say they were speaking with him during the standoff and tried to talk him into surrendering, according to ABC 7.

They said the San Jose man was crying from inside the truck and wanted his friends to tell dispatch to ‘back up and give him time to make his phone calls and be okay with his decision of giving himself up to do life in prison because he’s a two-striker.’

Aerial footage also caught a the female suspect walking with her hands up towards deputies after exiting the truck.

The hostage had been rescued and the female suspect was taken into custody before the standoff ended.

UPS spokesperson Kyle Peterson said the company was working with local authorities to investigate the situation. 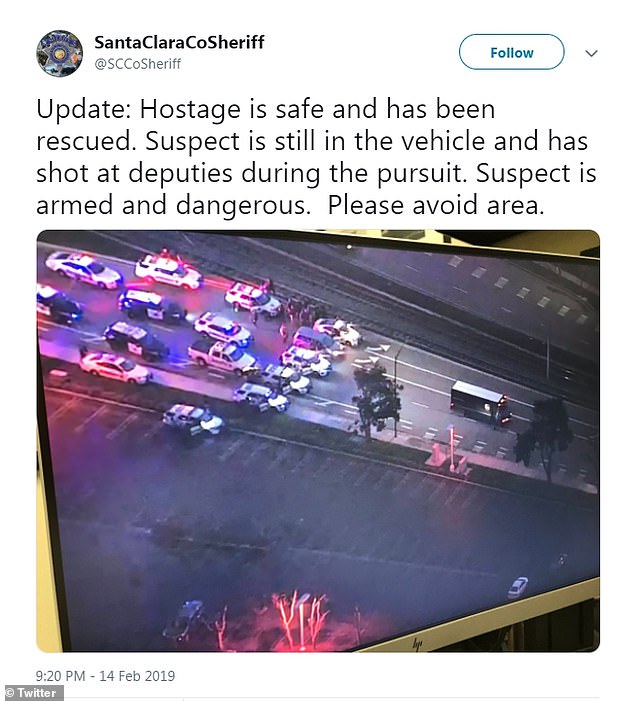