Sydney’s virus cluster spreads: Thai restaurant in the CITY is rocked by a positive case – sparking fears infections can’t be contained to the west

By Jackson Barron For Daily Mail Australia and Aap

A second Thai restaurant in Sydney has been linked to coronavirus after a staff member tested positive.

NSW Health has urged anyone who visited Thai Rock in Potts Point for more than two hours between July 15 and 25 to be tested.

Patrons have also been urged to isolate for two weeks from the date they visited the restaurant.

The venue has the same owners as Wetherill Park Thai Rock restaurant, which has become the biggest cluster in NSW with 67 cases.

The positive case is the second linked to the Potts Point restaurant after a confirmed COVID-19 case visited on July 17.

The new cases have sparked fears the second wave of coronavirus infections in Sydney could spread east after being mainly contained to the western suburbs.

NSW Health have began contact tracing to confirm the origin of the new infection.

Customers who visited Tan Viet Noodle House in Cabramatta between 1 and 2pm on July 22 and An Restaurant in Bankstown between 9 and 11am on July 23 have been told to isolate.

Georges River Grammar School in Georges Hall has been closed for deep cleaning after a student was confirmed to have coronavirus.

New South Wales recorded 14 another cases on Sunday, with six of the 14 new cases associated with the Thai Rock Wetherill Park restaurant cluster while two are linked to Our Lady of Lebanon Church in Harris Park. 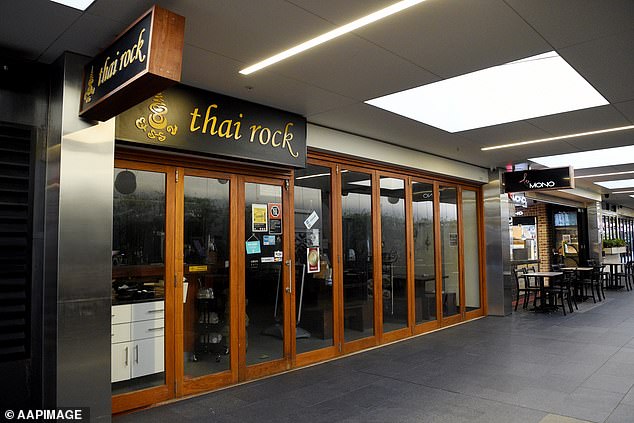 Four are associated with a cluster tied to a funeral service at St Brendan’s Catholic Church in Bankstown last Saturday morning.

NSW Health says isolation and testing are musts for everyone who attended the service, a burial at Rookwood later that day and Mount Pritchard’s Our Lady of Mount Carmel the next day, July 19.

Those at a July 16 service at St Brendan’s and at a Fairfield funeral home on July 17 must also heed the same advice to ‘isolate, get tested for COVID-19 regardless of any symptoms, and continue to self-isolate for 14 days even if the test is negative’, the health department says.

Testing clinics are available at GPs, hospital and in a carpark in Fisher Street, Cabramatta.

No new cases were linked to the Crossroads Hotel or Batemans Bay Soldiers Club clusters. 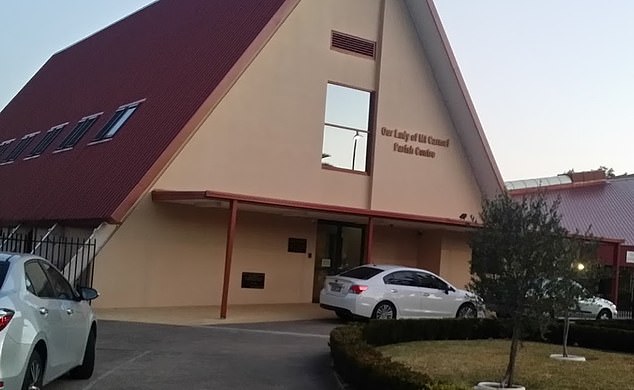 The cluster at the Crossroads Hotel at Casula in Sydney’s south-west stands remains at 56 and has since reopened.

Three new cases recorded in the 24 hours to 8pm Saturday were returned travellers while one case remains under investigation.

More than 25,100 tests were reported across that time after a record 30,535 were processed in the previous 24 hours.

The number of people being treated by NSW Health rose by two to 99.

Four remain in intensive care, including one on a ventilator.

Advice to avoid all non-essential travel and gathering remains in effect.

‘Of particular concern is transmission in venues such as hotels and restaurants, the gym and social gatherings,’ the health department said in a statement.

‘Consider using a mask in situations where you are unable to social distance, particularly indoors.’ 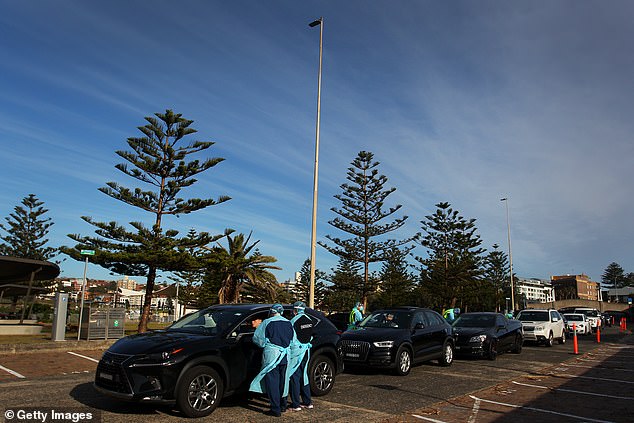