Wild Oats XI has slipped into controversy following its win in the Sydney to Hobart race amid allegations a race rule was broken.

The nine-time winning yacht is said to have had its Automatic Identification System (AIS) turned off, The Daily Telegraph reported.

Second-placed Black Jack owner Peter Harburg said the race rules deemed the AIS transponder had to be on.

‘The AIS means there are no secrets. We know where everyone is, they know what speed we are doing, what direction we are going,’ Harburg said. 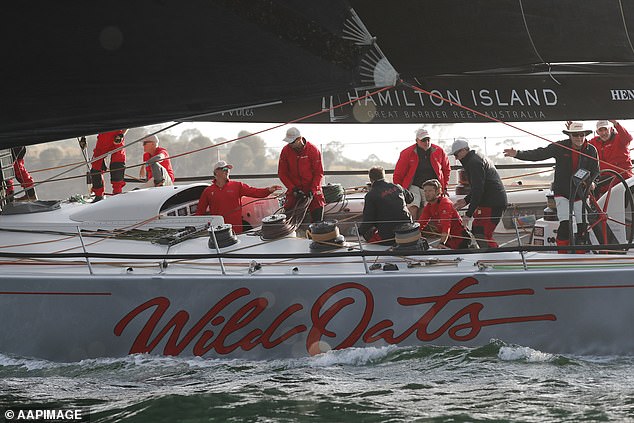 Harburg said the blackout put him and other racers at a disadvantage.

Without the right information he could not keep track of Wild Oats during the race.

Even so, Harburg and skipper Mark Bradford said they did not intend to protest the win.

Though they urged the race committee to look into the situation.

Boats have up to six hours after finishing to lodge an official protest.

Wild Oats navigator Juan Vila said he turned on the AIS transponder and thought it had been on for the entirety of the race.

The controversy is the latest in a string of stuff-ups to surround the yacht.

Only last year Wild Oats crossed the finish line first, though was slapped with a time penalty for an infringement.

A one hour penalty was handed down after the boat had a near collision with competitor Comanche near the start of the race.

An embarrassed crew had to subsequently hand over their win to their rival as a result.

Though this year the controversial yacht seemed to safely hold onto its win.

Wild Oats managed to outpace her rivals in the home stretch of the race.

Skipper Mark Richards and his 20-strong crew pulled the yacht ahead of her rivals and stole the yacht’s fastest time on the Derwent River.

The winning yacht sailed into Darwin just after 8am on Friday to steal the line honours.

‘It’s a day of redemption for us that’s for sure. We’re so happy with the result,’ Richards said. 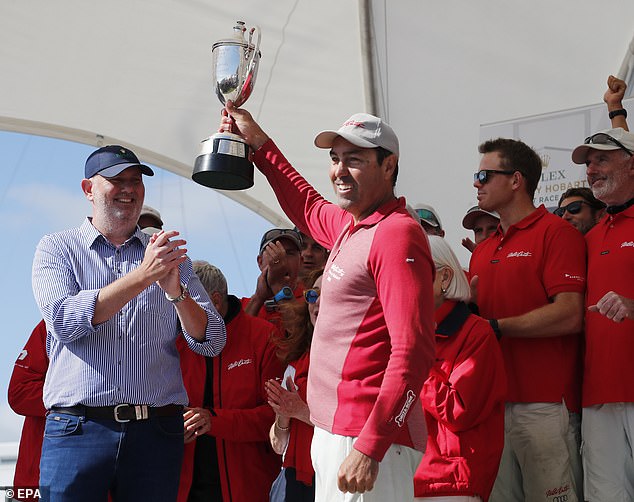 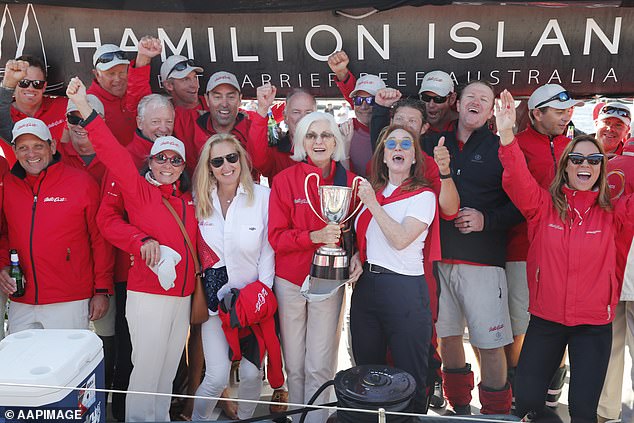 Skipper Mark Richards with crew, family and friends as they celebrated the win on Friday

The winning yacht finished the race in one day, 19 hours, seven minutes and 21 seconds.

Outsider Black Jack was just 28 minutes behind, followed narrowly by Comanche and Infotrack.

All four supermaxis were in the River Derwent at the same time in one of the closest races in the event’s history.

‘It was an amazing contest all the way until the end and I take my hat off to all of the maxi boats,’ Richards said.

The quartet was at times separated by just a few nautical miles down Tasmania’s east coast on Thursday before Wild Oats XI made an overnight gamble to sail a wider route. It paid off.

‘We got a little break at Tasman light,’ Richards said.

‘We basically sailed around the opposition and got ourselves into a position where the breeze filled in from the southwest – this morning we were in the right spot.

‘That was a game-winning manoeuvre right there.’

Richards and his crew were greeted by hundreds of fans at Hobart’s Constitution Dock at the conclusion of the race’s 74th edition.

This year’s fleet has been reduced to 80 yachts, with Calypso retiring due to steering issues late on Thursday night. 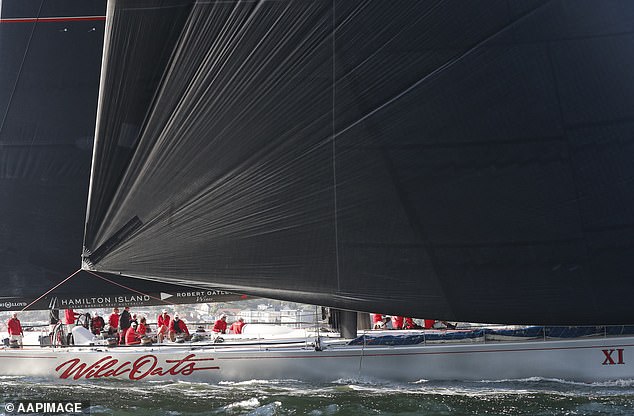