Today Show Sylvia Jeffreys has clashed with an Australian senator who defended the acting Prime Minister after he compared the raid on US Capitol by Donald Trump supporters to Black Lives Matter marches.

Michael McCormack came under heavy fire on Monday for saying ‘all lives matter’ as he refused to apologise for comparing last week’s raid on the US Capitol with protests last year.

He described Trump supporters’ raid on the Capitol as ‘unfortunate’ and ‘similar to those race riots that we saw around the country last year’.

Federal senator Matt Canavan was quick to defend the acting prime minister when he appeared on the Today show on Tuesday and said he agreed with Mr MrCormack.

‘I thought he had a great day as he spoke common sense and you get criticism these days for speaking common sense,’ he told the program.

‘Michael was right to condemn all types of violence.’

‘The Black Lives Matter movement has been responsible for untold amounts of damage.’ 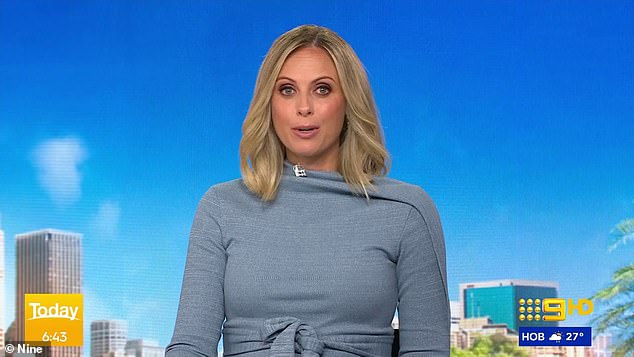 He was interrupted by a fired-up Jeffreys again as the pair begin talking over one another.

‘Ninety-five per cent of Black Lives Matters protest were peaceful, you’re saying you didn’t see a difference between the BLM protests and a siege on the Capitol building in Washington?’.

Senator Canavan hit back, claiming 90-95 per cent of attendees at last week’s Trump rally were peaceful as well.

‘That doesn’t mean they should be criticised like the BLM movement, who have failed to reign in their own supporters.’