Taliban is intensifying hunt for Afghans who worked for US and UK, UN warns

Taliban is intensifying hunt for Afghans who worked for US and UK as they go door-to-door to threaten relatives, UN report warns despite the terror group’s claims of an ‘amnesty’

Taliban militants are intensifying their hunt for people who worked with UK, US and Nato forces in Afghanistan, according to a confidential report to the UN.

Jihadists are going door-to-door to threaten relatives of civil servants, interpreters and other consular staff, while other militants are even stopping people outside Kabul airport.

Despite the Taliban’s claims of an ‘amnesty’, terrifying video today showed fighters spraying assault rifle bullets just yards away from women and children gathered at the airport’s perimeter.

The UN dossier leaked to The New York Times says the Taliban are ‘arresting and/or threatening to kill or arrest family members of target individuals unless they surrender themselves to the Taliban.’

It was filed to the UN by the Norwegian Center for Global Analyses, a group which provides intelligence on global conflicts. 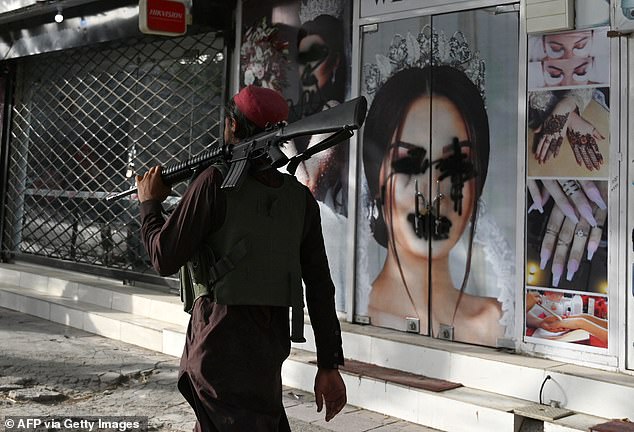 It contained a letter dated August 16 from the Taliban to a senior counter-terror official in Afghanistan who had worked alongside the US and British officials.

The letter ordered the man to report to the Military and Intelligence Commission of the Islamic Emirate of Afghanistan in Kabul. If he failed to do so, it warned that his family ‘will be treated based on Shariah law.’

Senior Afghan officials told The Telegraph they have been forced into ‘deep hiding’ to avoid the marauding fighters who they suspect have gained access to government employee databases.

Earlier this week, former British Army officers told the same paper that hundreds of elite Afghan soldiers had gone into hiding and were trying to flee the country.

The units were made up of the Taliban’s most feared enemies and there are fears that they are intent on exacting revenge.

Already, harrowing footage has emerged of the jihadists carrying out brutal executions of former government officials who surrendered.

A video circulating on social media purports to show the chief of security for Baghis province, Haji Mullah Achakzai, being slaughtered by machine gun fire.

The militants continue to fire rounds into his head even when it is clear that he is dead.

Mr Achakzai had reportedly surrendered to their commander a few days ago.

Another senior figure in the former government, who spoke to The Telegraph anonymously, said that he had been targeted for his view that women and girls should be educated.

When Kabul fell on Sunday, militants visited his home and he was questioned without threats. 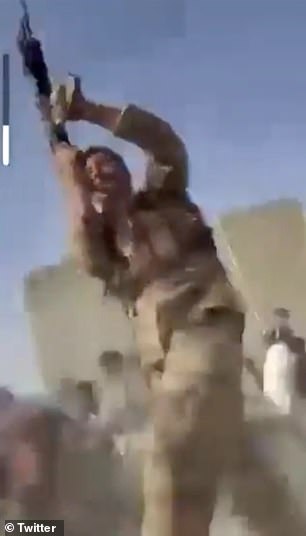 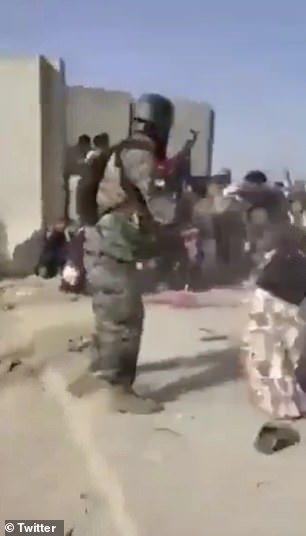 But since Tuesday, when the Taliban gave a press conference proclaiming an amnesty, he became aware that the opposite was true and chose to go into hiding.

Since then, he has learned that the jihadists have visited his house more than a dozen times in the last three days, asking his family for information.

‘My house [has] now become probably their hourly point of search and my kids are deeply terrified,’ he told the paper. ‘The moment they knock at the door all kids start crying. They think they will be killed.’

He said he did not qualify for the UK’s Afghan Relocations and Assistance Policy (ARAP) because he had not been formally employed by the British government.