The Liberal Party has won a historic third term in Tasmania with ongoing vote counting still to determine if they will govern in majority.

With more than half of the votes counted, the Liberals are expected to win at least 12 seats, one short of a majority in the state’s 25-member lower house.

Premier Peter Gutwein has vowed to quit if he is unable to secure a majority meaning another Liberal could lead Tasmania if the government fails to secure a 13th seat.

Tasmanian Liberal leader Peter Gutwein voting on Saturday in the state elections in Launceston. He is pictured with his wife, Mandy 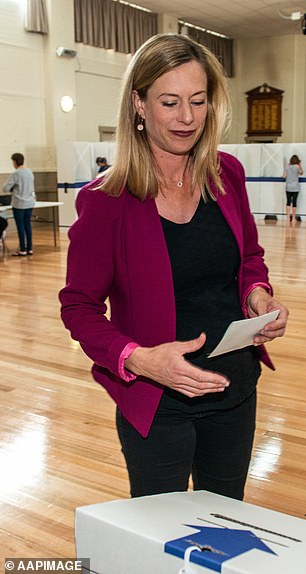 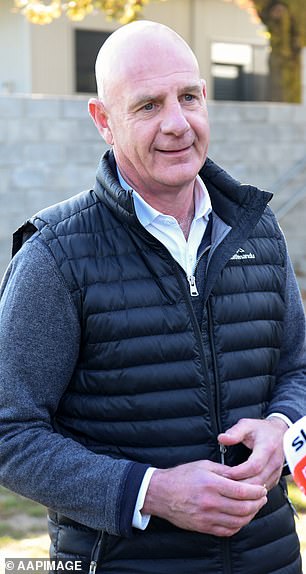 ‘It’s clear that we have fallen short of our goal to win majority Labor government,’ she told the Hobart tally room on Saturday night.

‘I rang Peter Gutwein to congratulate him on his re-election and his impressive personal result.

‘All around the country we have seen incumbent governments rewarded for their management of COVID-19 and there is no doubt that Peter Gutwein and our public health officials kept our community safe and tonight’s result reflects that.’ 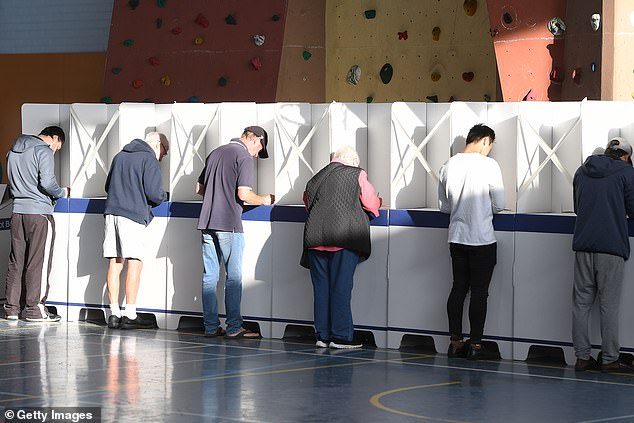 Tasmanians fill out their ballot forms on Saturday in Hobart. The Liberal Party won an historic third term 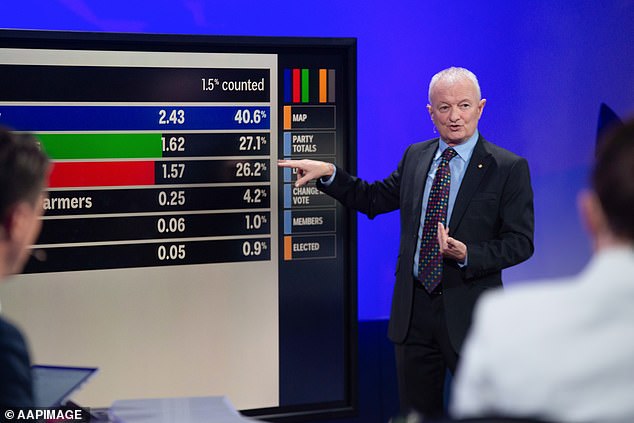 Respected election analyst Antony Green outlining early numbers in the Tasmanian election, which has been won by the Liberal Party

‘But there’s no other government in that chamber.’

The Hobart electorate of Clark shapes as the crucial race with independents Kristie Johnston and Sue Hickey both polling strongly.

Victory in one of the two in-doubt Clark seats could deliver the Liberals a majority, while independent success could give rise to a kingmaker.

Mr Gutwein called the election after Ms Hickey quit the Liberals, plunging the government into minority.

The ABC is calling six seats for Labor and two for the Greens with five remaining in doubt.

The Greens picked up a healthy swing to ensure leader Cassy O’Connor and colleague Rosalie Woodruff will be re-elected.

Independent upper house MP Meg Webb said the major parties’ refusal to entertain a minority government was a slap in the face to the Tasmanian people.

‘It’s worse than turning their back, it’s actually childish,’ she told Sky News.

‘It’s a tantrum approach to democracy.’