Taylah Pearson, 22, was being driven by her friend when it crashed on Thursday

The family of a young woman who suffered severe head injuries when she was thrown from a quad bike have made the devastating decision to turn off her life support.

Taylah Pearson was a passenger on the bike when it crashed and flipped at about 8.30pm on Thursday at a private property on Old Home Hill Road in Mcdesme, on the north coast of Queensland.

The 22-year-old was rushed to Ayr Hospital and later airlifted to Townsville University Hospital.

Ms Pearson remained in a critical condition until her family turned her life support off on Saturday night. She died on Sunday morning.

Brendan Bunyan, who played rugby with the man accused of driving the bike Ms Pearson was on, said the death had shaken the community. 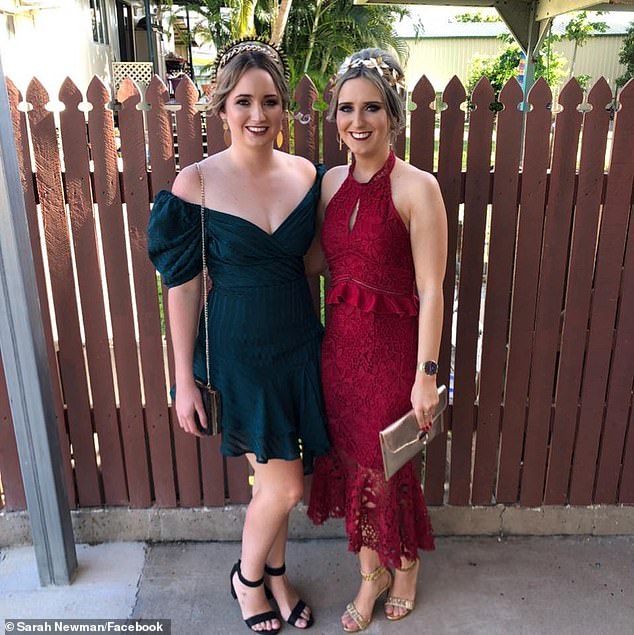 ‘I am so thankful for every memory we had together and I will cherish them forever, her friend Sarah Newman (pictured right with Ms Pearson) wrote

‘It makes me crook to see a life taken and it’s definitely a sad time… It hits a small community like ours worse,’ Mr Bunyan told The Courier-Mail.

‘A lot of the lads I know when they heard, they were devastated – she was a friendly girl and had a lot of friends.’

Other friends penned heartfelt messages to the 22-year-old on Facebook.

‘I am so thankful for every memory we had together and I will cherish them forever,’ one woman wrote.

‘You will always be one of my best friends and I am so glad you were apart of my life. Rest easy Tay. I love you.’ 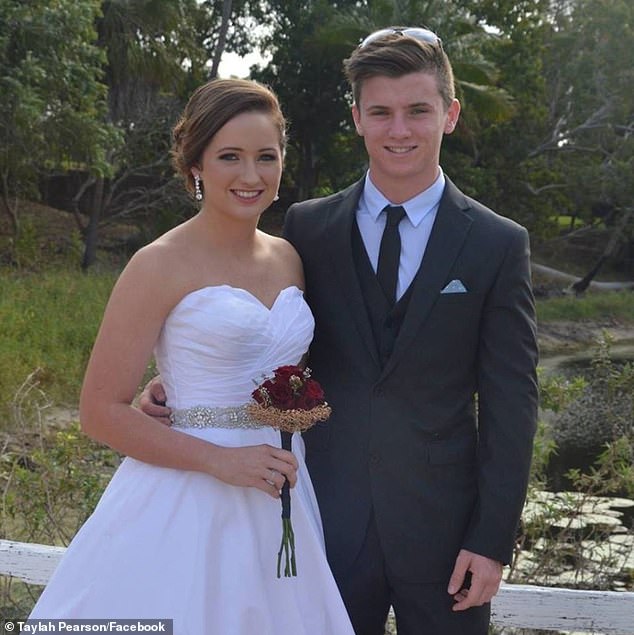 Another wrote: ‘Fly high Taylah Pearson. Your bubbly, happy and cheerful personality will be missed by everyone. I hope they have plenty of country music playing and beer up there for you.’

Investigations are underway to determine the cause of the accident.

Queensland Police confirmed three quad bikes carrying five people were travelling together when the bike Ms Pearson was on flipped over.

The 23-year-old male driver was not seriously injured in the accident.

A second driver, 22, was charged with drink driving, not wearing a helmet, driving unregistered and driving uninsured.

A 21-year-old man who was driving the third bike has also been charged with drink driving.

Both men will appear in court on August 17.