Abraham allowed cameras to shoot her operation on her private parts in December, but then was subjected to a torrent of online hatred and abuse on social platforms.

However the star boasted that her life is better and she feels ‘healthier’.

The 28-year-old refuses to be affected by the trolls, but has concerns about her 10-year-old daughter Sophia’s life online.

During an exclusive interview with DailyMailTV, Abraham also revealed her difficulties finding a boyfriend who can match her demands and business drive. 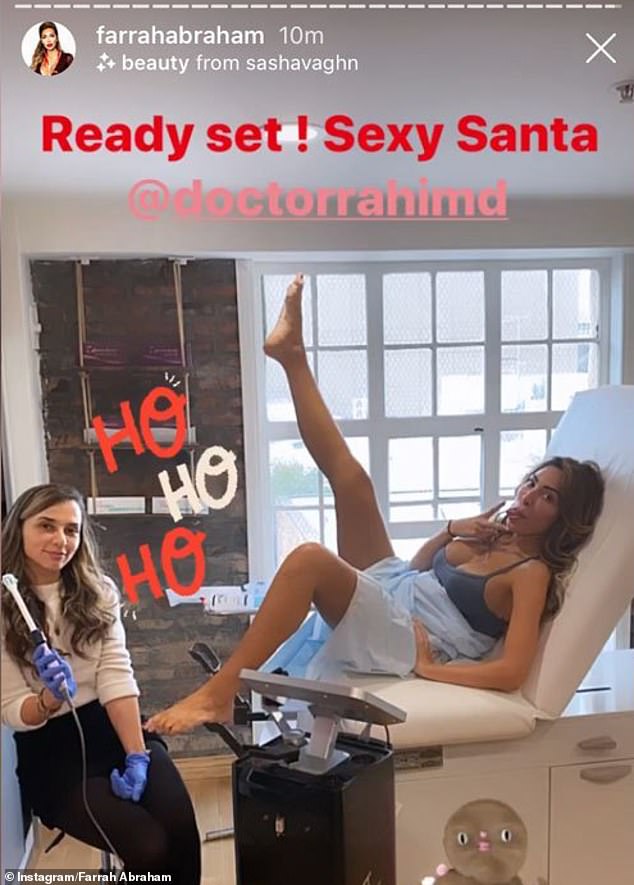 Abraham previously has vaginal rejuvenation procedures conducted by Dr. Sheila Nazarian – and wasn’t shy to bring to cameras along as well.

She hinted that well-endowed lovers may not be in the cards.

‘My life is way different. I will not date certain types of men because of my procedure. I should say it like that. I am single I am allowed to say that.’

Explaining her decision to allow cameras into her intimate ares, she explained: ‘We went live on Instagram and people actually loved it. A lot of women and men, who are purchasing these procedures for wives and those who have had kids, wanted to know what the down time was. 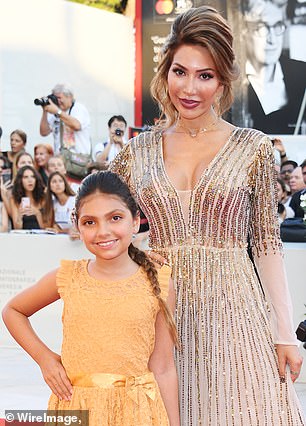 Abraham gained fame for starring in MTV’s 16 and Pregnant and then Teen Mom, which followed her pregnancy with daughter Sophia, 10

‘And there really is no down time. And that is why we went live on social media. That is why we worked with Dr. Nazarian, being open, being social and having so much fun makes it less scary.

‘There was no pain. I was like, if something bad happens it is live on Instagram and people are going to know if she is going to mess up.

‘It was no pain, we had fun and everything healed amazing in less than a week. I was super excited how it turned out.’

She added: ‘Mentally and physically you are taking better care of yourself, health wise whether it is with your feminine health or mental health. Looking good feeling good always helps you feel healthier.’

Abraham, who shot to fame on the reality series in 2009, refuses to become upset by the hatred she faced online.

But she has worries about the language she faces currently.

‘I would say I am not impacted by any hatred or negativity on social media.

‘When it comes to cyber bullying for younger kids – because I do have a daughter – Facebook, Instagram, their filters are not working, when it comes to saying hateful things

‘You have young kids killing themselves over this. And also I feel with terrorists saying hateful and awful things about Americans. And just worldwide people saying they want to kill this person and that person.

‘I think the world should be about having fun and comedy and making viral videos that are happy make everyone’s day bright and beautiful.’ 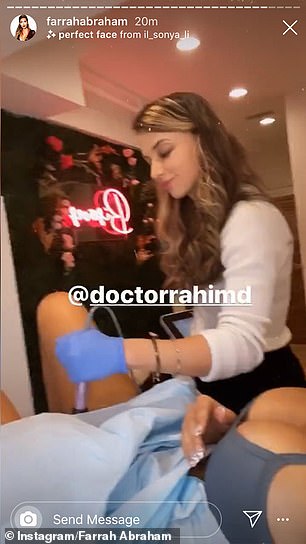 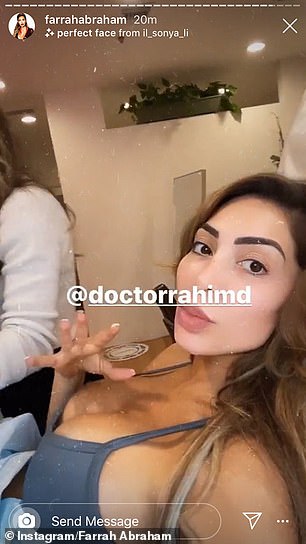 Explaining her decision to allow cameras into her intimate ares, she explained: ‘We went live on Instagram and people actually loved it’ 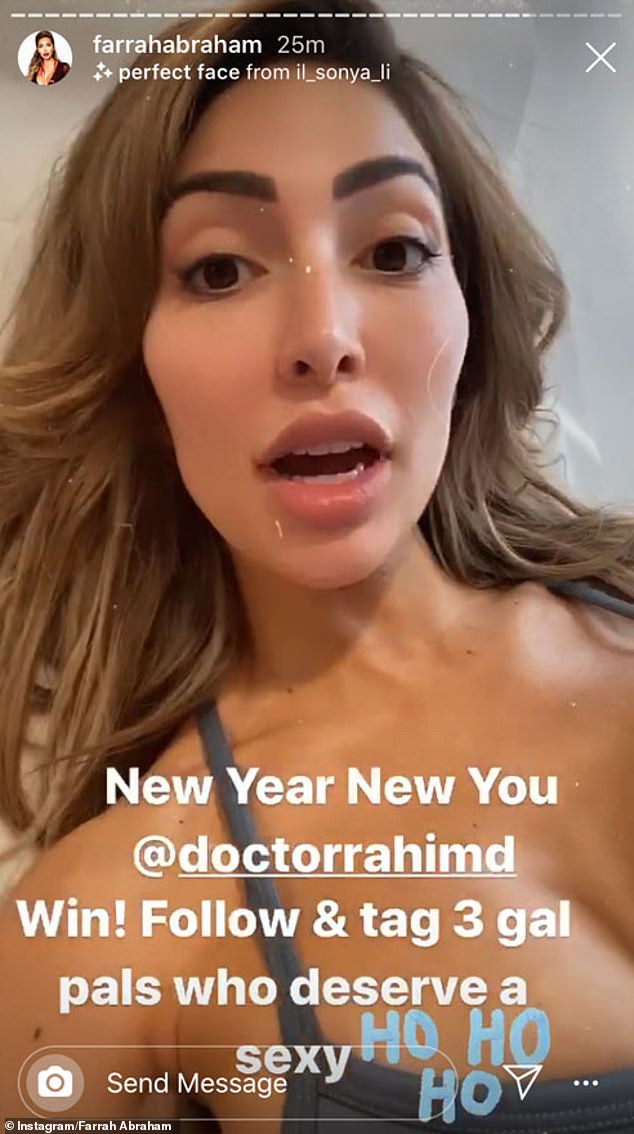 Farrah told DailyMailTV that she’s happy with the results of her procedure. ‘It was no pain, we had fun and everything healed amazing in less than a week’

Abraham, whose daughter’s father died in a car accident, says she has struggled to find love.

She feels that very few men measure up to the attributes she brings to the table.

‘The world is a very fickle mistress, I will say it like that. I used to have some people tell me, date someone for a year, get to know them and see them. I have had some really crazy relationships.

‘And men over stepping their boundaries. I am very much about a man being a man and a woman being a woman. And I am all about power couples like Jay Z and Beyonce.

‘It is a rarity you do not find that every day. I know that Jimmy Kimmel and everyone are saying that women are resorting to dating fish – that is how bad the spectrum is to dating. I am back in my bachelors program and I am not focused on dating. But when I do date, I am not really intrigued right now. 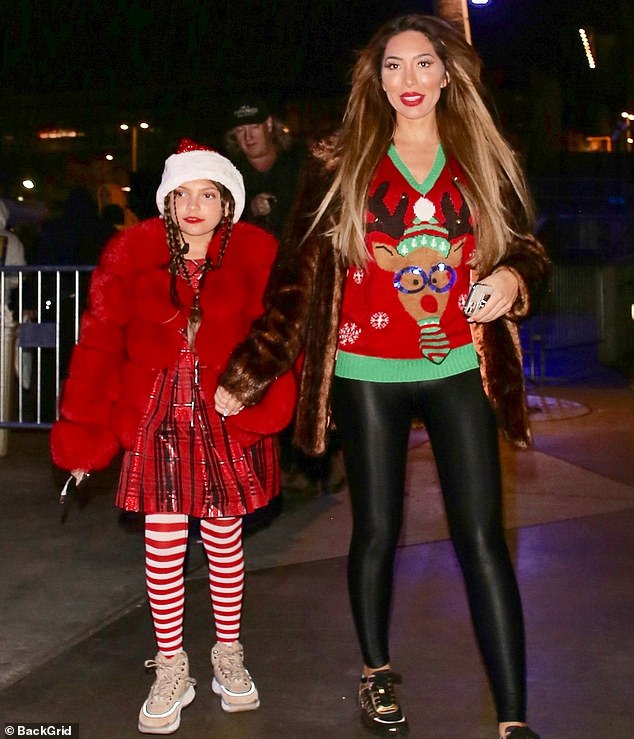 ‘With all my life experiences I feel like I have lived about five different lives from successful businesses to TV shows to being creative. And I do feel like I will find a man that fits my goals and aspirations and someone to help me with those and be a partner in that.

‘A person needs to be a serial entrepreneur like myself . And I have only seen very few men who can do three things at one time. Some men can only do one thing at one time, and I am like, you have got to do it all. And when it comes to first dates… I am not one for a drink and a date. I am like, I will meet you in Bali, let’s go have an experience. I take it to another level. I am a whole lot of fun.’