A 17-year-old high school senior who died saving his family from a fire saved at least four others through organ donation last week.

Xaven Garcia from Albuquerque, New Mexico woke up late at night on Sunday, November 14 and rushed to drag his father out of the house — but when his father went back in to look for Xaven’s sister, the teenager soon followed and didn’t make it back out aline.

But his mourning family is holding on to one source of comfort: Xaven was a registered organ donor, and his heart, spleen, liver, and kidneys have now saved the lives of four others. 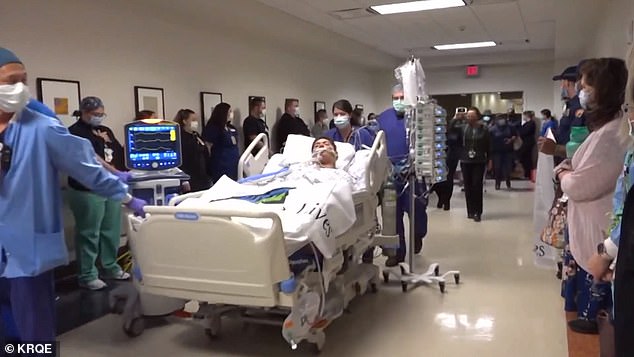 Because he was an organ donor, he went on to save at least four more lives with his donation

Xaven and his father, Phil, were watching football on November 14 when Phil retired to his bedroom, leaving Xaven to sleep on the couch.

Phil told the Albuquerque Journal that the next thing he knew, the house was filled with flame and smoke, a fire having broken out around 11 pm. He suspects it was caused by a space heater in his son’s room.

It was his son who woke him up, screaming  ‘Dad, dad, you need to get out — the house is on fire.’

‘He’s the one that alerted me,’ Phil told KOB4. ‘He pulled — I couldn’t wake up. He’s the one that grabbed me, picked me up, pulled me out of the house and that was, I can’t believe he did that. He was a big strong kid.’

Outside, Xaven started to work to try to put out the fire with a house.

But Phil thought his daughter — who was actually still at work — was inside, and returned back to the burning house to find her. He told his son firmly to stay where he was. 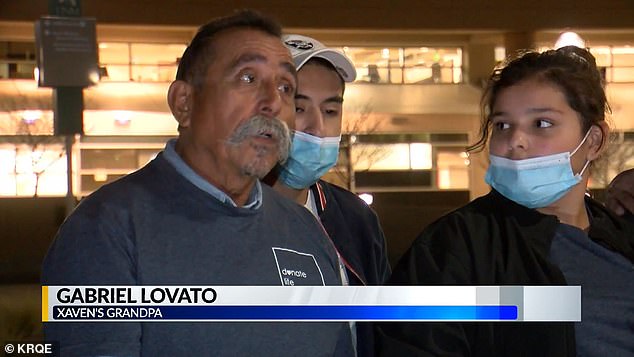 ‘What really helps is feeling that parts of him are still alive. And he’s helping people out somewheres else,’ said his father 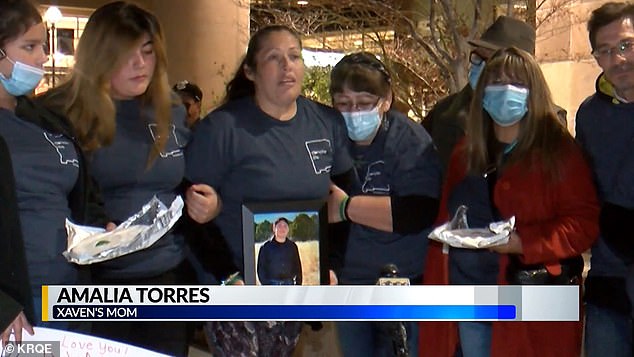 The fire broke out in his home late on Sunday, November 14. Xaven rushed to get his father out, but he went back in and perished

Inside, Phil collapsed due to smoke inhalation. Fortunately, he managed to break a window and climb out, but when he was back outside, he noticed that Xaven had run back inside too — likely looking for his dad, his sister, and their two cats.

Just after midnight, firefighters arrived and pulled Xaven out o the house.

‘When they pulled him out of the fire, I just lost it,’ Garcia said. ‘I was in the middle of the street screaming, trying to get to him.’

Xaven was rushed to the hospital, but his the damage was done. Phil kept him alive for over a day, hoping for brain activitiy, but on Tuesday he was pronounced dead.

‘They think that he died pretty much instantly because the black soot filled his lungs and killed him instantly,’ Phil told the Albuquerque Journal. ‘There were no signs of him struggling or suffering in any way, shape or form.’

At the hospital, Phil learned that Xaven was a registered organ donor, having agreed to it when he got his learner’s permit months before.

Xaven may not have realized he was agreeing to that, but it is certainly what he wanted: In fact, just a day before the fire, he’d expressed that desire to his dad. 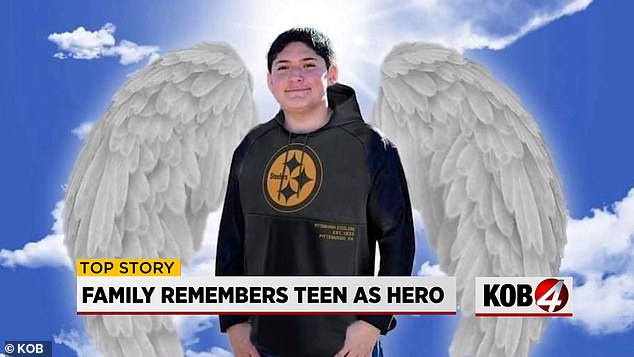 ‘They think that he died pretty much instantly because the black soot filled his lungs and killed him instantly,’ his father said 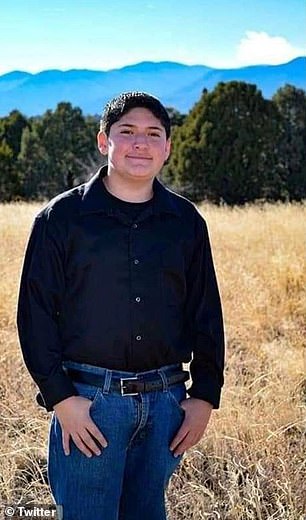 ‘It makes your family feel at peace knowing you’re saving another life,’ added one of Xaven’s moms

‘We were watching something on TV and I was pulling something out of my wallet, and I’ve got nimble fingers, dropped it, and my license popped out,’ Phil told KOB4.

‘And he noticed and said, “What’s the heart for?” and I told him it was for, to be an organ donor if something tragic happened. And he just looked at me and goes, “I’m gonna get that done.”‘

As healthcare workers at UNM Hospital prepared to retrieve his organs, Xaven’s family escorted him to the operating room, where hospital staff, friends, and more relatives lined the walls.

Phil believes that Xaven’s heart went to Colorado, while his liver was donated to another 17-year-old boy in New York.

‘What really helps is feeling that parts of him are still alive. And he’s helping people out somewheres else. You know? Because that’s what he wanted to do,’ he said. ‘He’s going to be saving up to eight people’s lives.’