Teenage girl who planned to travel to Syria jailed

Muslim convert Sandeep Samra, 18, has been jailed after she planned to travel to Syria to commit acts of terror

A teenage girl who planned to travel to Syria to commit terrorist acts after being radicalised in online chatrooms has been jailed for three-and-a-half-years.

Muslim convert Sandeep Samra, 18, became frantic to obtain a new passport after her original travel documents were cancelled, frustrating her hope of ‘going for death’ in the so-called Islamic State.

Birmingham Crown Court was told Samra, of Coventry, wrote ‘May Allah give me death in the cause’ in a social media message shortly before her arrest in nearby Old Church Road last July.

And when police trawled though her mobile phones they found videos of an Isis fighter carrying out an execution, while a message was recovered stating that Samra intended to ‘join in with the brothers.’

The health and social care student, originally from a Sikh background, told the court her ‘jihad’ would have been working as a nurse in Syria.

Rejecting that claim and jailing Samra, the Recorder of Birmingham, Judge Melbourne Inman QC told the teenager: ‘You were intent on leaving the UK to travel to Syria as quickly as possible. 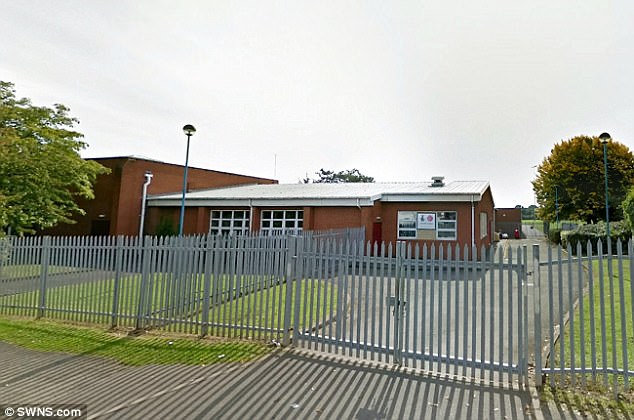 Samra became desperate to get a new passport after her original travel documents were cancelled. She asked staff at her old school, Lyng Hall School, to countersign documents

‘You were deeply radicalised and in possession of the most extreme material, which you were effectively training yourself to watch given the horrific nature of it.

‘Fortunately you were found and stopped before you were ever able to in fact travel.’

The judge, who ordered Samra to serve an extended one-year licence period after her release, praised her family and staff at her former school for involving the police in attempts to halt her radicalisation.

A two-day trial-of-issue was told Samra’s messages on WhatsApp and the Telegram app suggested she intended to carry out acts of violence in support of Daesh.

In her evidence to the court, Samra, who is from a Sikh family, said she explored the religion further while on remand after deciding Islam, which she still respected, was ‘not something for me’.

The teenager pleaded guilty to a single count of engaging in conduct in preparation of terrorist acts by planning to travel to Syria between June 1 last year and July 31. 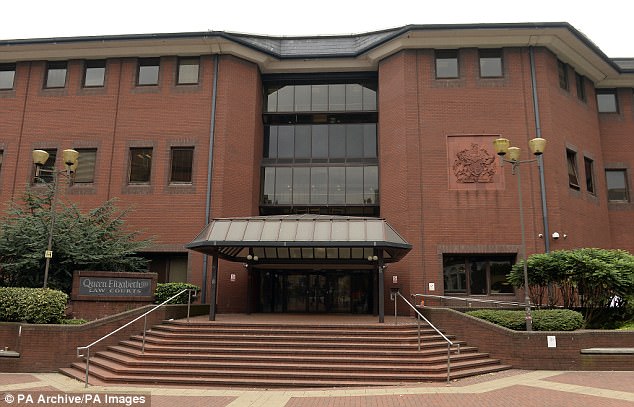 At Birmingham Crown Court, Samra said her ‘jihad’ would have been working as a nurse in Syria. But a judge rejected her claims and jailed her

Opening the Crown’s submissions, prosecution QC Sarah Whitehouse told the court: ‘In July 2015, when she was 16 years old, it is apparent from WhatsApp messages found on her telephone that she had become a supporter of Islamic State.’

The court heard Samra applied for her first passport in September 2015 but it was handed to the police by the teenager’s father a month later, after teachers became concerned and reported her to an anti-extremism team.

The passport was then cancelled but Samra lodged a new application in June 2017, becoming ‘quite frantic’ as she asked staff at her old school to countersign documents.

Samra was arrested a month later by police who seized her mobile phone, which showed she was making plans to travel.